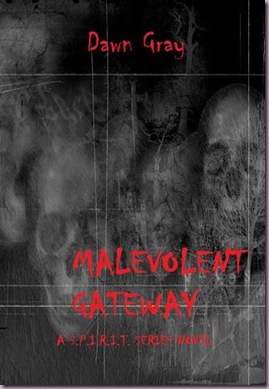 Anna returned hometown Burke Flats because her ghost friend said she must come and help solve the evil surrounding the marsh. She knocks on the door of her friend Blake and together they prepare for the final battle against this evil. But when Anna runs into the SPIRIT team leader Will Stiles she knows that this time they might actually solve this problem.

Together Anna, Will and the team sets out to discover what is turning the marsh into a graveyard, yet no bodies were ever found. As they start revealing the secrets around this marsh, everyone is shocked at what caused it. Together they fight back to set things right and give the lost souls the rest they are so desperately looking for.

Suspense, Suspense and Suspense. A hell of a ride again from author Dawn Gray. The SPIRIT team delivers yet another epic adventure that will leave your nerves in scatters. I was hooked immediately and couldn’t put his down until I was done. The characters and plot is was very well executed and you wont be disappointed. Gray make sure that you’re nerves are all over the place. I was turning pages as fast as I could to discover the reason why such evil was loose and killing. Well deserved five stars and I recommend this to all.

The Green Mountains of Vermont is a wonderland of picturesque valleys and hills, a landscape of fields and small towns that are hidden treasures. However, they can also hide many secrets.
Burke Flats, located in the upper right hand corner of the state, the Northeast Kingdom, has many skeletons in its closet.
Lieutenant Will Stiles and his group of men, the S.P.I.R.I.T. team, are called in to investigate the strange happenings around the marshlands of Burke Flats. For generations the marshes have been a place of ghostly lore, disappearances, and strange deaths.
Anna and Blake call the Flats home, but when the deaths begin to pick up in numbers they are more than happy to have the help of the military’s new elite. Will having the S.P.I.R.I.T. team so close open up a world of evil that they aren’t prepared for? Can a member of a different unit help spread some light on the subject? Join Anna, Blake, Will, and his team in a fight against a stronger malevolent presence than anyone ever expected. 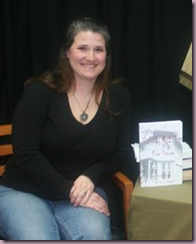 Being raised in both the Northeast corner of Vermont and one of the larger cities in Massachusetts has given Dawn, a divorced mother of three, the unique ability to mix the spookiness of a small town ghost story with the fast pace action of city life.
Island Pond, Vermont was every child's wonderland, with looming mountains and small towns nestled in the valleys, its simple lifestyle gave Ms. Gray the ability to let her imagination run wild, thus creating her unique style of writing, where the stories speak for themselves.

Big city living, in her teenage years to the present allowed her to harvest that energy and creativeness to bring to life some of the most unique characters, such as Michael Raven and Julian Deveraux.

Although Vampires are her most used basis for characters and settings, Ms. Gray's novels also venture into those of other supernatural realms, with ghosts, witchcraft and werewolves coming into play in several of her upcoming manuscripts.

Look for future novels, the next five of the Vampire Legacy, and an upcoming film on Raven to put this determined mom into the spotlight.

Posted by authorkarenswart at 10:28 AM