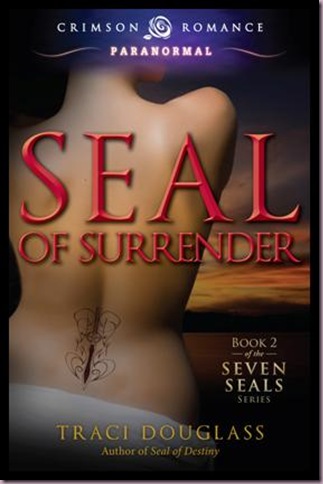 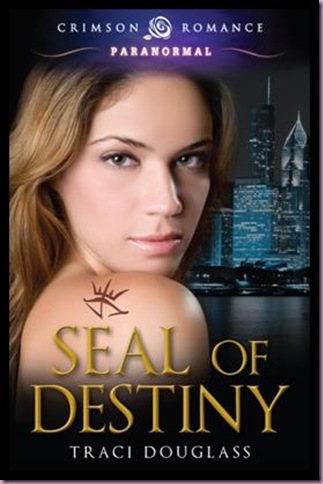 Book Trailer for the series: http://youtu.be/vTn0_15T2iY

SNEAK PEEK OF SEAL OF AWAKENING:

With the Fall 2013 release of the third Seal book, SEAL OF AWAKENING, fast approaching many readers have asked to spill at least a few juicy details. So today folks, you’re in luck!

Here’s your first glimpse at the blurb for SEAL OF AWAKENING, SEVEN SEALS SERIES: BOOK THREE:

Embrace the geek, save the world…

Socially awkward geneticist Quinn Strickland has willingly forgone the normal pleasures in life to reach her career objectives. Alone and approaching thirty, she uses her independence to mitigate any risk of a broken heart. Her strategy works until the day a handsome stranger bursts into her lab claiming to be her new assistant and her orderly plans shoot straight to Hades when the stubborn idiot refuses to be put off by any of her usual defenses. To make matters worse, he claims to be her personal divine protector, a powerful, ancient warrior sent to defend a prophetic time bomb existing within her own genetic code. Yet despite the crazy circumstances and her staunch denials, Quinn finds herself torn between the logic of her theories and the startling strength of her emotions for this enigmatic man.

The Scion’s reigning technology guru, alpha-geek Wyck is offered the opportunity of his immortal lifetime as head of his own covert operation, with the added bonus of mounting a cyber attack on his ancient enemy. He arrives at the Colorado lab expecting starched white coats and sterile surroundings—not a redheaded spitfire in charge of both his project and his libido. His skills have carried him from the battlefields of ancient England to the pits of Hell and he has no plans to be felled by one woman, regardless of her shag-worthy charms. Divine duty requires him to protect the apocalyptic Seal encrypted within Quinn’s DNA, but his heart has other ideas. When his personal feelings interfere with his age-old vendetta, he’s forced to decide between desire and retribution.

With the world’s future at stake, can Quinn and Wyck trust their hearts to solve this tricky equation or will their past hurts and fierce ambitions destroy any hope for a brilliant future? 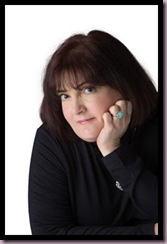 Traci is the author of paranormal/urban fantasy and contemporary romances featuring a sly, urban edge, including her current Seven Seals series. Her stories feature sizzling alpha-male heroes full of dark humor, quick wits and major attitudes; smart, independent heroines who always give as good as they get; and scrumptiously evil villains who are—more often than not—bent on world destruction. She enjoys weaving ancient curses and mythology, modern science and old religion, and great dialogue together to build red-hot, sizzling chemistry between her main characters.

Traci is an active member of Romance Writers of America (RWA), Indiana Romance Writers of America (IRWA) and Fantasy, Futuristic & Paranormal Writers (FF&P) and is pursing a Masters of Fine Arts degree in Writing Popular Fiction through Seton Hill University. Her stories have made the final rounds in several RWA chapter contests, including the 2012 Duel on the Delta, the 2012 Molly Awards, and the 2012 Catherine Awards. An earlier draft of Seal of Destiny won the paranormal category of the 2012 Marlene Awards sponsored by the Washington Romance Writers.

Other current projects include upcoming books in the Seven Seals series and a new futuristic suspense series with hints of the paranormal and plenty of romance.

She loves hearing from readers! Connect with Traci here: