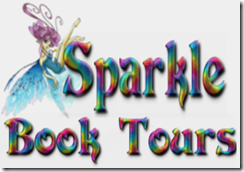 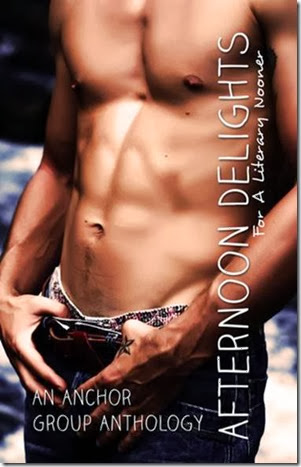 Afternoon Delights is just the perfect size for a literary nooner! Nine short stories to tease your senses, from sweet and romantic, to hot and heavy. Get a taste of why these authors are well known for their romance. 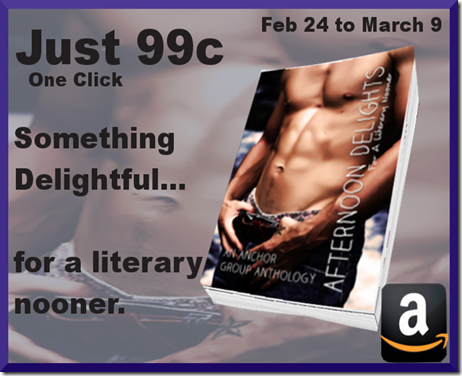 Afternoon Delights by Melissa Ringsted
My rating: 5 of 5 stars

I will not be reviewing my own story but the others. Well I have to say this one had it all. Sabella was one of my favorites. I am such a sucker for a good historical. With The CEO’s wife I was itching to find out the truth and boy was I relieved. The same goes for special delivery, I wouldn’t mind my hubby coming up with something fun like this. Our little secret was fun and just hot all over, and Ablaze made sure to end the anthology with a “What? No!!!!” I need to read the end of this one. Anchor group have an amazing anthology for all romance lovers, and I actually read this during lunch times and picking up the kids. It was so easier and I didn’t get frustrated once. A great read from start to finish.

View all my reviews 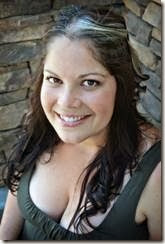 Emily Fogle was born and raised in Southern California. Her dream and ultimate goal was to get her Masters degree in English and become a teacher with enough time to write, as well. However, she soon found out that the best dreams often come true when they aren’t planned. Instead of fulfilling her teaching goal, real life took over and she married the man of her dreams. She now has an amazing 7 year old son and a beautiful baby boy.
She dedicates the majority of her time taking care of her family, volunteering at her son’s school, and being a Cub Scout Den leader. And though she loves every minute of it, the thought of being a writer still tugs at her heart. So, after the busy days are done and everyone is finally sleeping quietly, she squeezes in time for all the other loves in her life: the characters running wild inside her head.
Now, incredibly, her writing dream is also coming true. Her first novel, Dragon Wars, is being published by Anchor Group. Emily feels sincerely blessed to have been given so much in life and can’t wait to start the next chapter.
Media Links-
Facebook / Goodreads / Twitter/ Website 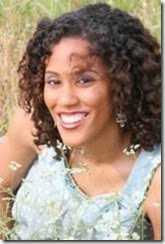 Elise Marion is a lover books and has a special place in her heart for sweet and sensual romance. Writing about love across all walks of life is her passion, as is reaching people through the written word. The Army wife and stay-at-home mother of three spends most of her time taking care of her children. Her second job includes writing stories about characters that people can fall in love with. When the Texas native isn’t caring for her family or writing, you can usually find her with her nose in a book, singing loudly, or cooking up something new in the kitchen.
Contact Elise via email: elisemarionwrites@yahoo.com
Media Links -
Facebook / Twitter / Website 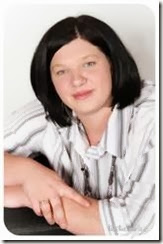 Karen Swart lives in a small town in the Northern Cape Province, South Africa. She shares her live with her husband, two sons and daughter. If she isn't reading she is writing.
Her preferred genres are Paranormal and Urban fantasy. Karen specializes in payroll and HRIS systems analysis and development. At the age of 21 Karen's professional success reached its highest platform, an outstanding achievement at such a young age.
Media Links –
Amazon / Blog / Facebook / Goodreads / Twitter 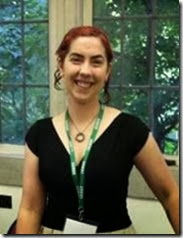 Elizabeth Kirke wanted to be an author before she even knew what an author was. She used to say that she wanted to be an artist, but that was only because she was too young to write and had to tell stories with pictures instead. She hasn't stopped writing since she learned how. It wasn't long before she dreamed of becoming an author and couldn't be happier now that that dream is a reality.
If she isn't writing...well, let's be honest; if she isn't writing she's probably on Facebook thinking that she should start writing. But, if she isn't writing or on Facebook, she's probably doing something involving books, baking, gardening, or yarn.
Like most slightly-nosy, avid readers, Elizabeth can't resist trying to catch a peek at books she sees people reading when out in public to see if she can figure out what it is. While doing just that one day, she realized that it would probably be the coolest-thing-ever if she caught a complete stranger reading one of her books. That's her new dream.
Media Links-
Facebook / Blog

USA TODAY Bestselling author, L.P. Dover, is the author of the Forever Fae series, as well as the Second Chances standalone series, and her NA romantic suspense standalone called Love, Lies, and Deception. She lives in the beautiful state of North Carolina with her husband, her two wild girls, and her rambunctious kitten Katrina.
Before she began her career in the literary world, L.P. Dover spent her years going to college and then graduated to cleaning teeth, which she loved doing. At least until the characters in her head called her away. She has never been the same since.
Media Links -
Facebook / Twitter / Goodreads / Amazon / Pinterest.com / Website / Blog 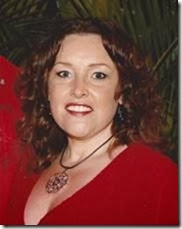 Windy City writer Elizabeth Marx brings cosmopolitan flair to her fiction, which is a blend of romance and fast-paced Chicago living with a sprinkle of magical realism. In her past incarnation she was an interior designer—not a decorator—which basically means she has a piece of paper to prove that she knows how to match and measure things and can miraculously make mundane pieces of furniture appear to be masterpieces. Elizabeth says being an interior designer is one part shrink, one part marriage counselor and one part artist, skills eerily similar to those employed in writing.
Elizabeth grew up in Illinois and has also lived in Texas and Florida. If she's not pounding her head against the wall trying to get the words just right, you can find her at a softball field out in the boonies or sitting in the bleachers by a basketball court. Elizabeth resides with her husband, girls, and two cats who've spelled everyone into believing they're really dogs.
Elizabeth has traveled extensively, but still says there's no town like Chi-Town.
Jenna Pizzi is the bestselling author of the NA Destined series, as well as her romantic standalones Sweet Serendipity and Chance Encounters, and her romantic suspense The Long Road Home. She lives in Massachusetts with her children, her lazy old dog, and three cats that adopted her as their pet. When she is not writing, she loves spending time walking the beach, collecting rocks with her children, or exploring the deep dark woods of New England. When the muse calls and there is a heartstring to pull, you’ll find Jenna creating a world that will touch many lives.
Media Links-
Website / Facebook / Twitter /Amazon 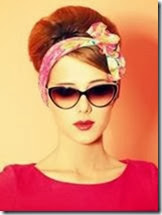 Morgan Black is a hair stylist by day and hottie writer by night. She walks her dogs in high heels and never leaves the house without red lipstick. She firmly believes in the power of Zen, and does Yoga freely in her backyard, in her favorite set of pumps.
You can find her steamy writing at authormorganblack.wordpress.com
She also designs eBook covers at Cover Up Designs. 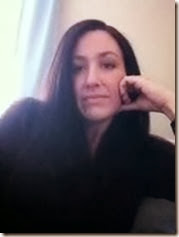 Jenna Pizzi is the bestselling author of the NA Destined series, as well as her romantic standalones Sweet Serendipity and Chance Encounters, and her romantic suspense The Long Road Home. She lives in Massachusetts with her children, her lazy old dog, and three cats that adopted her as their pet. When she is not writing, she loves spending time walking the beach, collecting rocks with her children, or exploring the deep dark woods of New England. When the muse calls and there is a heartstring to pull, you’ll find Jenna creating a world that will touch many lives.
Media Links -
Website / Email / Facebook / Twitter 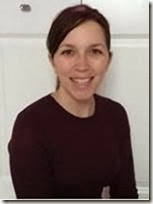 Kimberly Larson, author of the Contemporary Romance novel,"If I Didn't Have You," lives in Southeast, Michigan, with her two gorgeous children who are four and six. She loves to read, especially Romance and Young Adult novels that have that one encounter or connection between two people that is so strong. It keeps you wanting to read about them so much more and you just can’t help but feel it through the reading
Media Links -
Facebook