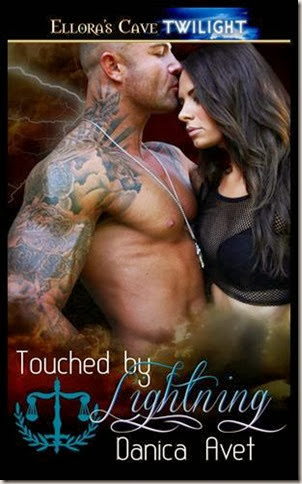 When empath Gyda St. Germaine is rescued from a sex-trafficking ring, she vows vengeance on her tormentors. Aided by two distinct personalities who bolster her powers, she becomes a vigilante, hungry for revenge. Her path of retribution tosses her into the arms of an Order of Themis Siphon and her world is turned upside down. Fighting her past takes a backseat to her all-consuming desire for the man whose honor and sense of justice go against everything she believes.

The moment electricity manipulator Brit Harper stumbled across a feral woman with a bloody knife, his life changed. Black and white becomes gray as the scales of justice tip. Fascinated by her strength and the darkness in her eyes, he vows to teach her the true meaning of justice, and help her explore the passion sizzling between them. But when the evil haunting Gyda’s dreams returns in the flesh, he’ll have to choose between his beliefs and the woman he loves.

He sighed and took his hat off to run his fingers through his hair, his frustration with her silence obvious. “Look, I’m sorry…” He looked at her and away, his cheeks turning even darker. His Adams apple bobbed as he gulped, but he brought his gaze back around to meet her gaze again, hungry resolve in his eyes. “I’m sorry for what I did to you in the woods.” He cleared his throat and settled his hat back on his head. She wasn’t staring at his biceps that bulged and flexed with the movement and the warmth in her belly had absolutely nothing to do with attraction. “There’s some powerful chemistry between us, sweetheart,” he finally said on a near growl. “And it just got the better of me. I swear I won’t touch you again until you want me to.”

With each word he spoke, her jaw dropped a little more until she was gaping at him, her brain firing on all cylinders as she processed his belief in his attractions. Okay, he was hot. He had that power thing mingling with some country-boy charm, which she found extremely sexy despite her natural repulsion of all things male. He knew how to ply his electricity in such a way that it made a woman cream with want. His body… The man had a body to die for and those tattoos just begged her to explore them with her fingers and tongue.

Even his confidence was sexy to an extent. Her brain rejected that thought. He was assuming she’d just fall into his lap like some slut. Because you totally did twice before, idiot, Sixteen reminded her with a satisfied chuckle. All that man has to do is lay a kiss on you and you’re a goner.

Her cheeks flushed at the reminder because it was true. He’d kissed her twice and both times she’d fallen prey to his power and that fucking chemistry she wasn’t prepared to defend herself against. It wasn’t as though it was something she’d come into contact with before. Sixteen was the sexual one, the one who discovered the men who wanted to be dominated by a woman. Gyda just let her have her way and pretended it never happened. So yeah, she had no idea how to fight attraction like this.

And he planned to use it against her. Holy shit. 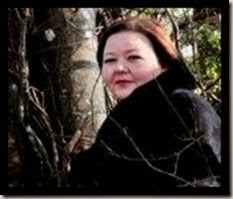 Danica Avet was born and raised in the wilds of South Louisiana (that would be somewhere around Houma) where mosquitoes are big enough to carry off small children and there are only two seasons: hot and hotter. With a BA in History, she figured there were enough fry cooks in the world and decided to try her hand at writing.

Danica is the lucky pet of a compulsively needy dog and two cats. The pitter-patter of little feet has been known to make her break out into a cold sweat.

Writing is how she gives the voices in her head a way out. When she isn’t writing, working or contemplating the complexities of the universe, she spends time gathering inspiration from her insane family, reads far more than any sane person would want to, and watches hot burly men chase an oblong ball all over a field.