Character Interview with Keegan Callaghan from The Lake of Shadows

Today on the blog we have Keegan Callaghan from The Lake of Shadows, today’s book blast. We would like to thank him for stopping by today and sharing with us.

Keegan was born in Kilkenny (Irish: Cill Chainnigh) in Republic of Ireland. He is a thirty four years old male, but there is a little extra to his ordinary. Except being a human, he is also something crudely known as a werewolf. He can't shape shift, but can sport a set of wickedly looking canines, and claws. His normally blue eyes can change, morphing into silver with sharp emotions, or red-on nights of full moon or with rage.

He lost both of his parents at the tender age of six, brought up to adulthood by his father's brother. But fate wasn't quite done with him, death struck yet again when he was twenty five years old, taking away the woman he considered to be the love of his life. Haunted by the past and torn by the things he can't change, he decides to leave the only place he had known as home, and move across the ocean to a rural town in America, where his mother originated from. There he discovers how little he really knew about his own kind, and will be forced to endure facing the fate for the third time. And third time is a charm as they say... 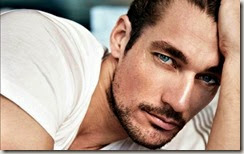 Let's start with the worst and be over it. I think that would be penchant for violence, which is what my kind has in common. I am sure Jade would say I am stubborn, but she is the one to talk! If it wasn't for my tenaciousness how else would I end up with a woman like her? My best quality is loyalty.

I am not as bad cook as Ciarán tells people I am!

If it stayed under the radar so far, better to keep it that way.

Before Jade it would be losing all appearances of a civilized male, and turning rogue. After Jade, disappointing my woman or worse, losing her.

To keep a better leash on my beast and my temper, which is nearly one and the same. To use the chance I've been given at leading an ordinary life. Perhaps it sounds simple, but to someone who had never known anything but death and loss, that's everything.

I believe it's called casual, but I am not big on the subject.

All the way! (laughs) Depends what you consider rebellious. My inner beast is a mean, contrary fiend, demanding I paint the world with crimson. I try not to let it have an upper hand. But if someone will push at my boundaries I will give a shove back. Hard.

Convincing Jade she is the one for me. God, but she put up a good fight. Almost as if she knew how much I love challenges!

Leaving past buried behind, and never looking back again. I had served my time. Having those I call my own close, and protect them the way I couldn't save my parents and Riona before.

Restlessness has been the part of me as long as I breathe. I am not sure it could entirely go away, or that I would know how to live without it, but I... (coughs) we are working on it.

Few memories and even less belongings of my parents. That's all I've got left of them.

Color changing eyes. They are the best barometer of what is happening within me.

Duplicity in every shape and form, and that for some people duplicity equals diplomacy.

Not being able to stop death from striking, when it reached for my family, and the young, innocent woman whose only guilt was to love me.

Having a soft spot for a bad boy

Batman. Why? Because unlike other super heroes he was simply a human who chose to do well.

Jade Thorton, the woman I love, for overcoming past tragedies instead of letting them own her.

Not so long ago I would have said; everything. Now I have Jade and she wants me to look at myself through her eyes. How a man can say no to that?

What doesn't kill you makes you stronger.

If you would like to find out more about Keegan and his world check out the book blast below.

Posted by authorkarenswart at 10:16 AM