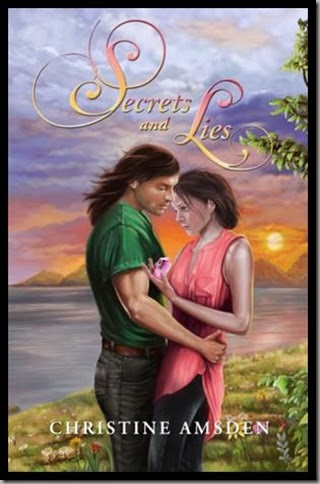 Cassie Scot, still stinging from her parents' betrayal, wants out of the magical world. But it isn't letting her go. Her family is falling apart and despite everything, it looks like she may be the only one who can save them.

To complicate matters, Cassie owes Evan her life, making it difficult for her to deny him anything he really wants. And he wants her. Sparks fly when they team up to find two teenagers missing from a summer camp, but long-buried secrets may ruin their hopes for happiness. Book 2 in the Cassie Scot series.

It turns out, there's a time limit on feeling sorry for yourself. Nobody mentioned it to me the day I moved into Kaitlin's one-bedroom apartment, stowing boxes of clothes in one corner while making a makeshift bed out of blankets on the floor. I didn't hear a word about it on Monday or Tuesday, when Kaitlin went to work and I flipped through endless channels of daytime TV, blocking out my own problems by getting angry with the men who cheated on their pregnant girlfriends.

Kaitlin almost mentioned something on Wednesday, after I complained about the endless stream of visitors I refused to let into the apartment that day. Most notably, my former father wanted to talk about something I didn't catch, but which, from the tone of his voice, was clearly my fault. Wasn't it bad enough that he'd disowned me? Did I have to continue to listen to his lectures as well? No doubt he had some suspicions about me fraternizing with the Blackwoods, his long-time enemies, but I couldn't handle it, not from a man who had rejected me. Besides, I had bigger problems with one Blackwood – Evan – than I cared to admit.

On Thursday, when Kaitlin and I took Madison to the movies to help get her mind off the bank robbery, I could have sworn Evan was following me. I'm sure it was nothing more than paranoia, but wasn't I entitled to a few delusions about the man who had complete control of my life? Someone who could, on a whim, command me to do anything at all? I spent Thursday night, after the movie, coming up with more and more bizarre orders he could give me: Stand on your head. Circle your head and pat your tummy. Wink at the next ten strangers who walk by.

He would probably not ask me to do any of those things, but thinking about them helped me keep my mind off the more likely orders: Kiss me. Move in with me. Marry me.

He had already ordered me to do that last one, and though he had retracted the command, I didn't doubt for a second that he was just biding his time. He wanted me, and Evan Blackwood tended to get what he wanted.

Then came Friday morning, which was, apparently, the deadline to stop moping. I was sitting at the breakfast table trying hard to wake up – due to Kaitlin's snoring, I had barely slept – when she shoved a piece of paper in my face.

“Do you know what this is?” she asked.

I tried to push it away. “Not when it's pressed against my nose.”

“How about this?” Kaitlin shoved another piece of paper at my face.

“What is this about?”

“My credit card bill is due in a few days, and the electric bill was due yesterday. This is a shut-off notice, if we don't pay by Tuesday.”

Bills. She was talking about bills?

“You can't just sit here feeling sorry for yourself. You have to get a job.”

Oh. Real life. She was talking about real life. My parents had sheltered me from that for most of my life. Er, my former parents. They would willingly shove money down my throat if I let them, but I was too proud for that. If I wanted to prove my own worth and independence, then I needed to get a job.

Which was why, Friday morning, I walked into the sheriff's department and asked to speak to Sheriff Adams.

Jane, the dispatcher, looked happy to see me. She smiled and gave me a tight hug when I told her I wanted my old job back. Not all the others were quite as friendly, but then again, I had always been something of an outsider at the department. Part of it was my youth. I was three years younger than the next youngest deputy, and most of the others realized – or suspected – a sizable financial donation from my parents had gotten me the job in the first place.

That's not why I had kept the job, and it certainly wasn't why the sheriff had spent six months practically begging me to go back to work after I quit. I knew things. Things that made some nervous. Things that left others in awe. Only a few had ever tried to befriend me.

It was as if I didn't quite belong in either the magical world, or the normal one.

Sheriff Adams strode out of his private office. His eyes searched my face, though I noticed that otherwise his face remained oddly impassive. Hadn't he begged me, multiple times, to return to work for him? Well, here I was, so what was that look about?

“Why don't you step inside my office?”

I did, waving to Jane and to a few of the other, friendlier faces, before closing the door behind me and taking a seat.

“I suppose you know I'm here to ask for my old job back,” I said.

He nodded. “I figured. I'm just not sure if we have any openings right now.”

“The budget is tight. We ended up putting in some overtime hours because of the recent vampire attacks, and the county trustees are stingy when it comes to paying for overtime. They're telling me to make cuts.”

I had no doubt that what he said was true. His job as sheriff involved at least as much politics as policing, maybe more. But it was still just an excuse.

“I'm not saying something won't come up, sooner or later,” the sheriff went on, “but right now, things are tight.”

“Are you doing this because you're mad at me?” I asked. “Isn't it good enough that I survived three vampire attacks?”

So that was it. “I had no choice. My family wouldn't let me out the door.”

“It still makes me nervous. You're unpredictable.”

“It's not like they'll be a problem anymore. They disowned me.”

Sheriff Adams leaned forward and met my eyes for the first time. “I heard something about that. Care to tell me what happened?”

Since I didn't know how to answer that question for myself, I couldn't answer it for him. “It's complicated.”

“It always is with you.” He shook his head. “Look, I just need some time to think about this.”

“And I need a job. What am I supposed to do while I wait for you to make up your mind?”

“Don't tell me you never saved anything.”

A flush crept across my face, but I didn't say anything. It had simply never occurred to me that I might need to put anything away for a rainy day. In retrospect, it seemed incredibly foolish and short-sighted. But it probably wouldn't occur to you, either, if your parents could turn lead into gold.

“Look, Sheriff.” I bolstered my confidence. “You can think about it all you like, but one day soon, you're going to beg me for help and I won't be available.”

He gave me the sort of skeptical look clearly meant to remind me precisely how many jobs I'd had in the past six months, but I didn't back down. I looked him straight in the eyes, and believed the words at him. 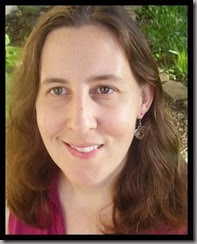 At the age of 16, Christine was diagnosed with Stargardt’s Disease, a condition that effects the retina and causes a loss of central vision. She is now legally blind, but has not let this slow her down or get in the way of her dreams.