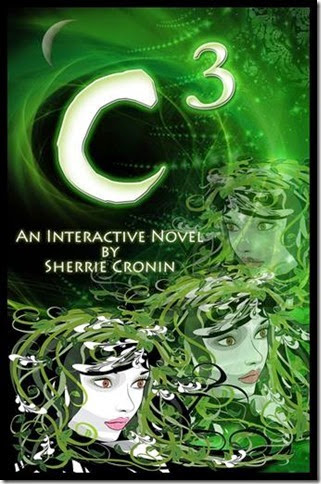 Teddie likes her country music and her old pick-up truck and she's not sure how she let her best friend talk her into spending a semester abroad in Darjeeling India. Once she arrives, her innocence quickly collides with an underworld in which young women are bartered and sold. As she fights to understand a depravity that she never dreamed existed, Teddie finds that her own mind develops a unique ability for locating her friends and that an ancient group is willing to train her to use her innate skills for out of body experiences to save others.

It will require trust in ideas she barely believes, and more courage than has ever been expected of her. When it becomes clear that the alternative may be her friends' deaths and the unchecked growth of an evil crime lord's empire, Teddie accepts the challenge and shows those guilty of unspeakable crimes just how powerful a young woman can be.

Note: this is collection, not a series. The books can be read in any order.

So when the three American girls came to her office begging for help to find their friend, Amy sighed. This had all the markings of just the sort of case that would get her in trouble with the agency. The involvement of the three American students only made it more probable that this whole thing would reach the press and ultimately the ears of Amy’s superiors back home. So many reasons to give these girls the brush off.

And only one not to.

“What did you say her name was?” Amy asked.

“Usha.” It was the girl with the East-Asian ancestry who spoke up first. “She’s really smart and so happy to be in school, and she has these beautiful big trusting eyes and you’ve got to help us find her.”

The tall confident girl with the long blond hair jumped in. “The school’s been really busy with the aftermath of the earthquake all week. Last night they finally got a hold of her mother who says she has no idea where her daughter has gone and so the school now says that she is just a runaway who couldn’t handle the advanced classes and they are washing their hands of it!”

The pretty one with the head full of black curls added, “We know better. There is no way that’s true. Usha was doing great in her classes. She is in some kind of real trouble.”

“Okay,” Amy sighed. “Start at the beginning and tell me honestly everything you know. No holding back.”

The three girls sat down eagerly and starting talking all at once. Amy smiled at their vehemence, their innocence and their concern for their friend. There was an uncle from another city, and huge debts to be paid. There was no one local to help. The girl wasn’t even from Darjeeling. Amy looked at the photo one of the girls had on her laptop. She sat for a minute in silence as she carefully studied Usha’s face.

A young hopeful human being, full of potential. Just as all young people were. Was that reason enough to get involved? Of course it was.

Character Bio: I’m from a small town outside of Houston and I recently turned 17.

I’m a great friend and a nice person, but I let people talk me into things way too easily

I have a skill that I keep hidden. Sometimes at night I can leave my body and go places, and I know it’s not a dream because the things I see have always really happened

I don’t think of myself as all that brave, to be honest, and I especially don’t like heights

People to stop being jerks to each other

Unattached right now, although there is this cute guy that I have an online relationship with. He lives far away.

Kind of average. My tastes tend towards jeans and cowgirl boots. I like my country roots.

I’m pretty idealistic, and when my ideals clash with the way things are then I turn into a fighter.

I recently played a big part in rescuing two good friends of mine from some really ugly situations. Everybody is all excited about what I did, but seriously, how could I not have not done something?

Driving in my pickup truck, going anywhere I want, playing my country music as loud as I can

I just spent like ten months in India. Seriously, eight thousand miles away. I learned to like the place, I really did, but now I am soooo happy to be home.

A picture I took for a friend. She doesn’t even know I was there, and she’s upset that she couldn’t get a photo. I’m going to give it to her someday soon and really surprise her.

The horrible man who did those awful things to my friends. Some Russian mob guy.

I wish that I could have learned to use my abilities faster and helped my friends sooner.

Right now it would be that I didn’t have this weird gift. I just want to be normal, you know?

I don’t think of it as a motto, but I guess I kind of like “it’s better to light a single candle than to curse the darkness.” At least, that got me through a lot of tough shit over the past year. 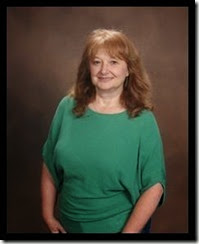 Sherrie Roth grew up in Western Kansas thinking that there was no place in the universe more fascinating than outer space. After her mother vetoed astronaut as a career ambition, she went on to study journalism and physics in hopes of becoming a science writer. She published her first science fiction short story long ago, and then waited a lot of tables while she looked for inspiration for the next story. When it finally came, it declared to her that it had to be whole book, nothing less. One night, while digesting this disturbing piece of news, she drank way too many shots of ouzo with her boyfriend. She woke up thirty-one years later demanding to know what was going on.

The boyfriend, who she had apparently long since married, asked her to calm down and explained that in a fit of practicality she had gone back to school and gotten a degree in geophysics and had spent the last 28 years interpreting seismic data in the oil industry. The good news, according to Mr. Cronin, was that she had found it at least mildly entertaining and ridiculously well-paying The bad news was that the two of them had still managed to spend almost all of the money.

Apparently she was now Mrs. Cronin, and the further good news was that they had produced three wonderful children whom they loved dearly, even though to be honest that is where a lot of the money had gone. Even better news was that Mr. Cronin turned out to be a warm-hearted, encouraging sort who was happy to see her awake and ready to write. "It's about time," were his exact words.

Sherrie Cronin discovered that over the ensuing decades Sally Ride had already managed to become the first woman in space and apparently had done a fine job of it. No one, however, had written the book that had been in Sherrie's head for decades. The only problem was, the book informed her sternly that it had now grown into a six book series. Sherrie decided that she better start writing it before it got any longer. She's been wide awake ever since, and writing away.