Book Blast: A Tale of Witchwood Park by S.W. Develin 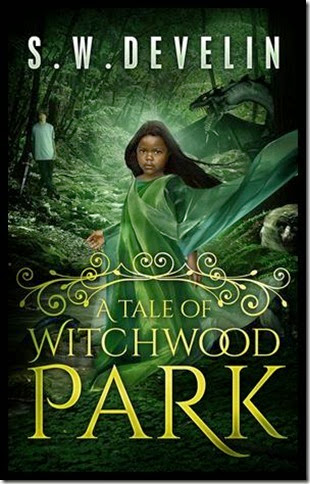 A Tale of Witchwood Park

“I am older than you can comprehend. I am eight.” – Emily Spellmaker.

Emily Spellmaker is missing. She didn’t return to Witchwood Park Elementary this year and Kendra, the shy little girl she befriended, is heartbroken. Kendra waits alone on the park bench after school each day until the Tuesday a troll walks out of the woods. He chooses Kendra, Jimmy (the school bully), and Daniel (an outcast) to come on a magical journey where they must overcome an evil queen and her Army of the Faceless to free an enslaved land. In the process they learn who they really are and what friendship means, while getting closer to solving the mystery of Emily Spellmaker.

Jimmy and Kendra had jumped through a hole in the top of the sky. There was no water to swim in and no ground beneath it. They were simply falling, from hundreds of feet above the kingdom.

Kendra looked around. Daniel was nowhere to be found.

Jimmy and Kendra reached desperately for each other. They clasped hands and watched as they fell toward certain doom.

They could see the whole of the kingdom below. There was the central mountain Tree Stump had told them about, with the False Queen’s giant castle atop. A river ran from the north of the kingdom, around the mountain on both sides like it was an island, and into an endless, shining sea in the south. To the northwest were rock-strewn plains with volcanoes and rivers of lava. To the southwest was a welcoming and vast, lush forest. And to the east…was nothing but an impenetrable wall of grey clouds.

They were falling straight for the castle.

As they fell the ground became clearer and clearer. The False Queen’s soldiers were coming out of the castle barracks. Two red shapes began to rise into the sky beneath them.

Jimmy was right. There were two, giant red dragons flying toward them.

In response, the closest dragon shot a burst of yellow flame past Jimmy. The next shot wasn’t going to miss. Kendra and Jimmy held each other and waited to be fried. Then a terrifying roar like nothing they had ever heard shattered the air. It must have filled the entire kingdom below. The red dragons heard it, but the sudden fear on their evil, snarling faces was coming from something they could see…

Jimmy and Kendra looked up.

A massive, black dragon, larger than the two red dragons combined, was flying directly above them. It opened its jaws and launched green dragon fire down at them. The stream of blazing hot flame rushed past them and hit its true targets, the red dragons. When the flame cleared, the red dragons were plummeting back to the ground.

The black dragon grabbed Jimmy and Kendra, one in each of its back claws, then turned and flew away from the army below. Kendra wanted to see if they had faces, but that was the least of her worries right then. In a matter of minutes they were low above the trees of the giant forest. The dragon dropped them both into the treetops.

Jimmy and Kendra crashed through the branches and onto wooden platforms built high in the trees. They were shaken, but alive and together. Through the trees they watched the shadow of the great dragon disappear over the mountains in the north. 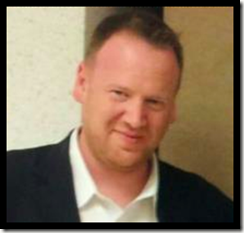 S.W. Develin lives in West Chester, Pennsylvania with his wife, Julie, and their three children: Brigid, Jack and Garrett. He has a dog named Pink, a cat named Floyd, and a small kitten disguised as a cow.