Chronicles of the Nubian Underworld

(A Division of Simon & Schuster)

A tale unlike anything else, this second episode in the Chronicles of the Nubian Underworld series continues the erotically charged journey inside Atlanta's African-American Fetish/BDSM community.

After returning from Dubai, a power shift occurs within the Atlanta Fetish community as the "torch" is passed on from Amenhotep to Ramesses and Neferterri. The Palace is being transformed in Ramesses' image, and the new "power couple" is adjusting to life in the spotlight and the benefits -- and headaches -- that come with it.

But as Ramesses puts the finishing touches on establishing the balance of power, Amenhotep has tasked him with a daunting undertaking -- one that will test his will and re-forge a bond that was once broken, cementing his legacy within the sacred "society."

Exotic, decadent, and written by a true insider, Legacy takes you deeper into the Atlanta Fetish/BDSM community, twisting more surprises and revelations that are sure to take your breath away.

“So, how did You enjoy Your time in Dubai, youngster?”

Under normal circumstances, a phone call at 7:00 a.m. wouldn’t have bothered me, but coming home and suffering serious jet lag from the near fifteen-hour flight made this phone call something of a cruel joke Amenhotep was playing on me.

With the way I felt, I was in desperate need of a vacation from our vacation. We’d spent nearly a week in paradise, one of the most unique and luxurious locales on the planet while celebrating His and paka’s nuptials, and here He was sounding bright-eyed and bushy-tailed like the flight time never had one ounce of an effect on Him.

I looked at the phone, trying my best to match His energy, realizing quickly that I wouldn’t come close to meeting Him halfway. “Dubai was wonderful, and that’s putting it mildly, Sir,” I replied. My voice sounded like I’d gargled with broken glass. “I feel so drained right now. If I were working for someone else, I would be calling in sick. Why are You calling so early in the morning anyway, Sir? Is something wrong?”

“Well, to answer Your question, we have business to take care of, kid.” He sounded as serious as a heart attack as His voice carried through the air waves and into my ears. “Oh, and You are working for someone else…You’re working for Me, now.”

His trademark chuckle made me want to vomit. He couldn’t be serious about trying to get back to business now, could He? “Come on, Sir? Give Me twenty-four hours to recover, veg out on the couch and enjoy the children, anything other than working the next morning after we’d gotten off the plane?” I hated sounding like a freaking teenager trying to beg his father for more time to be lazy, but I really needed some time to be lazy. Neferterri was soundly sleeping next to me, completely oblivious to the conversation I was having with Him.

Why in the hell did I have to be a light sleeper?

The laughter over the phone after I made my plea gave me the distinct impression that my request would not be honored. “See, that’s the problem with you young folks. By now, I would have taken care of the things that we need to take care of before lunch. Are You getting soft on Me already, youngster?”

I sat up after hearing that question. “Not by a long shot, old man, but I have to wonder how in the world You’re able to be so fucking hyper when You took the same flight we took to get back home?”

“Clean living, You should try it sometime.” His voice never lost its energy. Slowly and surely, it began to breathe life into me, providing the necessary adrenaline rush to lift from the bed and shuffle into the bathroom to begin freshening up. “In order to be great, You have to leave Your mark. Are You ready to leave Your mark, Ramesses?”

He appealed to my ego with that question. He knew full well I was ready to leave my mark, and I was ready to do it in a big way. I had been plotting and planning ever since the conversation we had in Dubai one night, when everything was set in motion:

“Is that right, Ramesses? Do You think You’re ready to take things tothe next level?”

“I wouldn’t be here talking with You if I wasn’t ready to take things to the next level. The question is, are You ready for what the next level is?”

“Youngster, I’ve been waiting for You for the past few years to figure out when You were ready. I have the means for You to do what needs to be done, and You have the energy and drive to make it all happen. The way I see it, it’s a win-win proposition for everyone involved.”

“So, why are we here talking when we can be laying the groundwork so I can hit the ground running when we get back? You know the expansion plans I’ve wanted to execute for some time now.”

“The answer to Your question comes with its own question, Ramesses. The plans for the Palace are only the tip of the iceberg. There’s something else I need You to do for Me. This is big, probably bigger than any plans You might have for the Palace.”

“I haven’t refused You before, what makes You think I’m backing down from this request?”

“The request I am making of You, Sir, will require You to do something that I don’t know if You’re going to be willing to do.”

“Stop speaking in riddles and get to the point, Sir. You know I don’t do the cloak-and-dagger nonsense. Spit it out.”

“In order for You to accomplish the expansion plans that You have in mind, You’re going to have to have two individuals to help with those plans. They haven’t spoken to each other in nearly a decade, and despite My efforts, they have yet to reach an accord. Where I have failed, perhaps You might succeed. It’s the only way Your ultimate plans will come to fruition.”

“If it’s the two people that I think You’re talking about, Sir, I might as well scrap the plans now.”

“Don’t be so quick to scrap what has been laid out for You, Ramesses. You and I both know things happen for a reason.”

“I’m dying to know what the reason is for this one.”

“You haven’t answered My question, kid,” Amenhotep’s voice sliced through my thoughts. “Are You ready to leave Your mark?”

What He asked for was the impossible. A decade of noncommunication and animosity, and I was supposed to diffuse that in the course of months? If He couldn’t do it, what made Him think I would be able to do it? Yes, I have an ego bigger than the great state of Texas, but even I have my limitations. On the one hand, what He was asking for was next to impossible, but on the other hand, if I had the right

leverage, I might have the ability to do something my Mentor wasn’t able to do. The end game was too seductive to resist. 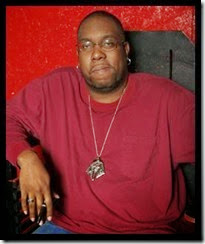 Shakir Rashaan currently lives in suburban Atlanta with his wife and two children. Rashaan's catalog includes the series Chronicles of the Nubian Underworld and the upcoming Kink, P.I., and current projects being developed under the pen name Curtis Alexander Hamilton. Other credits include several anthologies, including the bestselling Zane Presents Z-Rated: Chocolate Flava 3. You can see more of Rashaan at ShakirRashaan.com.