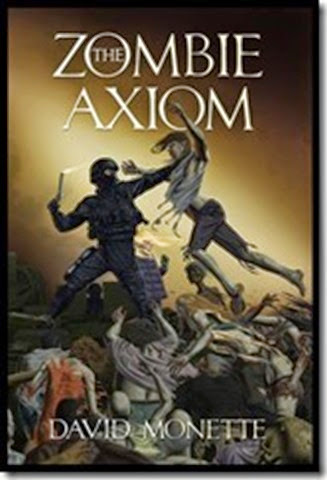 In the Time of the Dead

A handful of survivors claw out a life amid the ruins of the world, all the while fighting the zombie hordes.

In Northern New York State, three uncommon allies lead one of these bands in this epic struggle as they learn both the strengths and weaknesses of their enemies… and of themselves.

Pushed to their limits and holed up on a remote lake island, life has taken on a new normality. That is until winter arrives and all hell will freeze over. For it is then that the open waters of the lake, the only barrier against the unrelenting dead, will freeze. And the monsters will come. By the thousands…

Available on Amazon in Paperback and eBook

The sudden blare of the digital clock shocked Virgil awake like a stinging slap. Eyes wild with fear, his right hand shot under his pillow and emerged gripping a loaded 9MM pistol. Sitting, gasping, the giant of a man cast about, searching for the ghosts that haunted his sleeping mind. But the weapon withheld its promise of violence when all that he could detect were motes of dust drifting in lazy swirls through the morning light of his bedroom. The gun slipped from his hand.

“Nothing, nothing… nothing. Nothing’s there. Nothing,” he whispered to himself as his chin sank to his chest and his long brown hair slopped down to hide the blunt contours of his face. With his eyes squeezed shut he vigorously rubbed his temples and, like a man freshly pulled from the sea, deeply inhaled the stale air of his trailer.

At length he pulled his heavily muscled frame upright and shut off the clock alarm. He threw on a pair of shorts and a folded T-shirt from the chair where he had set them aside the night before and wandered from his room and down a narrow hallway to the living room. Stifling a yawn, he maneuvered through an impressive collection of weightlifting equipment until he arrived in the kitchen, where he listlessly consumed a bowl of cold cereal while gazing at the pathetic patch of grass that comprised the front yard outside his home.

And he tried not to think.

It didn’t work. Never did. His thoughts kept drifting back to the dark corners where the foul things lay... things he’d done, things he’d seen, things he… had….

He flipped the now empty plastic bowl into the sink with a snort of frustration and turned on his television for the noise, something to drive away the images, the memories.

Didn’t work. Never did. So he did the one thing that always seemed to work. Walking over to his gym equipment, he hefted a forty-five pound weight and slammed it onto an Olympic weight bar that was perched on the uprights of a flat bench. Exhaustion would do the trick. Always did.

Two hours later, sweating in the heat of his home, Virgil stepped into the bright morning and squinted at the glare of a day that was promising only heat. Slipping on his dark sunglasses, he surveyed the scene around his house. It was a depressing sight for the most part. His dilapidated trailer was one among many such residences that were crammed on a strip of land that no one else would choose to inhabit other than those desperate enough for a home that was cheap. Situated as it was down a steep hill at the end of a dead-end street and with the river only two feet from flooding the entire area, which it regularly did, it was a wonder that the city hadn’t yet closed the place down.

Noticing nothing out of place, no one watching, no one waiting for him to offer them a target when he turned his back, he locked both doors to his home and crunched across the gravel yard to his dust-coated Range Rover, which was already running, having been remotely started several minutes before. After one more surreptitious check of his surroundings, he unlocked the door to the vehicle and slipped into the air-conditioned interior. The cool air washed over him, drying the sweat from his skin. He closed his eyes, breathed deep. In this cocoon of processed air, of quietly murmuring vibration, he opened his eyes to see a fly making its ponderous way across the field of glass that was his windshield. It was of the large, hairy, slow variety… near the end of its life, but still crawling along like a ball at the end of its push. He sat transfixed, puzzled by its relentless march, its progression toward… something only it knew… or nothing at all.

Character Bio: I worked as a nurse at the local community hospital before the world went crazy and dead people started running around, biting people and turning them into… things like them. That happened to someone in my life, someone I was close to, that I loved and hated in equal measure. Okay, maybe not equal measure. I loved him when we first met, before I got pregnant, before we got married, before he thought I was his punching bag. After that came the hate, the fear. Then he was one of those things. And I found the strength I never knew I had. 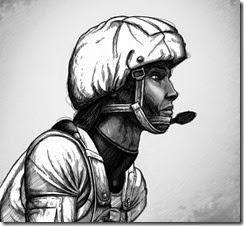 I wish other people knew how much I’ve changed.

Sorry, but I really only share my secrets with my close friends.

I’m so afraid that I’ll make the wrong choice, and that my friends will be hurt because of it.

I want all the zombies gone. Just that- gone.

Ha! Fashion? Please. If I had to give a name for what I wear right now it would probably be military-meets-leather. Maybe Camo-leather-combo? I don’t know. The way things are now, there isn’t much energy or time to care about how you look. It’s my new reality.

I’m not much of a rebel at all.

Breaking down the door of my past life and stepping through a new one. That was huge.

I find happiness in the exercise of living a virtuous life. In my mind, happiness is a goal and not some kind of temporary condition. I try to achieve that goal by having a strong moral character. This means being generous, courageous, and a believer in justice and friendship. Having virtues like these are important because in combination with my ability to reason they strike a sort of middle path, a balance between having too much of something and too little.

My friendships with the people I’ve met after the world went crazy.

I don’t know… I suppose it would be being a trusted person and good friend.

People who can’t control their passions.

The skinny bastard who seems to have started all this mess.

You know, I don’t want to look back. Those doors are closed, they can stay that way.

The same as above.

Jane Eyre. That girl can get back up every time she is pushed down.

My friend, Derek Haggel. He’s the best person I think I’ve ever met.

I don’t look at life or myself that way. I am who I am.

Never be held down or held back. Forward. 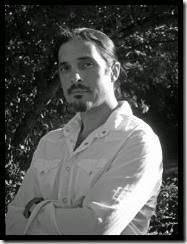 David Monette functions as an author and illustrator from his home in Northern New York State. His highly detailed fantasy and science fiction artwork has appeared on many books, magazines, board games, and collectible cards. While receiving his MFA in illustration, his instructors reviewed his written work and strongly suggested that he combine his writing ability with his talent as an illustrator to chart his own path. Hence, “The Zombie Axiom” was born, a compelling, terrifying story sprinkled with amazing black and white illustrations from start to finish.