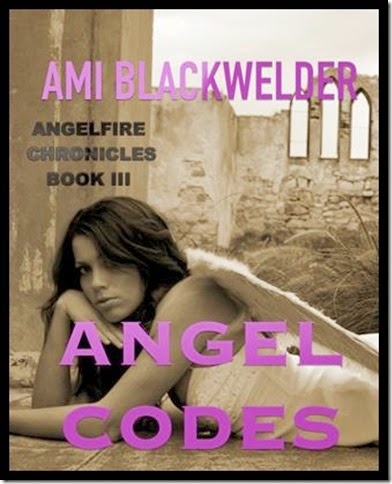 After Kian is taken away from Ali, she and the other Angelfire must defend Manhattan on their own, while learning where Kian is and how to retrieve him.

Meanwhile, Kian is fighting his own internal and external demons deep within the cell of The Underground.

Will Ali and Kian finally find love or will Dumah destroy it all? Find out in the last book to the AngelFire Chronicles.

Other Books in the Series:

She Speaks to Angels

Fall of senior year sped by so quickly, I could hardly believe everything that had happened. I became an angel, learned Angelfire Gifts, had both my best friends get too close to danger, and killed Dameon- then I lost Kian. Winter would be terribly cold.

Waking up each morning without Kian at my side or without his milky, musky smell persisting in the air felt odd and left a large vacancy in my heart. My eyes were often swollen shut from crying myself to sleep. I didn’t know if I’d ever see him again, and if it was up to Dumah I never would.

The morning after Sam returned home Mom contacted the police. Officer Wriley led the investigation and showed up at the front porch. I heard them talking in-between an ajar door as I stumbled downstairs in checkered pajamas, half-yawning.

“Yes, safe and home. He is resting upstairs, but please come in and feel free to wait in the living room. I don’t want to wake him after everything he’s been through.” Mom said.

“I understand, Mrs. Maney. Thank you.” He tipped his cap and then a gush of cigarette air wafted into the room when he waltzed in with a crisp police uniform. He plopped onto the soft sofa and the three other officers followed.”

Still in PJs, I decided to sprint back upstairs and change. I caught sight of Sam’s head poking out of his door. “They downstairs?” Sam inquired impatiently.

“They? You mean your department? Yes, Officer Wriley and his team. They’re concerned about you. Anyway, Mom called them. She thought they should know,” I whispered.

His furrowed brows told me he felt differently. “I…I just don’t know if I can face them just yet. You know? All the inquiries about my disappearance and I haven’t yet processed it myself.” He raked his hand through his hair.

Character Bio: Dumah grew up an orphan in Manhatten New York and ran away at twelve to live on the streets. She was gang raped as a teenager and left her brother Kian to live with Dameon underground where she developed her wings and gifts.

I get things done. I can be abrupt.

I am a compassionate person and have given a lot of time to helping others. I also love animals and fight for animal rights.

What is your biggest secret. Something no one knows about?

Not finishing the seven novels in my head.

To have a movie made of one of my novels.

Fashionable and at times relaxed.

I tend to not follow the crowd, so in that sense I’m a rebel.

I’ve built up schools in Thailand, have two degrees under my belt and have written over ten novels. I’ve also served in the Air Force.

Writing and reading most of the day on the beach with lots to drink, LOL;)

The leaders of China and North Korea.

Not writing novels at a younger age. I only wrote short stories and poems.

Sense of humor and intelligence.

Obama is pretty amazing with everything he has achieved.

They defeat those who believe they can. Just do it. 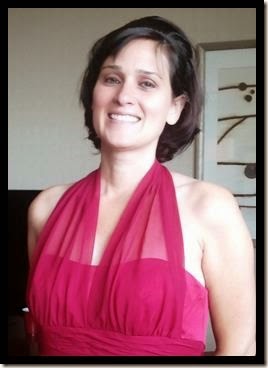 Ami Blackwelder is a Paranormal and SciFi author. Her stories range from Tween & YA to Adult. Growing up in Florida, she graduated UCF and in 1997 received her BA in English and additional teaching credentials. Then she packed her bags and travelled overseas to teach in Thailand, Nepal, Tibet, China and Korea. Thailand is considered her second home now.

She has always loved writing and wrote poems and short stores since childhood; however, her novels began when she was in Thailand. Having won the Best Fiction Award from the University of Central Florida (Yes, The Blair Witch Project University), her short fiction From Joy We Come, Unto Joy We Return was published in the on campus literary magazine: Cypress Dome and remains to this day in University libraries around the USA.

Later, she achieved the semi-finals in a Laurel Hemingway contest and published a few poems in the Thailand’s Expat magazine, and an article in the Thailand’s People newspaper. Additionally, she has published poetry in the Korea’s AIM magazine, the American Poetic Monthly magazine and Twisted Dreams Magazine.