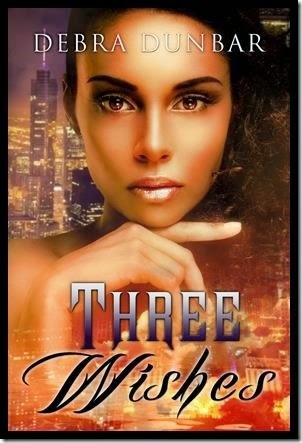 Dar helped his foster sister become the ruler of Hel, and helped her free the enslaved humans from the elves. It’s about time he helped himself – to a fun week of mayhem in the Windy City. Collapsing a few buildings and corrupting politicians is an ideal vacation for a demon in Chicago, but Dar didn’t count on a beautiful angel sabotaging his fun and putting him to work.

Asta is an angelic enforcer, scanning for demons in her assigned territory and sending them to an early grave. Unfortunately, the latest trespasser from Hel has diplomatic immunity - but immunity doesn’t mean she can’t coerce him into helping her track and dispatch the powerful demon that’s been cycling in and out of her radar for the last few days.

Demons are the sworn enemies of every angel, but Asta must learn to trust Dar or the dark presence that is growing in Chicago will spread - and this particular enemy has the skills and knowledge to send human civilization back to the dark ages.

She has one week left as an enforcer before she returns to her heavenly home – one week to catch an elusive monster, and one week to safeguard her heart from the demon who is determined to seduce her to sin.

Stupid revolving doors. What idiot thought these things were a good method of entering a building? She stood watching as the door made its circuitous route. Could she time it so she actually managed to get in between the sections? The last time, she’d been knocked backwards onto the pavement. That wouldn’t be a graceful entrance given her current dress and sky-high stilettos.

She recognized his voice even before the faint energy trickled across her skin with its siren song. How did he do that? Thank Aaru all demons weren’t as stealthy as Dar, or her job would be nearly impossible. As she turned, she realized that with her heels, she towered over him. In flats, she was the same height as the demon, but the shoes she loved so much put Dar’s chin right at her bosom — a fact he’d quickly realized and had taken advantage of.

“Want me to get the door for you?” he asked her breasts.

“Did you make reservations? Otherwise we can skip the revolving door and just head over to Taco Bell.”

The demon chuckled and brushed a curl from her bare shoulder, his fingers lingering against her neck while his eyes explored the skin north of her cleavage. “Of course I made reservations. I didn’t want you to give me any excuse to not eat tonight.”

“I swore I’d play your game tonight as long as you help me catch the other demon. I’ll eat anything you put in front of me.”

Why did that cause the demon to nearly fall over laughing? Did he have something in particular he wanted her to eat, the thought of which was giving him such amusement?

Oh. Yeah, that probably wasn’t the best thing for her to say given his proclivity toward the sin of lust.

Wiping his eyes, still chuckling, Dar strode forward, stopping the revolving door to the angry protests of those trapped inside. “Then let us dine, my angel.”

Asta took a deep breath and walked past him, putting her palms on the front of the glass as she’d seen the humans do. Hopefully he wouldn’t bump her out as he had the other evening. With these shoes on, she’d probably land face-first on the plush carpet.

She should have known he’d squeeze into the tiny space behind her, pressing the full length of his form against her back and rear. Asta tried to scoot forward, only to find herself sandwiched between the demon and the glass. The humans yelled at them to move, but Dar held still, his body warm and powerful.

“Maybe we should just stay here a while.” His hips shifted and Asta felt something stir to life, hard and firm against her buttocks.

She’d told him no sex, but rubbing against her in the doorway wasn’t off limits. And it was most definitely brought with it welcome sensations. “We need to move,” Asta said with regret. She tried to push the door forward, but Dar had it wedged in place. The trapped humans began to pound on the glass.

“I love pissing them off,” he whispered against her hair. “So much anger over such a minor inconvenience. The gifts of Aaru seem to have turned them into a bunch of minor demons, don’t you agree?”

It did seem a fair comparison at the moment, but Asta hadn’t squandered her century here. She’d seen sparks of divinity in the human race, and no demon was going to convince her otherwise.

She shifted to look at him over her shoulder, rubbing herself along his body in the process. Oh stars, this felt good. If only those darned humans weren’t causing such a racket. “You’re being inconsiderate.” Her voice was breathless. “They have a right to be angry. And they’re still very early in their evolution. Give them another ten-thousand years or so, and I think you’ll find they’re more angelic.”

When I was a child I wanted to be a dog – an honest-to-goodness, furry dog.  Writing was my second choice, those early, elementary school stories were all about. . . dogs.

In first grade when my Shanook, the Sled Dog story won a school-wide contest.  I went to a regional assembly and had my first author interview at age six.  Ever since then I was a writer.

I went into the corporate world as a profession and my writing became a bit of a side joy for me.  Beyond some early fanfic, op-ed pieces in a City Paper, and flash fiction to amuse friends and family, I didn’t really write.

Something happens to people when they hit their late forties and that stream of creativity turned into a tsunami that couldn’t be denied.  I wasn’t about to wait around five years to dance the traditional publishing mambo, so I self-published.  That debut novel (A Demon Bound) was in July of 2012, and Three Wishes is my 10th full length novel, so I’m glad I didn’t wait!

Usually three months from idea and research to final revision.  Add in the editing process, and I generally can release 3-4 books per year.  That’s a really hectic schedule, especially since I still have my day job, so I’m not promising that there won’t be a year where I only release 2!

I love urban fantasy and paranormal romance, so everything from me in the foreseeable future will be of that genre.  In addition to Three Wishes, I’ll be release book 7 in my Imp Series, and book 2 in my Half Breed series.  I’m also working on the framework for a dystopian/zombieish series, and a paranormal thriller series.

As a kid I loved folktales.  I was also convinced that I was a changeling and that the neighbor’s flower garden was a secret doorway into the fairy world.  One midsummer’s eve, the elves were going to come through the doorway and take me home.

No elves ever came, but I’ve spent my life fascinated by stories of the supernatural.

Like so many of my fans, I have to say Samantha Martin (Sam) is my favorite.  As an Imp, she gets to do all those things we’d love to do but can’t – and she has a wacky sense of humor, even when she’s the butt of the joke.  She’s vulgar and unapologetically rude, but she’s evolved into a demon that’s known for defending the underdog.

I have to shake it up when I’m writing – sometimes it’s in the office, sometimes it’s at the dining room table.  I’ve written at the park while the kids play, at the doctor’s office waiting for an appointment, or at a bar with a glass of wine in one hand.  I swear one of these days I’m going to get a treadmill desk so I can write and walk at the same time.

I will sometimes read them in the first week or two after I release a book, but after that I stay away from reviews.  Once the novels are out into the world, they need to stand on their own, and readers will make of them what they will.  I believe reviews are for other readers, not me.  I’m always striving to improve as a writer, but that feedback comes from my critique partners, workshops, etc.

I do read every e-mail and social media message sent to me, so if you loved my book and want me to know it, please let me know directly!

Asta and Dar were named day one, but I do have characters that sometimes change names after the first (very rough) draft is complete.  It makes editing a bit of a “Where’s Waldo/Ivan” hunt, but having the name fit the character is important to me.

This follows on the naming question above!  I have character traits in mind when I sit down to write my first draft, but sometimes halfway through the novel, my characters become someone else.  I remember several instances where I’ve had to go back to the beginning and do a deep re-write because a character has changed.

My editor tells me there are, but I don’t consciously put them in.  Hmmm, the moral of Three Wishes is probably “Judge people for yourself instead of relying on what others say.”  Or maybe “Quick and easy success comes with a deadly price.”

Ebooks.  I can hold hundreds of books in one hand, take them all to the beach, and not have to decide which ones need to go to the used bookstore so I can actually get into my office. 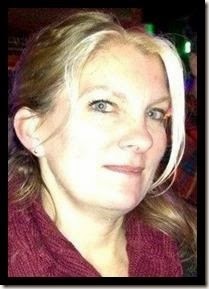 After majoring in English with a concentration in Medieval Literature and Folklore studies, Debra promptly sold out to the corporate world, occasionally writing marketing copy and op/ed articles for a local city paper. By day, she designs compensation programs, after dark she stuffs her nose into obscure mythology, and feverishly writes her novels. A DEMON BOUND is her debut novel.

Debra lives on a farm in Maryland with Sweetie, three sons, and a Noah's ark of four legged family members. She drives an old PT Cruiser, couldn't carry a tune if you duct taped it to her back, and enjoys an occasional cosmopolitan (heavy on the vodka). On a good day, she jogs and horseback rides, hopefully managing to keep the horse between herself and the ground. Her only known super power is 'Identify Roadkill'.