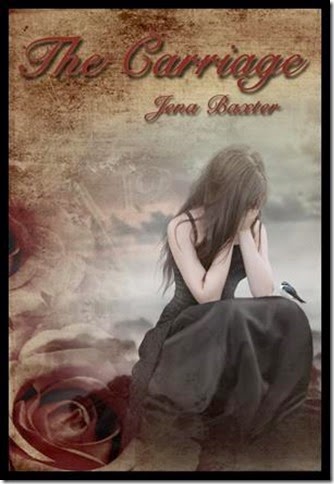 A teenage girl enters a carriage in Central Park and disembarks in Victorian, England.

Cursed by her sister Brooke, Alexis Powell arrives in the Victorian Era where she meets Ezra, who was recently murdered by an assassin his brother Amos hired. Now a supernatural creature, Ezra sees into Alexis’ mind with a touch and Intrigued by her memories, offers his help only to be rebuffed for his kindness. Alexis runs away, but Ezra is unable to shake off what he saw. He follows her through the streets of London.

Vulnerable after the death of his Father, his brother’s harassment, and Alexis’ many rejections, Ezra decides to stop following her. Alexis is unable to find work or food. Facing starvation, she steals a tomato and Ezra finds her facing the local magistrate and an angry mob. He pays for her freedom.

Finally accepting the help Ezra offers, Alexis moves into the manor he shares with his brother. Romance blossoms but the bond between Ezra and Amos is worse than Alexis’ relationship with Brooke.

Somehow I was certain I was no longer in New York. The streets were cobblestone, and the buildings wood and brick. A lot of them were broken down, old and shabby. The alleys were filthy and smelled like shit. Exhausted, I looked for a place to hide but didn’t know where to go. When I couldn’t move another muscle, I hid behind a wooden staircase with my back against the wall and fought not to jump at every sound.

I hadn’t meant to fall asleep, and didn’t know how long I’d slept, but it looked close to mid-morning when I opened my eyes and looked around.

The women walking by were wearing long, full dresses, and big feathered hats. The men’s pants were more form fitting, not the jeans they usually wear. Some of the children running around were barefoot and downright filthy, looking as if they had been rolling in mud or playing with charcoal. I cringed when I saw a boy carrying a rat by the tail. Everything was straight out of a Dickens novel. I wouldn’t have been surprised to see little Dorrit, or Ebenezer Scrooge waltz by any minute now. I rubbed my nose with the palm of my hand. What the hell was I going to do?

This obviously wasn’t real, so I must have fallen in with a role playing community of some sort. My mother and father used to play dungeons and dragons. Maybe this was the same thing, but in the extreme.

Something slammed into my back. I screamed and turned at the sound of a woman yelling at me. The broom in her hand whooshed down again, just missing my face.

What was wrong with these people? I couldn’t understand a word she said, so I ran. She chased me, swinging the broom until I left the alley.

I stopped to catch my breath, smoothed my clothes, and approached a woman in a long brown dress with a white bonnet and black boots. She stared at me like I was some sort of freak. Uh ... she was the freak, not me. Maybe the men would be friendlier, but not one of them would stop. Then I saw the man that crashed into me yesterday across the road. He looked a little different, wearing a brown suit, and an odd piece of material similar to a scarf around his neck, with a top hat. He was actually still attractive in the weird clothes. Dodging carts and vendors, I made a bee-line for him. At least he wouldn’t chase me with a broom.

A fairy, princess or ballerina in my early years, an archeologist or hospital administrator in my adult years.

I always considered myself a writer, but not an author until I published my first book.

I don’t. I’m one of the few writers that are able to write full time. I also volunteer read for an annual screenwriting competition.

The Carriage. A teenage girl boards a carriage with her sister in New York, and arrives alone in Victorian London.

About two weeks for planning and another month and a half for a complete first draft of a novel. After that it can take another six months to a year of rewriting.

I have a dramatic fantasy romance I just finished about a warrior angel sent on a guardian assignment to restore a marriage. He falls in love with his charge and then realizes she’s in danger so he covers her memories, restores the marriage, and stays with her to deal with the menace ahead. I will be publishing that one in the next few months.

I have a darker novella planned as The Carriage’s sequel.

I’m working on a paranormal romance story about covens who police the supernatural community but they are arguing amongst themselves over who should be the governing power, while the vampires and werewolves want to overthrow them. I meant for it to be a stand-alone novel, but it’s looking like a series of novellas.

I’m also working on rewriting my very first story. Pretentious is a sex, drugs and rock n roll romance that begins in high school and ends as adults. Since it would be an incredibly long novel, I’m going to release it as a series of novellas. Everyone has their own story and there will be bittersweet moments from beginning to end.

I also hope to sneak a rewrite of Hans Christian Anderson’s, Little Match Girl, in there.

The Carriage is a paranormal historical romance, and Reflections is a YA historical fantasy, but it has a little bit of romance too. Everything I’ve written has a fantasy or paranormal element except for Pretentious.

I like stories that take me into other worlds. I love history, and creating cultures and characters that are diverse and worth following.

There are so many, and my favorites change on occasion. I think Ezra from The Carriage is my favorite right now. He’s been through a lot but he’s a man of integrity and he meets the challenges of clashing cultures to be with his modern girl.

I’ve been writing since I was a child. First poetry, a short story or two, and now novels.

I do have a chair that’s all mine, but I don’t listen to music unless there is noise in the house. I really need silence when I’m plotting things out or working on a first draft. If I do listen to music, it’s instrumental and something that has a similar ambiance to my story.

I read every one of them. Writing is an odd thing. You work with other writers and editors and it seems like everyone has differing thoughts and opinions. We all think we have a good story, but reality is the mind of the readers and whether or not the world we created and its characters came alive for them.

I have a list of names I like for various reasons, and I will look for names online sometimes.

Character names come first for me.

Both, they always change a little bit as I write.

Not intentionally, but both of my novels convey there are consequences to every action.

I still love the old paperbacks, but lately its kindle or audible.

My favorite book is actually a series by Mary Stewart. The Merlin story beginning with The Crystal Cave and ending with The Wicked Day. I’ve read and re-read it so many times over the years. I even read it to my mom when she was ill.

That’s a tough question. I like to listen to epic movie soundtracks, but I really like Green Day and Imagine Dragons. 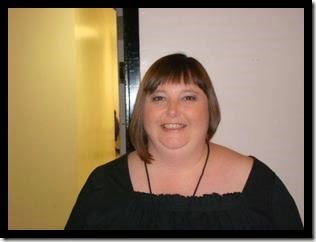 Jena Baxter has always loved history and time travel. She liked to read, and often wrote poetry as a stress inhibitor while growing up. But like other writers, she dreamed of writing a novel. So she enrolled at the UCLA Writer's Extension, to gain the confidence and skill to move forward.

Today Jena has a YA Fantasy novel, as well as a YA Paranormal Romance novel online and in print.