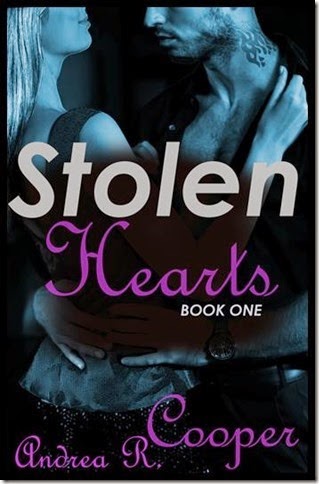 Tagline: She stole a cop’s heart… will this thief pay for her crime?

Crystal was raised as a thief, bent on revenge. She uses her talents to target the corporation that destroyed her family and her innocence.

When a handsome undercover cop enters her life, Crystal worries she'll be caught before her mission can be completed - or lose her heart to the one man she can't trust.

Kade lost his partner in Texas and is looking for a fresh start in the NYPD. Catching the thief whose been targeting the Westridge Corp. will help his transfer become permanent.

Will Kade discover the truth, or will he blame Crystal for stealing his heart?

Crystal shimmied down the drainpipe with her trophies tucked inside her backpack and computer files loaded onto her USB, hung around her neck disguised as a locket. This was too easy. Not like the Warren job where the COO kept changing the menu and supervised their catering to ensure they had followed the strict rules of kashrut.

She landed on the concrete with a thump, then removed her mask. Usually she worked at night when the catering gig didn’t provide the necessary cover, but she had a date this evening.

Her sister’s fiancée had called earlier that day to let them know his cousin from Texas would join them for dinner and would Crystal come along? As far as Crystal was concerned, it was the closest thing she’d come to as a real date in a long time. She’d take it.

Thankfully, her catering appointment with Westridge canceled yesterday. While she enjoyed cooking, it was only a cover for her and her sister’s illegal activities. What she excelled at was computers, but having a career in that field, now, would be too suspicious. Her IT skills far exceeded a Level One Help Desk worker. She despised working for Westridge, the man who had her mother killed and her dad thrown into jail, but catering was the easiest way into her target’s homes without suspicion. And she refused to pose as a cleaning lady and scrub their filth.

Years ago, Dad found what he thought was a series of accounting errors. For his honesty trying to help Westridge correct the problem, he was thrown in jail to rot. Westridge and his company framed her dad for embezzlement and sharing confidential information with preferred suppliers to obtain favors. Now she and her sister were halfway toward exonerating him and exposing Westridge and his corporate crimes. To see the look on Joshua Westridge’s face when he was convicted would make all her and her sister’s sacrifices worth it.

Thunder boomed as she weaved through alleys, stinking of rotting food and urine. She barely made it to her car before thunder rumbled.

Crystal checked the time on the dashboard, almost seven. No time to waste. Paul and his cousin, Kade, were picking up her and her sister at seven-thirty. Her car hummed to life as she stashed her backpack behind her seat. The stolen cash, including a recently purchased blood diamond necklace, lay inside. Hopefully the money and necklace would throw off Westridge’s Sales Manager to the fact that computer information had been the real prize. And hopefully, they wouldn’t discover the truth until it was too late. For now, another piece of the puzzle to exonerate their dad and lock Westridge away lay on her chest inside her locket.

She whipped into traffic and hit the wipers as fat drops of rain slapped against the windshield. Great. Ahead, a red light flickered as taxis and cars lined up behind it. She debated taking Ninth, but decided against it. Construction was still ongoing and traffic would be worse than this.

Maybe squeezing in a job before dinner wasn’t such a great idea.

Character Bio: Crystal has trained as a thief since Westridge CEO killed her mother and framed her father for his company’s crimes.

Picture provided by the author.

My best quality is my tenacious attention to detail. I will practice a theft over and over until it’s perfect before I do it. My worst quality is thinking up excuses on the fly, unlike my sister Ruby who could con her way out of practically anything while I’m standing there still trying to come up with something.

That I’m damn good at computers—more so than cooking. Wait! No, I don’t want people to know that. I can’t blow my cover, not yet anyway.

That me and my sister are thieves.

Getting caught before Westridge and his entire company is brought to justice for their crimes.

For Westridge to be in jail, my father exonerated, and to live a normal life.

Practicing safe cracking, martial arts, and keeping my catering gig-cover, have given me little time for a social life. But Kade… he makes me want to give it all up.

The guilty punished and I get my life back.

Rogue—my usb that is part of a locket I wear everywhere. It has a rootkit that helps me break into Westridge’s Board of Directors’ computers to find the evidence I need to prove their guilt and show my father’s innocence.

Not hugging my mom before she died.

My dad. He had the whole country believing he was a criminal and yet, never gave Westridge the satisfaction of giving in. He made friends in jail and arranged for mine and my sister’s ‘Uncles’ to raise us after Westridge tried to kill us when we were kids and did succeed in murdering our foster parents.

Paybacks—no matter how long they take. 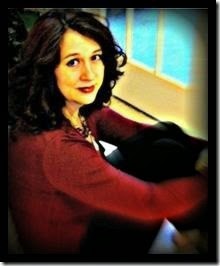 Her favorite childhood memories involve creating vibrant characters for her and her friends, then acting out their adventures. She traded in Nancy Drew books for Sherlock Holmes and Agatha Christie novels at the age of ten.

The love of her life showed her that true love never gives up and rekindles no matter how many times circumstances or others try to extinguish it. Today, she is happily married with two sons and a daughter.