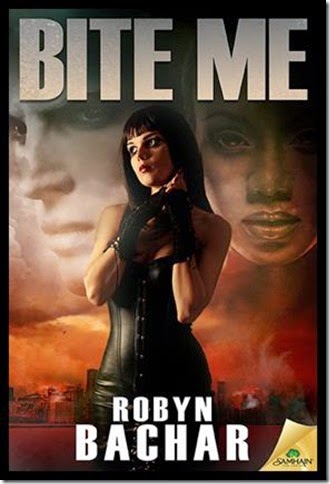 Consumed by the need to feed…

Officer Angela Kinney was on duty when hungry corpses overwhelmed the city. The survivors look to her for leadership, but nothing prepared her for a beautiful monster who offers safety in exchange for blood.

Sean MacMillan never expected to see Lizzy again after she rejected his attempts to lure her back to the vampire fold. But with his flock threatened by the horde and his murderous vampire brother, Lizzy is the only one he can trust to keep them safe.

The veil of secrecy shrouding the supernatural world torn apart, humanity’s only hope is to forge an alliance with vampires, werewolves, and things that go bump in the night. Though accepting their aid could be a devil’s bargain that puts humans at the bottom of the food chain.

I opened my mouth to ask for a volunteer, and noticed just a fraction too late that a priest’s collar peeked out from under Manuel’s overcoat and that he was eyeing me in an unfriendly manner. He spat at me in Latin and pulled a cross that exploded with blinding light. The image seared into my retinas as holy fire hit me full blast.

I’d rescued a damn priest. What a fucking way to die.

My inner demon shrieked, and I hissed like a pissed-off alley cat and bolted. I slammed against the roof ’s edge and toppled over it like a drunk after the bars close, then crashed through the plastic top of a Dumpster in the alley. For a moment I was relieved to be out of the burning, but it was quickly followed by the sudden onset of the what-the-fuck pain of my landing.

The world had ended before garbage day, so I was up to my ass in trash bags that stank like rancid vomit. Mobs descended on my Dumpster in a sea of arms outstretched to grab and devour me. Like sharks in a feeding frenzy, they were programmed to bite first and ask questions later. My pink Chucks had no traction as I tried to climb atop the Dumpster, and I slipped and struggled. Ugh. Death by fashion. I should’ve gone for the Doc Martens.

Mobs weren’t good at ladders, but they could handle climbing short distances, and two toppled over the edge and into the garbage. I tried to kick myself into flight, but my magic fizzled and refused to cooperate. No fuel, no magic. One of the trash zombies’ rotted teeth sank through my jeans and into my leg, and I screamed at the top of my lungs.

I ripped my leg away, losing a chunk of flesh and muscle in the process, and with a rush of pure terror I vaulted out of the garbage and into the alley. When I hit the ground my wounded leg buckled and I collapsed. The dead closed over me like an ocean wave and clawed at my cashmere coat with frostbitten fingers until I wriggled out of it and broke free. I booked it as best I could, ducking and weaving through the crowd.

Despite my fear, I had enough sense left to run down the alley away from the spot the humans had been. I emerged into the street opposite, found it likewise occupied by mobs, and cursed as I headed into the next alley. A metal fire escape clung to the side of the building to my right, and I leapt, pulled the ladder down and hustled up it as my wounded leg fought me the whole way. When I reached the roof I sighed with relief and lay flat, staring up at the full moon as hunger raged through me like a slavering, rabid dog.

I needed to feed, and the only living humans in Chicago were traveling with a priest with a grudge. I wouldn’t make it home without blood—hell, I wouldn’t make it off this rooftop. In a few hours the sun would rise and I’d be Lizzy Addams flambé.

It sucked to be a vampire at the end of the world.

This is a dangerous question to ask a woman. It’s almost like, “Do I look fat in this dress?” Any answer has drama potential. But since you asked, I like to think of myself as a lover, not a fighter. I’m just a girl whose intentions are good. It’s my inner demon that causes the problems.

I wish people could understand that I’m an exception to the vampire rule. Most vamps spend their immortality being cheesy Bond villains. That’s not me. I’m a kinder, gentler vampire.

Mostly it’s the vampire thing, but with the world filled with mobile corpses, the cat’s out of the bag that the dead stalk the night.

Villagers with torches and pitchforks.

World peace. Though right about now I’d settle for a good cheeseburger. Zombies ruin everything, including fast food.

It depends on what I’m doing. My inner demon prefers leather and lace. I’m more of a jeans and T-shirt girl, unless I’m in corporate mode, then it’s all power suits and designer shoes.

My Master would say I’m going through a rebellious phase. But he’s a prick, so what does he know?

My building. It’s a twenty-five story tall solar-powered beauty, all glass and steel, topped with my very own landing pad. And it has my own underground bunker that keeps me safe from vampire hunters.

Happiness is flannel pajamas and a high-speed Internet connection.

Bored. Kinda wish those zombies would go away.

My collection of plush Rottweilers.

People tend to notice the fangs when I’m pissed off or hungry.

What do you dislike most?

Zombies. And people who talk on their cell phones in restaurants.

I despise most living people. They’re all untrustworthy. One moment they think you’re cool, then out come the wooden stakes.

I wish I could have traveled more, but vampires are super territorial.

Kindness. I’ve been around too many mean men.

Buffy the vampire slayer. Yeah, she killed my people, but most of us have it coming.

Ugh, as I said, the living are boring.

I’d like to be taller. And not part demon. Sadly I’m stuck this way.

Paranoia is just another word for longevity. 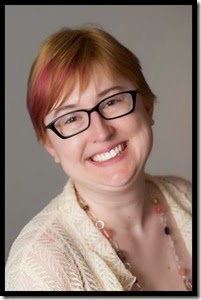 Her books have finaled in PRISM Contest for Published Authors, the Passionate Plume Contest, and twice in the EPIC eBook Awards.

As a gamer, Robyn has spent many hours rolling dice, playing rock-paper-scissors, and slaying creatures in mmorpgs.