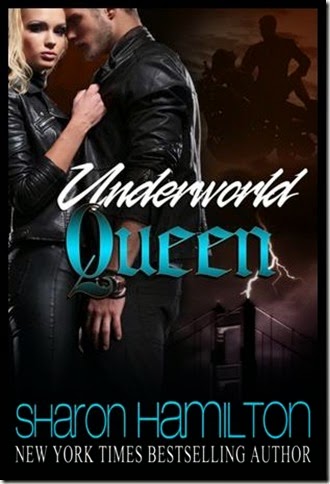 Audray has just assumed the title as first-ever Queen of the Underworld.

As she attempts to consolidate her rule, characters from the past threaten to destroy her and the love she shares with Jonas Starling, a 300-year old dark angel. When she discovers she has been the recipient of a miracle, suddenly their whole immortal lives are changed forever.

Will they survive the coming war or get snagged in the power struggle over not only the underworld, but the human world as well?

Audray loved being the first-ever woman Director of the Underworld, but she preferred the title “Queen” even better. Jonas had begun calling her that and it became part of her persona almost immediately.

Maybe it is the way Jonas whispers it to me just before he takes me.

That word was something she would never tire of hearing, just like the sounds her paramour made as he pleasured her to distraction and beyond. And the best thing of all was that he did it out of love, not obligation. His need to please her was equal to her need to be ravished over and over again.

And worshiped as only a queen should be.

Jonas was still wearing his black leather vest, but was naked everywhere else that counted, sleeping like a baby. She tucked her back into the warmth of his chest, feeling tiny against him, and reveled at how safe and protected she felt. She’d never had such a big man, big everywhere, but especially big in the way his soul screamed for her. It took a lot to distract her from all the pleasures in the Underworld, but being in bed with Jonas outshone them all.

When they’d gotten back to her home in the human world, he’d barely caught the bike when she jumped off. He saved it, of course, cursing softly, before it could tip and fall into her blood red Maserati. Even hearing him curse gave her chills.

All afternoon she had been touching him as they flew past rows of vineyards and redwood trees on their way home, her breasts pressed against the back of his thick torso. Her cheek rested in the place she smelled his maleness the strongest: at the back of his neck, just under his hairline. She watched the light brown tendrils of his shoulder length hair dusted with gray, catch fire in the late afternoon sun, coaxing her to reach down and squeeze his package, making him swerve the bike. But he was laughing, and she felt they didn’t have a care in the whole world.

She had thought she would enjoy the powerful Directorship more. Jonas had been an unexpected distraction. Ever since their explosive first meeting, Audray felt her whole world had changed.

Character Bio:  I’ll quote a piece from the book, where a college professor does research on Mr. Starling, on behalf of a mysterious dark lady:

He took another sip of the draft and, drying his fingers on the thighs of his pants, flipped open the heavy navy blue front cover embossed in gold and black lettering. The first few pages were clear onionskin in a cream shade, crinkling as he turned each page carefully. He looked at the date of the publication.

Pirates of the Americas, by Sir Anthony Markham.

I have attempted to explain the life of piracy certain brave young men took to when their families stopped supporting them and their fortunes waned. Lured by the call to adventure, they engaged in practices we might today consider criminal, yet they were in fact sanctioned and often openly supported by the Royal houses of England, France and Spain.

These men, and a few women, were pawns in a much larger chess game played out by the kings and queens, knights and bishops of their time.

And yet their bravery and gallantry, their respect for the code of the high seas made them royalty, without the golden robes and crowns. For wealth can be defined in many ways.

Unlike their earthly masters, some even cheated death itself. I would like to think they rule over kingdoms we have yet to discover, that their graves house a bundle of bones but their souls rein supreme and live forever.

Carl thumbed through the list of chapters, not knowing which one he needed. His finger stopped at the Sixteenth Chapter entitled: The Life and Tragedy of Jonas Starling.

Jonas Starling was born in 1667, the youngest of four brothers, and grew up in the country surrounding the town of York, where his father, the 3rd Earl of Stratoven, had considerable lands and tended a well-managed family farm. He also had developed plantations in the Caribbean, and, as a young boy, Jonas had accompanied his father there to learn about overseeing his family’s interests in the islands some day.

A tall handsome lad as a youth, he came to the attention of the ladies quite early. As the youngest son, he would not inherit, but if he married well, could advance his station in life considerably. So, at the age of eighteen, he was betrothed to the lovely Anne Mackenzie, only daughter and heir to Ian Mackenzie, a very wealthy Scottish Laird. This match would also secure Mackenzie’s ties to England, as his father had been rumored to be a supporter of the restoration of the Scottish monarchy, though Ian Mackenzie swore otherwise.

Carl looked around him. The tavern had filled to near capacity. A number of couples were eyeing his booth with the empty bench seat across from him. He had a twinge of guilt, but was anxious to get back to his reading.

Before the marriage could take place, however, in 1685 Jonas was summoned to the Court of Charles II, who was in desperate need of a male heir, having fathered a dozen children, illegitimately. The Queen looked fondly upon the young lad so, as a test of his family’s loyalty and to help cement the Mackenzie alliance, he was asked to spend the summer with her and to become her lover. He was to bring about a male heir, under the cloak of secrecy. A high Catholic, the superstitious Portuguese-bred Queen secretly believed enemies of her husband’s had cursed her womb.

Heartbroken, at first Jonas refused, but when even his betrothed urged him to do his part for his family and her clan, he relented. He came to live at the court, ostensibly to advise the King on farming techniques.

I get impatient with myself sometimes. I like to squeeze the juice out of life, so I can tend to burn the candle at both ends, make things happen last minute. The that can also be a good thing, because I don’t write from an ethereal detachment place, but a place of high emotion, passion and driving will. If I’m going to want my reader to be absorbed, I have to write that way. I think I’ve always been intense.

I’m very sensitive and sometimes very insecure. I desperately want things to be the best all the time.

I worked one summer for the SF 49’ers typing plays!
My grandfather was an evangelist, one of the good guys, though.
My grandmother and two of her sisters married my grandfather and two of his brothers.
I’m a very slow reader, but a very fast writer.
I’m easily distracted. The library is too busy for me. I have to use headsets and music to write.

Not being remembered. Being insignificant.

To be a NYT Bestselling author with every new release.

Ex-hippie trying to tone it down. I used to embarrass my kids with my bright colors. I like to wear flowers in my hair any chance I get, and sparkly headbands.

These days I only break the rules that need to be broken.

Having 3 careers and becoming a success at all of them.

To be unstoppable. To be able to do things I want to do in life with fewer and fewer constraints.

Too tired to daydream. Just finished a book.

My relationships. The people I love in my life. My health.

I never ever give up. I get close sometimes, but I don’t give up. I believe the good in people first and sometimes get burned by it, but I’d rather live my life that way. I believe being a good person will win out over the haters, and try not to burn too many bridges. I’m a good friend and a loyal follower.

Dishonesty, and then lying about it afterwards. Using people’s vulnerabilities for a person’s own gain and lying to themselves and others about it. I have to stay away from corrupted souls like that.

That terrorist, wherever he is, who thinks that killing me or my family is a worthy thing to do.

Sexy voice, fit, careful of my feelings but strong to lean on. Positive, gentle and loyal. Able to finish and to take on burdens without complaint or excuses. Unafraid of love, in fact, embraces love.

Soft and a little demanding of what she wants, but with sugar, able to multitask and take on burdens without complaining, creative and bright. Personally, I think women are smarter than men. But I love men, so it doesn’t matter!

I have a short list of a few Navy SEALs I admire. Johnny Walker, wherever he is, the one who saved so many of our guys.

I’d look like a fitness model. Only with brunette hair!

You must be easy to start and hard to stop.

Underworld Queen Prize Pack that includes: a grand prize of a $25 gift card to Amazon or Barnes & Noble, plus an eBook and audio book (winners choice, from Sharon's backlist). Grand prize Value $50. 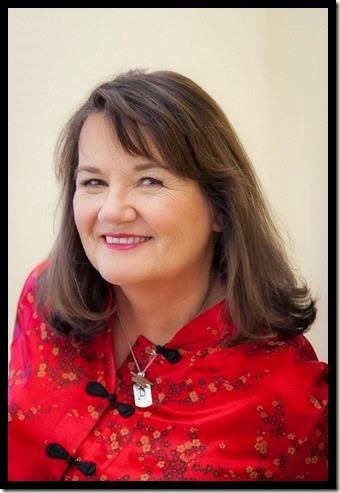 Sharon’s NYT and USA Today bestselling novels are almost-erotic Navy SEAL stories of the SEAL Brotherhood. Her characters follow a spicy road to redemption through passion and true love. This series continues with book 8, SEAL's Promise, which will release November 11, 2014. All of her SEAL Brotherhood Series are available in audio book. She has maintained an Amazon top 100 author status in Romantic Suspense for since the end of 2012.

Her Guardian Angels struggle with the human charges they are sent to save, often escaping their vanilla world of Heaven for the brief human one. You won’t find any of these beings in any Sunday school class.

Sharon lives in Sonoma County, California, with her husband and two Dobermans. A lifelong organic gardener, when she’s not writing, she’s getting verra verra dirty in the mud, or wandering Farmer’s Markets looking for new Heirloom varieties of vegetables and flowers.

"True Love Heals in the Gardens of the Heart"