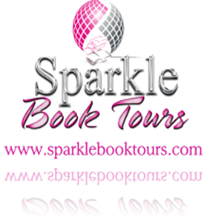 Have you ever wished for a second chance?
The Hutchinson sisters are out of the frying pan and into the fire—just like their mother always threatened!
Gwenn is floating in the dreamy, fragile glow of her new relationship with wealthy artist, Daniel Gregory, when a blast from her past makes a triumphant return. Sure he ran out on her over a decade ago, but can she turn her back on a war hero?
Rachel is on the brink of having everything she ever dreamed of, but that’s not how things work out for Hutchinson girls. Her rock-star girlfriend is leaving for a lengthy tour and something is afoot at the bakery. The righteous hand of her mother, Shirley, can orchestrate tribulations from halfway across town.
The sisters think they can run away from their troubles on a quick trip to the heart of Mexico, when an unexpected phone call shatters that illusion.
Filled with intriguing characters, plenty of steamy romance and lovely plots twists, MY FAVORITE SECOND CHANCE will have you flushed with anticipation, blinking back tears, laughing out loud and cheering for your favorite characters.

CLANG!
He woke with a start.
A flaccid sliver of grey light had infiltrated the dank blackness. The comforting numbness in his right shoulder convinced him that he had survived the night. He listened carefully and played his second favorite game—how long until they got to his cell and tossed in what he had come to call “breakfast.”
A key twisted in the lock. The door screeched open, the light blinded his nocturnal eyes and a metal tray scraped across the filthy concrete floor.
His hand searched toward the sound. Treasure found, his fingers encircled the spoon handle.
Slowly, painfully he crawled to the corner and scratched a hatch mark on the wall as he recited his “sanity” mantra.
“I am Sergeant Steven Hays. Today is day 2,189 of my captivity. I am engaged to Gwenn Hutchinson and I will return to her. God. Country. Corps.”
Steven slid the bowl over and forced himself to consume the foul slop it contained. He was emaciated and his mouth burned from canker sores. One thought kept him alive—his last, sweet, searing memory of her. Gwenn was his guardian angel and he intended to live long enough to tell her.

I love writing, but working on “My Favorite Second Chance” did come with some moments of “freak out.” Reading helps me escape from reality and relieves stress, and with a teenager running around…I need relief! Books are my best friends!

Here are my all-time favorites:

This list would be different if you asked me tomorrow. There are always new authors joining the fray, and I know working on the third book in The Lake Effect Series will have its share of ups and downs. Read! Read! Read! 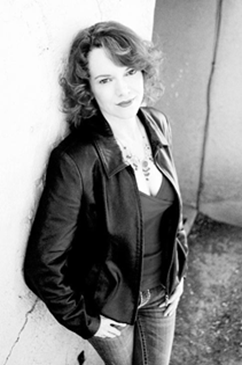 Rue graduated from Pepperdine University in Malibu, California, with a degree in Journalism. Her intimate knowledge of the Midwestern United States, the inordinate amount of time she spent in its churches’ pews and her unique parentage make her an expert on life after religion. Having moved 17 times by the time she graduated from high school Rue has seen more than her share of the Great Plains. She never stayed in one place long enough to make lasting human friends. Her best friends were all characters from her beloved books; and the love of reading led to a lifelong passion for writing.