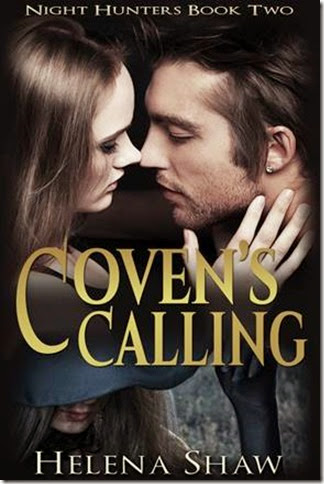 Dawn Garrett has left behind the horrors she faced in Goosemont for a life on the road with Jase Byrnes. With his guidance, she’s started her training as a hunter of the things that hide in the shadows.

But that training is interrupted when another hunter needs help on a case. Together, Dawn and Jase head south to Louisiana to discover just what is behind a series of gruesome attacks in the suburb of Bon Marais. It’s the perfect chance for Dawn to show off her new skills, but with real danger lurking everywhere, Jase isn’t ready to let her out of his sight.

She’s sick of being held back, but when someone from her past arrives in Bon Marais, Dawn will face her toughest fight yet. She has to make a choice whether to become the hunter, or to follow her heart.

The trio ate in silence, and Dawn did what she could to keep an eye on the crowd, to listen, but everyone who passed was more occupied with talking about what else they had to buy for Christmas than they were about any of the strange goings-on in town.
“This is a bust,” Jo moaned as she finished her burger. “Most people are downright ignoring us.”
“It’s because we’re a group,” Jase said to her. “It’s harder for people to feel at ease around a group of people they don’t know. Just standing here, we look like we’re watching them. We need to go about this another way.”
“Such as?” Dawn asked, though she knew the answer and was not looking forward to it.
“We need to split up,” Jase said. “Sixty minutes, got that? We meet back at this exact spot.”
“So you can get another burger?” Jo joked.
“Hey, now,” Jase laughed with her. “Just because I want a second helping doesn’t make it my only motivation.”
Dawn wished she could share in their lack of concern, but being left on her own was scarier than she remembered it being only weeks before. She’d grown accustomed to having Jase by her side, and there was no way of knowing if someone—or something—was out in the woods just waiting for them to split up.
Her concerns weren’t long-lived. As Dawn began to pace around the clearing on her own, she couldn’t help but let herself enjoy the sights, the sounds, and most of all, the smells. It was all so familiar, a beautiful flashback to her childhood. A cotton candy stand beckoned her on her left, while a vendor selling fudge called to her from her right. All around her, people were smiling, and a few even said ‘hello’ to her as she passed. Despite the dangers, people seemed friendly. Maybe even forcibly so.
Just as her guard began to drop, Dawn spotted two silhouettes off in the shadows between the motor for the Ferris wheel and the pump for the unused bouncy house. Despite their poufy jackets, their shapes were decidedly female, and with the noise around them, there was no way they weren’t having a conversation they wanted to keep between just the two of them.
Slowly, Dawn made her way through the crowd of people. The two women she was keeping an eye on had their backs to her, and over the noise they might never hear her, but she couldn’t take that chance. She just needed to get close enough to hear something, anything, before she made her retreat again.
Around her the crowd broke, and she managed to get close enough to hear a soft, lilting voice just above the roar of the motor. It wasn’t a voice she recognized—at least, she didn’t think so—but despite its softness, there was anger there.
“Look,” she heard one of them hiss at the other, “I screwed up, but I’m not the only one. You need to keep that damn ghoul on a tighter leash.”
Dawn’s heart skipped a beat. She’d found them. There were at least two witches, and she’d found them. All she needed was to get close enough to them to see who they were before she found Jase and told him just what she’d discovered.
It was risky, but she had to do it. Her heart pounded as she moved. They were only a couple feet away, and all she needed was a quick look and she could disappear into the crowd, unnoticed and unseen.
Her luck was lacking, though, and from the shadows a third figure appeared. Before she could make sense of the hooded face before her, they raised their hand and a fine pink dust clouded the air. In her eyes, her nose, and her throat, the smoky plume burned, and she nearly fell to her knees, coughing in a feeble effort to stop the attack.
It was only when she was able to breathe again that things started to change. With every inhale came a deep warmth that flowed through her veins and filled her with passion, desire, and need.

Character Bio: Dawn is a twenty year old quasi-drifter with a dark past. While she grew up in a post condo overlooking Central Park, her life wasn’t as bright as it seemed. The moment she turned eighteen, she was out the door and on the run, doing everything she could to escape an abusive past. From dyeing her hair to wearing colored contacts, she’s always careful to remain “Dawn” and not the scared young woman she left behind in New York.

My best quality is my determination – when I set my mind to something, I do it. My worst is probably either my strong sense of flight when things get rough, or my moments of jealousy.

Part of me wishes I could just let everyone know about my past, it would make things easier in some regards, but a lot harder in others.

That my name isn’t really Dawn! I grew up as Jennifer, and I’ve gone by a few others since, but Dawn suits me and I’m keeping it as long as I can.

My stepfather, but recently you can add werewolves to that list.

To become the kind of hunter that Jase would be proud to call his partner.

Honestly, I’m not sure. Sometimes I think Jase is my boyfriend, sometimes I think we’re just lovers, but I’m his partner at the very least. I just need to find the right time to ask him that question myself.

Practical. I’ve done the designer thing in the past and I know it would not work for tracking a monster through the woods for days on end.

I’d say I’m not, but other people would disagree with me and I know it.

Taking the plunge and leaving home at eighteen without a dollar to my name. Freedom is worth more than money.

Not having to look over your shoulder every time you leave the house.

Pensive, I don’t like using computers much, too easy for people to track.

A photo of my old boss, Jim, my old coworker, Gabe, and my late best friend, Courtney and I.

Fake people, the ones that act like they care about you, but only use it to hurt you.

Leaving Goosemont without a real good-bye.

Malala Yousafzai – she doesn’t let anything stop her.

To be physically stronger, but I’m working on it. 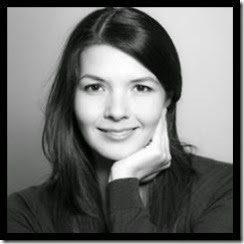 Helena Shaw resides in a small town in western Ontario. When she is not writing, she is taking care of her two boys and her husband.