Author Interview with Stephan Morsk, author of HE: A Sexual Odyssey

Today on the blog we have Stephan Morsk for an interview. Stephan is the author of HE: A Sexual Odyssey today’s book blast. We would like to thank Stephan for stopping by and sharing with us. 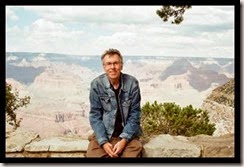 Stephan Morsk is a mental health professional who writes daily. He won a 7th and an 8th place in the Writer’s Digest competition 2001 out of a field of 19,000 writers. He has published a short story and won honorable mentions in other years. His web site morsklitmonthly.com offers a new short story each month. He is interested in novellas and recently submitted “Parrot Moon” to the Paris Literary Prize. He’s finished several other short books, part of a four part series including “HE”, “Trashy Novel-A Love Story”, “She” and “I”. He lives in rural Minnesota with his family. Favorite novelist, Normal Mailer. He enjoys exercise and is a reasonable amateur magician. ﻿

Did you always wanted to be a writer?

If not what did you want to be? I have a career. I’m a mental health professional. But writing has always been in my blood. I was the editor of my college literary magazine. I loved watching authors on TV. I grew up in the sixties and was used to seeing Gore Vidal, Truman Capote, Norman Mailer (my favorite author) on talk shows. In those days authors had a presence and an aura, a laudable mystique. So, I’ve been writing daily for the past fifteen years or so. I’ve won a 7th and an 8th place in a Writer’s Digest competition out of a field of 19,000. I’ve published short stories and won honorable mentions in other years.

When I won the Writer’s Digest competition places (7th, 8th). I knew I could really do this. But it wasn’t until I wrote “HE:A Sexual Odyssey” that I knew this book had to be read by people. I’d had the guts to enter the Paris Literary Prize and the Flannery O’Connor award.

Once I made the decision it took less than six months.

As I mentioned I’m a mental health professional. I love that work, but would like to phase into writing as my full time occupation.

Self published with Infinity Publishing.

I love writing short books because I love reading them. I’m an inordinately slow reader and cannot tolerate much dead space in a novel. “HE” is a novella. The three sequels are novels just over a hundred pages each. It takes several months to write them. But at least I’m not tied up for years in one project.

“HE” has three sequels finished: “Trashy Novel: A Love Story’, ‘SHE’, and ‘I’. In the latter obviously we get into the head of the protagonist. Since then I only write in the first person.

I’ve made up my own genre term ‘mysteroticom’ consisting of mystery, comedy and erotica. No one else is doing it. At least not the way I do.

It evolved naturally from what I enjoyed writing about, what I thought interested others, and who I was as a writer. I must say I sort of eschew categories. To say something is erotica may be somewhat over defined. For example was Roth’s ‘Portnoy’s Complaint’ erotica? How about Mailer’s ‘American Dream’ where the protagonist throws his wife off a balcony then goes downstairs and has anal sex with the maid? Neither of them were labeled such. Even ‘Lolita’ is considered literature, not erotica per se. (By the way if you haven’t read these, please delight yourself and do so. Mailer’s ‘Tough Guys Don’t Dance’ is also pure genre heaven.)

The protagonist in “HE” is of course vaguely autobiographical. He’s entranced by the power women have over men, feels they’re his salvation, and lets himself become ensnared in their wily deviations. He also has shit for luck.

About fifteen years daily. As I said, writer’s have always held fascination and gravitas for me. Normal Mailer is the quintessential writer in that he is so multi-faceted. He went to Harvard, was an alcoholic, stabbed one of his wives and spent time in Bellevue. He also won two Pulitzers, ran for mayor of New York (lost) and made films. Quite a career! (You can see him box it out with W.F. Buckley on uTube or parry with Gore Vidal and Dick Cavette in Cavette’s video book ‘Talk Show’. I find stuff like that enthralling.)

Every morning I get up at 5:45, have some breakfast and go up to the computer room and write for an hour. Even on vacations I continue it. It’s in my marrow.

Definitely. I love ‘em all.

Title first although rarely I’ve changed it mid way. “HE” started out as Crispisulcans which means serpentine in Latin. I’m glad I changed it.

My protagonist are ALWAYS nameless. I believe giving them a name is too limiting. For example would you feel the same way about a Raul or a Jeb? I think the main character should be somewhat of a blank screen on which the reader can project their own vision. Other characters I visualize from my life, TV, movies etc then add the requisite personality tracts. I love Eve who is reincarnated as Beatrice in ‘Trashy Novel: A Love Story.” She’s filthy hot, dangerous and totally upfront about loving the protagonists ‘nine incher’. All my protagonists have long penises as well. Smokes a mean joint.

Are character names and place names decided after their creation?

Or do you pick a character/place name and then invent them? I visualize a character based on someone I know or have seen, then modify their qualities like choosing clothing in a fashion app. A brutality here, a sensitivity there, an enormous IQ on this side, you name it. It’s a blend and is fun etching it into one iron core amalgam.

As I go along. The characters fit into the overall thrust of the novel. For example, Misha, the ember hot nanny in “HE” is also a sado-masochistic bitch who sends him a letter with a pubic hair and rubbed with her pheromones. She hooks up with him in restaurant women’s rooms and makes him suck her toes. (Among other things.) And he goes along with it!

Sometimes we’re victims of koala gray, gonzo fate, karmic vortexes that play us like marionettes in a tornado. Another theme is the power women have over men. “HE” looks to them for salvation, much to his punishment and, at times, gratification.

Paperback. I’m still an old fashioned horticultural nightmare who likes to sacrifice trees for the thrill of holding pages in my hand, folding them over, scribbling and underlining in them. Nothing against e books (“HE” is in Nook, Kindle) but just like the tangible feel and sniff of inked paper.

Chandler. ‘The Long Goodbye’ with Elliot Gould. Of course if it wasn’t for Gould’s brilliance it wouldn’t have been what it is, even though the book is a megalithic icon. I also loved ‘Fear and Loathing in Las Vegas’ Hunter S. Thompson’s classic political psychedelia.

If you would like to find out more about this amazing author, check out the book blast below.