Nora’s impending college graduation is a triumph over the dark incident in her past that changed her life and stopped her best friend’s. Balancing school, work and her demented admirer at the diner is tough. All she has is six more months, but it similar to walking a tightrope blindfolded.

Life-like dreams pull her into the 19th century world of Clayton. A man who declares he’s her soul mate. Even though, she’s decided against romance, the young witch finds herself drawn to the Irish healer, even hearing his voice in her head.

This would make most people question their sanity. Nora needs to find out if Clayton is real and if she’s crossing over into another world in her sleep. If she is, will she end up stuck in the past? Can magick bring them together?

His eyes sparkled with humor as he held out his hand to her. “Climb up, darling. I’ve been waiting for you.”

Familiarity colored his voice as if he greeted an old friend. Nora knew she’d have remembered a dark-eyed hottie with curly hair and a wicked smile. Better yet, the bright green and yellow wagon he stood on was definitely memorable, especially with its fanciful drawings on the side and the two draft horses in the traces. Was she remembering part of a movie or a story Nana told her? That was it. Nana was part Romany Gypsy.

Still, it didn’t make sense if she was in the story and the unknown man spoke English. Part of her wanted to take his hand and step up into the wagon to take off with him. At times, he looked into her eyes, not only as if he knew her, but also liked what he saw, which made his invitation tempting, very tempting.

The man dropped his hand. “Oh, I see you’re still not ready, my Nora.”

The man jumped down from the wagon, startling her, invading her space. His face filled her vision. She had to admire his strong jawline, and the crinkles around his eyes when he smiled caused her heart to beat faster. Her lips turned up naturally in response.

“Nora, Nora, how could you have forgotten me? I have loved you through several lifetimes and searched for you in each of mine. My life was desolate until I found you in a dream.”

She was dreaming. That made sense.

Why did he keep repeating her name? He said her name as if he knew it well, without a blink or a hesitation, not like those fraternity guys trying to hit on her who could never quite remember her name, calling her everything from Nadine to Noreen. One even called her Norad, which she promptly informed him stood for North American Aerospace Defense Command. As she recalled, her would-be Romeo stumbled away, muttering, "bitch” loud enough for her to hear.

Men never worked too hard to romance her. Her purpose in attending college was to get an education, enabling her to obtain a decent job. A good portion of the girls who came to school felt the need to cut loose by skipping class, drinking too much, and having sex with guys they didn’t know or couldn’t remember. Often those same girls flunked out in less than two years. As a scholarship student, she needed to keep her grades up.

Why didn’t she know his name?

His voice became higher, sounding more like a woman’s, and he shook her shoulder vigorously. Why would he do that? Ogden would do that, but not this mysterious man.

“Nora, get up right now, or you’re going to be late to your clinical.”

Tonya’s voice broke into her sleep-drugged thoughts. Her eyelids fluttered opened to the morning sunlight streaming around her curtain, indicating the time. “Oh, I overslept. Thank you, Tonya.”

Her clean uniform hung on the hanger in front of her closet where she left it. The ironed smock and pants gave her a little reassurance that she’d make it on time. Some of the students showed up in wrinkled uniforms, and from standing too close to them, she suspected a few were unwashed, too. How could a person make it this far in the physician assistant program and still not take it seriously? Nora took it seriously. Of course, she did. She took everything in earnest, probably the curse of being the firstborn.

Tonya kept a running commentary as she dressed. “It’s not like you to be late. I even heard your alarm go off, so I came into the room. You had a big, stupid grin on your face. Was it a good dream?”

Thinking back to the man in her dream, she’d probably call it perplexing as opposed to good. Yet, she was happy she’d remembered. Part of her recognized him and was glad to see him. “I guess you could call it a good dream.”

“Ah ha.” Tonya grinned and shook a finger at her. “I bet you were not dreaming about Ogden then.”

Grabbing a brush, she ran it through her short, dark hair. A shower would be better, but she’d given that up when she chose to continue to dream about the dark-eyed man instead of getting up on time. “How do you know I wasn’t dreaming about Ogden?”

Snorting, her roommate shook her head. “Girl, now’s not the time for it, but…”

Nora knew her outspoken roommate would say whatever was on her mind. Holding back wasn’t her way. One of the things she enjoyed about the colorful Jamaican. “Go on.”

“All right, I will.” Placing her long-fingered hands on her ample hips, she started, “We’ve been friends for almost four years, right?”

Nora nodded, thinking back to the day they ended up together. Her assigned roommate had reported her when she’d lighted a candle in recognition of the Goddess. It hadn’t been the lighted candle, even though it was against the rules. Nope, her roommate had told her the Goddess statue creeped her out. Called her a Satanist then reported her for open flames. She should have reported Crystal for smoking in the bathroom, but she hadn’t. Instead, in a panicked moment, she’d pictured her career and scholarship vanishing. 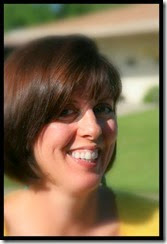 Rayna Noire is an author and a historian. The desire to uncover the truth behind the original fear of witches led her to the surprising discovery that people believed in magick in some form up to 150 years ago. A world that believed the impossible could happen and often did must have been amazing. With this in mind, Ms. Noire taps into this dimension, shapes it into stories about a Pagan family who really isn’t that different from most people. They do go on the occasional time travel adventures and magick happens.