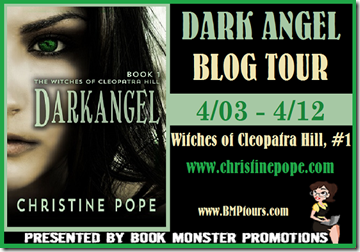 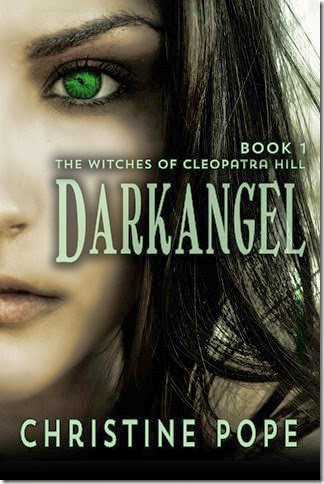 The Witches of Cleopatra Hill, #1

Finding the man of your dreams can be a real nightmare….

As the future prima, or head witch of her clan, Angela McAllister is expected to bond with her consort during her twenty-first year, thus ensuring that she will come into her full powers at the appointed time. The clock is ticking down, and her consort has yet to make an appearance. Instead, her dreams are haunted by a man she’s never seen, the one she believes must be her intended match.

But with time running out, and dark forces attempting to seize her powers for their own, Angela is faced with a terrible choice: give up her dreams of the man she may never meet and take the safer path, or risk leaving her clan and everyone in it at the mercy of those who seek their ruin.

Darkangel is the first book in The Witches of Cleopatra Hill, a paranormal romance trilogy set in the haunted town of Jerome, Arizona. 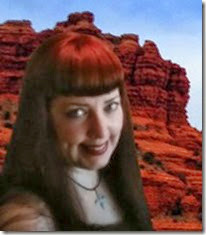 A native of Southern California, Christine Pope has been writing stories ever since she commandeered her family’s Smith-Corona typewriter back in the sixth grade. Her short fiction has appeared in Astonishing Adventures, Luna Station Quarterly, and the journal of dark fiction, Dark Valentine. Two of her short stories have been nominated for the Pushcart Prize.

Christine writes as the mood takes her, and her work includes paranormal romance, and fantasy and science fiction/space opera romance. She blames this on being easily distracted by bright, shiny objects, which could also account for the size of her shoe collection. After spending many years in the magazine publishing industry, she now works as a freelance editor and graphic designer in addition to writing fiction. She fell in love with Sedona, Arizona, while researching the Sedona Trilogy and now makes her home there, surrounded by the red rocks. No alien sightings, though...not yet, anyway!