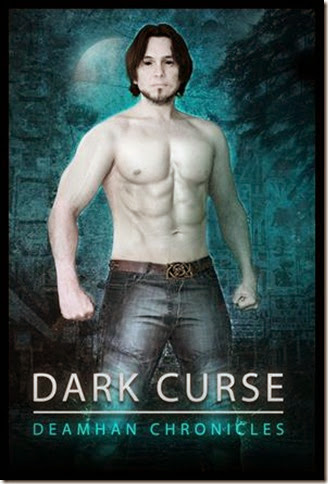 The Deamhan world is in disarray. Freed from Limbo, Lucius, the once feared and Ancient Lugat, goes on a killing spree to wipe out any remaining traitors in the city of Minneapolis.

Meanwhile The Brotherhood's return along with the growing population of vampires riles up the remaining Deamhan who choose to stay behind rather than abandon the city. The body count continues to pile up forcing both humans and Deamhan to pick a side.

Either allow Lucius to free the Pure Ones, the first living Deamhan from Limbo, or take him out and cripple their already fragile presence in the city.

Anastasia's eyes meandered over them. They were young, no older than ten years max. When she attempted to scour their minds, a barrier blocked her. The female Ramanga rushed at Anastasia in Deamhan speed but she quickly moved out of the way, grabbing the back of her shirt and tossing her several feet in the air and onto the roof of a parked car. The Metusba catapulted himself at Remy but he jumped several feet into the air, avoiding his attack.

Anastasia rushed at the Metusba and she sank her teeth into the base of his neck, ripping at his flesh. He screamed, pushed her away, and fell to the pavement on his knees.

From the roof of the car, the Ramanga flew at Remy with fists raised and her mouth opened, revealing her fangs.

She swung and he ducked, feeling the brisk wind travel over his head. Her punches continued nonstop but with each punch Remy evaded, the faster the punches came. He finally found an opening and his fist connected with her stomach. The Ramanga's feet wavered but she immediately found her footing and she swerved to the left, avoiding Remy's rising left punch. She raised her knee, striking Remy's in the chin and he fell back on the pavement.

She quickly maneuvered herself on top of him, striking him over and over again with her fists. Remy's head jerked from right to left, feeling his cheeks burn with each hit until Anastasia wrapped her arm around his attacker's neck and threw her off of him.

She helped Remy to his feet and they ran off in Deamhan speed with the two Deamhan following them. Their stride took them under a freeway, splashing through knee high water, and they turned sharply left. They passed through stop and go traffic, side streets, sidewalks, and eventually near the banks of the Mississippi River.

They took the river south, leaving the city, and entered a desolate area filled with rotting cornstalks and farmhouses. They stopped in the quiet area, being only a few miles from Blind Bluff Manor. They turned around but the two Deamhan were nowhere in sight.

“That wasn't hard.” Remy scanned the area across the river. He looked to the left at the tall dirt and rock infested embankment. “I think we lost them.”

Anastasia wasn't so sure. She looked up just in time to see the female jumping down at them. She tackled Anastasia and they both fell into the wild currents of the river.

Anastasia felt the coolness of the water streaming over her face and into her ears. It was an awkward position, knowing that neither of them would drown because Deamhan didn’t breathe. She pushed the female back and she jumped out of the water, just in time to see the male, also in midair, and his right leg connect with the side of her face.

She landed on the sandy shore, swallowing a handful of sand. She turned over to see the female towering over her with a raised stake. For a second Anastasia’s eyes filled with uncertainty. Stakes were meaningless, unless the female aimed for her heart. However, if the female's goal was to incapacitate her, she would strike elsewhere, leaving Anastasia alive for them to toy with.

Remy rushed toward the female but she immediately turned, burrowing the stake into his left shoulder. He stumbled back and the female grabbed the stake, dislodging it, and struck again, hitting just beneath his heart.

Anastasia found her chance to make her move. Brandishing her teeth, she bit down into the female's neck and she pulled back, ripping flesh from bone. Blood gushed from her wound and she fell to the sand. Again, Remy and Anastasia took off down the banks of the Mississippi River. The river curved and winded around, bringing them to another remote spot. This time a freeway ran on both sides of the river with a bridge slightly above them. Anastasia stopped, noticing that stars no longer dotted the sky. In the darkened horizon appeared a tint of red, signaling sunrise. She had to finish this now and get to Blind Bluff Manor. They climbed the embankment and approached the freeway. They ran through the traffic, dodging semi-trucks, cars, and other passing vehicles until they made it to the other side.

Remy held his chest and he bent over. “Good thing these Deamhan can't aim to save their life.” He coughed.

They heard the swift steps of the two Deamhan approach them. Again the male launched himself at them but Anastasia tossed him aside. He slammed into a nearby abandoned granary and Anastasia looked from the corner of her eye, seeing the female raise her stake, aiming for Remy's back.

Anastasia quickly moved and she caught the female by her wrist before the stake made its impact. With her other hand she plunged her fist through the female's chest, reaching her heart. The female's eyes widened and she snarled before Anastasia ripped her heart from her chest. The Ramanga dropped to the ground and her body slowly began to dissolve into a puddle of blood, dust, and bone fragments.

Anastasia turned her attention to their male attacker, watching him limp toward them. Dark blood poured from his mouth and a long piece of wood protruded from his stomach. She walked calmly over to him. His heavy eyes wavered. “You failed.” She plunged the stake into his heart and nonchalantly she returned back to Remy, uninterested in watching the Deamhan's body wither away.

In the distance she heard a male’s voice coming from a small house on a hill. The front door opened and she saw the outline of a farmer gripping a shotgun in hand.

“Let's get going. We don't have much time.” She wrapped Remy's arm around her shoulder. She took one final look at the remains of their two attackers before sprinting in Deamhan speed for Blind Bluff Manor.

Character Bio: Remy’s reasons for heading to Minneapolis and deciding to stay under Nathan’s roof remains a mystery. He prides himself on being a secret individual who loves to observe others from the distance, waiting for the right time to strike. Running from his past demons, Remy enjoys his life as a Deamhan. 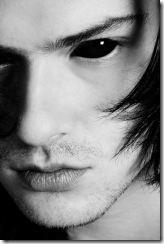 What do you think is the worst and vest quality in a Deamhan?

There are just too many qualities to choose from.  My kind is a complicated yet superb species. As soon as we are sired our only desire is to do what is necessary to remain alive. We don't trust each other. Scratch that. We can't trust each other. It just isn't in our nature.  This horrid trait is what's keeping us back from becoming what we are truly meant to be.

And what do you think Deamhan are truly meant to be?

We are meant to rule over vampires of course! We were created to be better in every aspect of them. We are stronger, faster. They are beneath us. We sit at the top of the food chain. They are our sustenance.

Correct me if I'm wrong but Deamhan can also feed from humans, right?

Yes but that is different.

Let's get something straight. I kill vampires because I want to. I kill humans because I have to. I would never live under the same roof as a vampire. I would never consider a vampire my friend or my acquaintance. They are nothing to me but meals waiting to be devoured.

As for loving a human, that has nothing to do with this interview. My...friendship with Veronica is merely mutual and necessary for what is coming. I'll admit. I wouldn't mind saving myself for her but that human has been giving me the cold shoulder as of late. Next question.

Okay. What is your biggest secret something no one knows about?

Now if I told you it wouldn't be a secret.

Nothing. We Deamhan are afraid of nothing.

I like to keep with the times.  I'm not one of those Deamhan who remain stuck in the past. A simple shirt and pants fits me well but there are nights when I chose to wear nothing at all. *laughs*

I explored nipple piercings at the request of one of my minions. They didn't take at first because of our ability to heal. However, I had them redone again...and again...and again. I can now say that they last up to three nights now.

Surviving for this long. Knowing my track record, I should win some kind of award or something.

Happiness you say? I can't speak for all Deamhan but I'm content with my existence. I enjoy living and walking among all you humans and your cities. I'm happy when I've had my fill of you for the night. If you can define your idea of happiness then I will tell you more of what makes me happy. I assure you, it won't be the same.

Oh, there's just so many to chose from. Give me a moment to think...Oh!

Anastasia has been a thorn in my side lately but I will admit, she's growing on me...like a rash. I also don't care for that vampire, Alexis, but she does have a great rack, as you humans say. Oh and there is also The Brotherhood.  They are an annoying group who adds nothing good to the humans they say they are trying to protect.

So there are a group of humans out there who know about Deamhan?

Not only do they know about my kind, they have also made it their goal to eradicate us. They say they are researchers and only watch us from a distance, cataloguing our lives from the moment we are sired to the moment we meet our ends. But they are liars and weasels who have tried to extinguish us more times than I can count. They've hunted us and joined with vampires to destroy us and now they are in league to do it again.

The arms. I love a man with defined and muscular arms.

The eyes. You can tell a lot about a woman from gazing into her eyes. They show and hide information that's not easily accessible unless they want it to be known.

I don't regret anything I've done or anything I will do.

While we live, let us live. 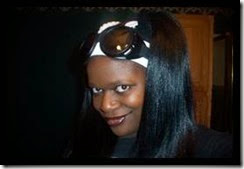 Isaiyan Morrison was born and raised in Minnesota. She moved to San Diego, California while in the Navy. She now resides in Texas with her two cats, a pit bull dog, and two guinea pigs. Dark Curse is the second book in the Deamhan Chronicles.

Posted by authorkarenswart at 2:23 PM