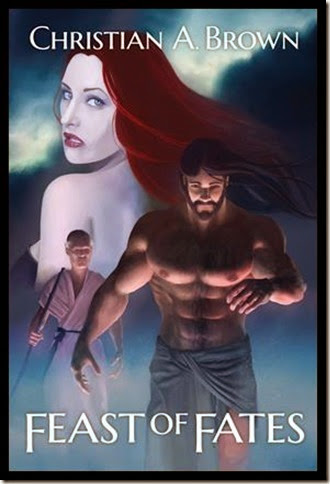 "Love is what binds us in brotherhood, blinds us from hate, and makes us soar with desire.”

Morigan lives a quiet life as the handmaiden to a fatherly old sorcerer named Thackery. But when she crosses paths with Caenith, a not wholly mortal man, her world changes forever. Their meeting sparks long buried magical powers deep within Morigan. As she attempts to understand her newfound abilities, unbidden visions begin to plague her--visions that show a devastating madness descending on one of the Immortal Kings who rules the land.

With Morigan growing more powerful each day, the leaders of the realm soon realize that this young woman could hold the key to their destruction. Suddenly, Morigan finds herself beset by enemies, and she must master her mysterious gifts if she is to survive.

Available at Amazon and Createspace

Menos was darker than usual: its clouds as black as the shadow of fear that haunted Mouse. The city felt more menacing to her. She saw shadows in every corner, noticed the glint of every ruffian’s blade or slave’s chain as though they were all intended for her. The warning of Alastair played inside her skull on a loop of nightmare theater.

A hand over her mouth startles her awake, and she twists for the dagger in her pillowcase until she recognizes the shadowy apparition atop her, who hisses at her to calm.

The hand unclenches and the willowy shadow retreats to more of its own; she can only see the scruff of his red beard in the dark.

Her mentor sounds annoyed or confused; she is each, but finds her garments quickly enough anyway.

“I don’t like good-byes, so let’s not call this that,” Alastair says with a sigh. “But it will be a parting, nonetheless. You need to go low. Lower than you’ve ever been before. A new name won’t be enough. You’ll need a new face. I don’t know how or who, but the sacred contract of our order has been broken. Your safety has been bought.”

Mouse knows the who and how, and as she glances up from her boot-lacing to explain to her mentor her predicament, she sees that he is gone. Just empty shadows, echoing words, and the sound of her heartbeat drowning out all the rest.

She expected the dead man and his icy master to emerge from the dim nooks and doorways of the buildings she passed at any instant. With a hand on her knives and a fury to her step, she swept down the sidewalk; no carriages for her today, as they were essentially cages on wheels—too easy to trap oneself in. With its sooty storefronts and their wrought-iron windows, its black streetlamps that rose about her like the bars of a prison, Menos was constricting itself around her, and she had to get out.

You’ve survived worse than the nekromancer, she coached herself, though she wasn’t certain that was true. She hurried through the grimness of Menos, dodging pale faces and quickening her step with every sand. By the time she arrived at the fleshcrafter’s studio, she was sweating and stuck to her cloak. She looked down the desolate sidewalk and up the long sad face of the tall tower with its many broken or boarded-over windows. When she was sure she wasn’t being pursued by the phantoms that her paranoia had conjured, she pulled back a rusted door that did not cry out as it should have, given its appearance, but slid along well-formed grooves through the dust. She raced through the door and hauled it closed.

It was dark and flickering with half-dead lights in the garbage-strewn hallway in which she stood. Mouse picked through the trash with her feet, tensing as she passed every dark alcove in the abandoned complex. Hives, these places were called, and used to house enormous numbers of lowborn folk under a single roof. In Menos, even the shabbiest roof was a desirable commodity, so the building’s ghostly vacancy meant that it likely was condemned by disease at one point. Soon the stairwell she sought appeared, and she tiptoed down it, careful not to slip on the stairs, which were slick with organic grunge.

Couldn’t have picked a nicer studio, she cursed. I’ll be lucky if this fleshcrafter leaves me with half a lip to drink with. Lamentably, speed and discretion were her two goals in choosing where to have her face remodeled. Such stipulations cut the more promising fleshcrafters off the list and left her with the dregs. She hadn’t put much thought into what she would have done, or even if she would end up hideously disfigured. Monstrous disfigurement could even work in her favor, as she bore an uncanny resemblance to that crow-eviscerated woman whom she suspected was the object of the nekromancer’s dark desire. I’ll take ugly over dead. Over whatever he has in mind for me.

Character Bio: A smith of Eod. Under his fearsome, raw exterior hides an animal, and a dreadful wrath. Caenith is a conflicted creature: a beast, a man, a poet, a lover, and a killer. Caenith believes himself to be beyond redemption, and passes the years making metal skins and claws for the slow-walkers of Geadhain while drowning himself in bitter remorse. He does not know it, but Morigan will pull him from his darkness and make him confront what is most black and wicked within him. 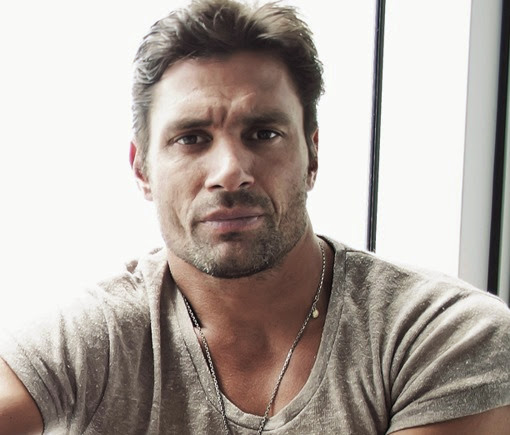 I am patient, perhaps the most patient man in all Geadhain. When one lives forever, he either learns patience or indulges madness. If we would speak of madness, know too, that I have danced with the deepest darkness. Many times in my long life I have given in to the blood-thirsty desires of my animal. I have made fatherless more men than I can count. Their faces all blur to insignificance on the red portrait of my misdeeds. I would say that I regret their murder, but I do not. I am the Wolf. I kill. It is in my nature.

Like any Wolf, I can be gentle, and noble, if given the chance. I never betray a loyalty. My appearance does not tell the truth of my soul.

Once, I was a poet. I played at being a man and took up the life of a scribe, and wordsmith; penning religious odes for the veiled confessors of Carthac. I stayed to watch that city and its wicked masters burn in the fires of rebellion. To my knowledge, none of my work survived the flames.

Another thousand years of watching the world rust of its green beauty.

I do not know how to stop the echoing in my heart. I have no answer for you, slow-walker.

I am a lone wolf.

Fashion? Pfft! You speak of the garish makeups and frippery in which you slow-walkers adorn yourselves? Prancing about like plumed, clucking cockerels? For what? To mate? There are simpler ways. Take off your clothes and taste sweat, feel heat and drink spit. I wear what clothing is necessary to pass as one among your kind.

You inquire under the presumption that I honor the rules of man, or the rule of the Immortal Kings. I honor neither set of laws. I am a child of Geadhain. I bow to the call of the moon. I rule her as much as she rules me.

I do not adhere to your slow-walker conventions of greatness. Nor do I feel my deeds are to be judged by the likes of you.

A ripe, white moon. Blood in my throat. The song of steel as it is hammered. All of these things bring me pleasure.

I am calm. I am often calm. The moon rises again in a few days. Ask me then.

My skin and my freedom.

A man once said that I possessed the cold, terrible gaze of a wolf. He was correct, and I thanked him for his compliment.

This new age with its technomagik and progress. Men do not see how their ambition scars the world. Mother Geadhain weeps.

The Iron rulers of Menos. All of them are as vile as they are damned.

I…do not ask me that. (growls)

Honor. And a lack of pretense.

Strength. A soft woman is of no use in the wild.

I do not read fiction. The age of legends is over. Let us rest and be forgotten.

Magnus. Of the many great sorcerers I have seen, the Immortal King does not punish Geadhain with his magik, but coaxes beauty from her instead.

Nothing. I am what I am.

I am death. I am the Wolf. Worship and fear me. You live only because I have not hunted you yet. I live because I am life. I am unbound by grief. I am alone. I am lord of all…Oh, I seem to have scared you. That glazed expression, the waft of your fear, I know these signs. My apologies. I shall leave you be. Since you have been so gracious with your time and not quite irritating questions today, I shall leave you with a gift. In three days, the moon rises. Bar your doors and windows, slow-walker, and lay a sprig of ivy at your doorstep. Even when I am blind, even though I am the beast, I shall leave you safe for this one night of my hunt. Farewell, and do not forget. It would be wise that you didn’t…

Christian A. Brown has written creatively since the age of six. After spending most of his career in the health and fitness industry, Brown quit his job to care for his mother when she was diagnosed with non-Hodgkins lymphoma in 2010.

Having dabbled with the novel that would eventually become Feast of Fates for over a decade, Brown was finally able to finish the project. His mother, who was able to read a beginning version of the novel before she passed away, has since imbued the story with deeper sentiments of loss, love, and meaning. He is proud to now share the finished product with the world.