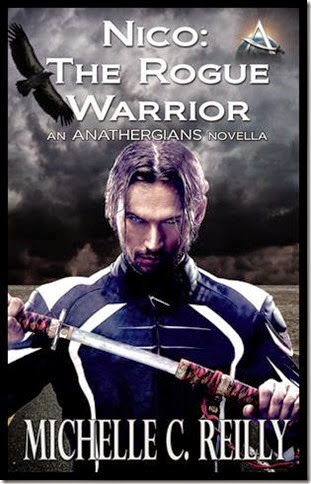 She’s exactly what he needs at exactly the right time.

Juliana has worked hard to get where she’s at. Even though she’s the daughter of the top casino tycoon in Vegas, the road hasn’t been easy. She’s finally getting where she wants to be with her career, when she’s abducted.

Nico, a powerful and immortal Anathergian warrior, likes to have fun. Especially with weapons and women. Preferably not at the same time. Life for him, and the rest of the Anathergians, has taken a recent turn for the worse. So, Nico is relieved when he gets assigned the case to find Juliana.

All Anathergians have sworn to protect humans, and he’ll do just about anything to save this one. But, he’s in for a bit of a surprise when he finally gets close to this particular human.

“Someone’s in the drive,” Gunner’s low voice filtered to him from downstairs.

“Shit,” Nico whispered under his breath as he closed the closet door.

He double timed it down the stairs and peeked out the front window. Larissa closed the passenger door to a sedan.

“What are we gonna do?” Gunner asked.

Nico thought fast. He pulled the beanie from his head and shook his long hair free.

“Take these,” he tossed the beanie and then the diary to Gunner.

Gunner peered down at the items with a blank look on his face. “What the hell am I supposed to do with these?”

One of Gunner’s dark eyebrows raised.

“Just go along with me, okay?”

The man shook his head and headed to the back of the house.

Nico straightened his shirt and dashed to the cushioned seat facing the front door. As he sat down, Larissa opened the front door and switched on the light to see Nico sitting there with an alluring look on his face. She jumped and screamed, bringing her hands to her face.

“It’s about time you got here,” Nico said, as if he knew she had been on her way.

“What in God’s name are you doing in my home?” she screeched, her face turning red.

“I was waiting for you,” he said as he stood and strolled over to her. “Just kind of hoping we could finish what we started earlier today.”

“Is everything all right here?” the man from the car stood on the porch.

“Hey, you must be Officer…” Nico said, extending his hand.

“Forge,” he answered, surveying both of them.

“That’s right, Officer Forge,” Nico laughed. “I’m Nico, the consultant in charge of this case. I can get her back to Mr. and Mrs. Bertram’s when she’s done here.”

The officer nodded and returned to his car. Nico watched the vehicle back out of the driveway and make its way down the street, and then shut the door.

He swiveled back to Larissa, reaching for her waist. “Now, where were we before we were so rudely interrupted?”

Larissa’s red polished fingers rose to his wide shoulders. “I think we were right here.” Her lips came up hard against his. Past her shoulder, he saw Gunner peek around the corner. Nico raised his eyebrows and Gunner rolled his eyes and disappeared again.

Nico broke free and, with a sly smile, took her hand and led her upstairs.

They made it to the landing, and she spun him around and started unbuttoning his shirt. He walked backward to the double doors leading to the master bedroom.

“I have wanted to taste you—all of you—from the first moment I laid eyes on you,” she said, her voice breathless.

“Do I taste as good as you imagined?” They made their way through the doorway. He spotted Gunner spying around the top of the stairs.

“I don’t know yet. I think I need to take more samples.”

She pushed him backward onto the bed.

Larissa straddled him and growled like a cat and then hissed. Nico kept his smile pasted on his face.

On the other side of the open doorway, Gunner’s shoulders shook and he doubled over with laughter.

Nico moved his hands to her waist and started undoing her belt.

Larissa bent over and ravished his mouth, invading him. She moved to his ear where her tongue slathered him. He stopped a repulsive shudder from racking his body.

When his palms found her ass to bring her jeans down, he nearly sagged in relief, finally finding what he’d been searching for. He slipped her cell phone free from her back pocket. Then she sat back onto his thighs and pulled her t-shirt over her head, undid her bra clasp, and threw them both to the floor. Her breasts bounced free, and she put her hands on them and lifted them up.

“Do you like?” she asked with a coy smile.

Nico pushed the cell under his thigh. “Beautiful, darling.”

She leaned over him so her breast hung above his face. He wrapped his left arm around her waist, yanked her closer, and took a pink nipple in his mouth. She moaned and breathed out dirty words.

Nico used his right hand to pull the phone free and waved it in the air at Gunner. He searched for the man from beneath Larissa’s armpit. Gunner finally appeared in his line of vision. He bent sideways with his hand on his chin. The man nodded, his eyebrows raised, as if what he viewed wasn’t a half-bad performance.

Nico, with the cell still in his outstretched hand, lifted his middle finger at him. Gunner opened his mouth in mock shock, placed a hand on his waist, and wagged his index finger at him with the other hand.

I’m going to fucking kill him.

Nico flicked the phone at him and Gunner caught it. With a two finger salute, he about-faced and left the room.

Nico was born in Belfast in January of 1832. His human mother died of cholera soon after and his father, an Anathergian immortal warrior, brought his son under his wing and taught him to become a warrior. He spent much of his youth traipsing across Europe until Auden, the Anathergian king, took notice of his talents and asked Nico to become part of his staff. Since then Nico has trained many Anathergians in the art of combat and weaponry. 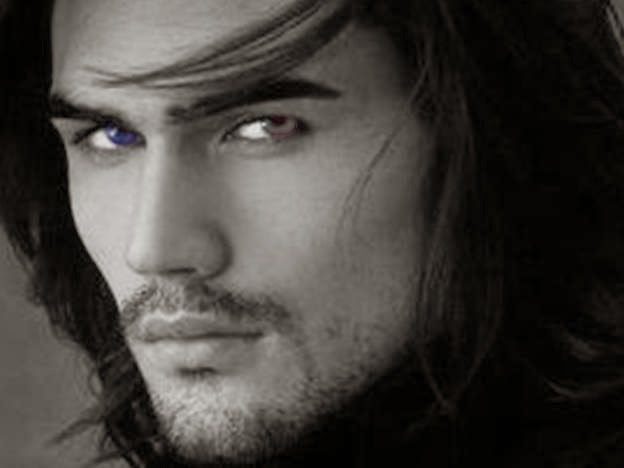 I’m an immortal warrior, so I tend to be handy in a fight, or in a war. Whichever you prefer. I don’t believe I have any bad traits. At least, none I deem noteworthy.

Now, if I told you that, then it wouldn’t be a secret. Besides, I think we should get to know each other a wee bit better before I start giving away secrets.

*gnashed teeth* Losing those I love. I’ve lost too many already.

I have yet to find my Lifemate. Until that time, I’m flying free as a bird and loving as many ladies as I can find.

I like to dress classy, but casual. A bit of Kuegou, Maier, or maybe some Snyder.

That depends on the situation. If I don’t agree with what you have to say, I’m not going to do what you ask. But, if someone’s life hangs in the balance (and it often does), there’s no room to screw around.

Surviving into immortality. Life wasn’t easy in Europe in the 1800s.

Life is doing quite fine right now, thank you very much.

I would normally say my katanas, but I have a cross with an emerald in the middle that belonged to my mother. So, yeah…

Well, there’s one, but unless we’re in private quarters, you aren’t likely to see it. So, I’d have to say my eyes. They’re often the first thing people notice… Probably because the right one is blue and the left one is gray.

One particular Anathergian who hurt some people close to me.

I have no regrets.

I don’t do fiction.

Not a damn thing.

Live life to the fullest until you drop from overload. 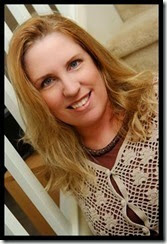 Michelle C. Reilly is a single mom of two wonderful boys. She spent ten years in the U.S. Navy as a Hospital Corpsman Preventive Medicine Technician, which meant she was actually attached to or stationed with the U.S. Marine Corps. She has a Masters in Science in Public Health, but she is generally an IT geek and a geek of many other things as well. She currently resides in Las Vegas, NV, with her two cats, Meowdy and Moose, and her dog, Katie aka “The Old Lady.”

Make sure to visit her website www.michellecreilly.com for more information about her and her upcoming books.

Feel free to visit, ask her questions, and hang out with her on Facebook at www.facebook.com/michellecorareilly.

Posted by authorkarenswart at 4:20 PM