Book Blast: Hers to Claim by Patricia A Knight 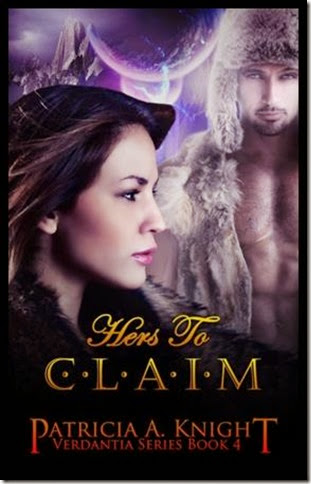 Book Four in the Verdantian Series

Scornfully rejected by her desert lover and uncertain of her place in the world, Adonia traveled a perilous road to the fabled mountain-city of Nyth Uchel. She came to heal the sick and dying, but in the arms of highborn prince, Hel, Adonia found the answer to saving herself.

Descended from nobility, once great kings of Verdantia, Hel willingly bore the burden of his dying city and its people on his shoulders. Watching helplessly as a malingering evil attacked the very soil under his feet, he crushed his pride to summon help. He’d been staggered to discover the answer to saving his city and perhaps all Verdantia might lie behind a heavy fall of chocolate hair and shy brown eyes.

As their entire planet faces an encroaching black death, two seemingly disparate individuals forge a partnership of love and sacrifice that will alter their future forever. All of Verdantia will be tested.

Stand alone. Not a cliff-hanger. HEA 360 pages. M/F, Mild D/s themes, light spanking, and an over-sexed but sensitive prince with a hero complex.

Buy it at Amazon Kobo Smashwords

Quotes from the book:

“Yes. I know all about soul-wraiths.” Ramsey frowned. “How did you avoid them in the past?”

“Set a perimeter of energized diaman crystal. That will keep them at bay.” Hel smiled without humor. “I have the diaman crystal in my saddle pack. I lack a sexual partner to energize them. I had intended to return with a magistra but a magister will work as well. Care to volunteer?”

“Only if I top,” Ramsey snapped.

“You’d have to kill me first,” returned Hel.

Steffania took a breath. Ram cut her off. “No. I don’t share you, Vixen.”

Fear of the unknown almost froze Adonia’s tongue, but she was the obvious answer. She could do this. The opportunity would never present itself again. “I’ll be your partner.”

Sadly, his world was not that world any longer. Brutal practicality stripped his relationships of any niceties and turned sex into another duty performed for those who looked to him for protection.

Steffania shook her head in mock sorrow. “I’ve heard it said people never grow up. They merely learn how to behave in front of others.” She leaned over and whispered loudly, “Ramsey has done neither.”

"It’s a delicious contradiction. He is never more wholly mine than when I am under his total control, in complete service to him.”

The small track Adonia rode resembled a game trail more than a byway of commerce. Her horse lunged up the steep, rock-strewn trail. In spite of the increasing difficulty in maneuvering the grade, the constant insults and rude comments volleyed between Ramsey and Hel lifted her foul mood with a growing sense of amusement. She heard the frequent cackle of Steffania’s laughter and her taunting jabs at both men.

“Loyal to you, DeHelios? Ha! Your retainers only stay because they are frozen solid to that block of ice you inhabit. I should relieve your people of the burden of gazing on your flea-infested, hairy face,” said Ram.

“Bring it on, dickless wonder. There aren’t any trees for you to fall out of to give you an advantage. Your wife inspires more fear in me. You aren’t half the man she is.”

“Oh, your death at my hand is all but assured, DeHelios. Only the knowledge it would be pointless stays my sword. The Hound of the Seven Hells would vomit you up as an indigestible hair ball, and I’d be back at square one.”

Adonia pulled her horse up and turned to face the two men. The absurdity of their exchanges had finally pushed her over the top.

At Hel’s irritated, “What?” hilarity welled up inside Adonia until she clutched at her belly and then her horse’s neck to remain seated. She finally abandoned the attempt and simply slid down and lay on her back on the rocky ground, convulsed with laughter. Ramsey a ‘dickless wonder’? Hel an ‘indigestible hairball’?

She registered Ramsey’s, “I don’t know. Something we said?”

She flopped her arm in the air to motion them on and was aware Hel and Ramsey continued past her. When she opened her eyes, she looked up at a mounted Steffania grinning down at her.

“They’re well-matched, don’t you think?” Steffania chuckled. “One might be fooled into thinking they didn’t like each other.” 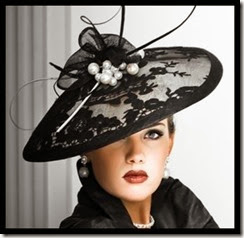 Patricia A. Knight is the pen name for an eternal romantic who lives in Dallas, Texas with her horses, Italian Greyhounds, "Gidget the Rescue Chihuahua"—and the best man on the face of the earth—oh yeah, and the most enormous bullfrogs you will ever see.

Word to the wise: don’t swim in the pool after dark.

She loves to hear from readers and can be reached online