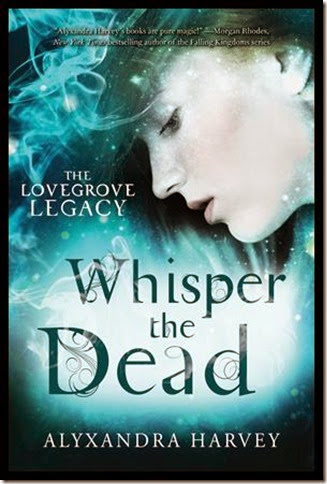 Genre: YA, YA historical paranormal, witches

Gretchen is struggling with her newfound gift as a Whisperer; the constant buzzing in her ears from detecting spells is more frustrating than fun, especially when she is spending time with one of the Order of Iron Nail’s Keepers, the icy but strikingly handsome Tobias Lawless.

But while Gretchen tries to hide the truth and resolve her feelings for him, London fades from beautiful and bustling to deathly silent …Something evil is once again menacing Mayfair, and Gretchen and her cousins must use their powers to prevent a horrible sacrifice

The contrast between fighting off the Rovers and pasting a polite smile on her face for the single sons of earls was too stark. Residual magic burned through her. She was surprised the air around her didn’t crackle. Her mother shouldn’t begrudge her a stolen moment in the library, not if the alternative involved magic shooting off the ends of her hair. Hardly subtle.

Not to mention hardly marriageable material.

Better not. She’d already pushed her luck by going off with Godric.

Egyptian onion farming it was then. She walked along the book shelves, reading titles and glancing into the glass-fronted cabinets that held Lord Worthing’s collection of painted globes. It was dull and dusty and soothing. Her witch knot stopped aching.

Until someone grabbed her arm, yanking it behind her back and spinning her around. Her check pressed to the cold glass of a curio cabinet. Pain shot up to her elbow when she tried to move. “Who are you?” a man’s asked, his voice quiet and cold in her ear.

“Who am I?” she barked back. “Who the hell are you?” He evaded the kick she aimed at his most sensitive parts. Her skirts wrapped around her knees, hobbling and infuriating her. He turned her roughly around.

She wasn’t sure which of the two of them was more surprised.

Someone so chilly and perfect and wearing such a flawless cravat shouldn’t be mauling ladies in dark libraries. He also shouldn’t have several short iron daggers tucked inside his cutaway coat. It probably said something unsavory about her character that the sight of those daggers made her like him a bit more. But only a little bit.

“Let me go,” she yanked savagely down, breaking his hold. He didn’t move back, and his body continued to block her against the cabinets. The glass rattled.

“What are you doing?” he stepped closer still. She had to tilt her chin up.

“I am currently being accosted,” she snapped, driving the heel of her shoe into the top of his foot. He fell back a step, growling in his throat. Growling. He really didn’t seem the type.

She made a proper fist, not like the ones girls made when they hadn’t practiced before. She’d already punched a Rover tonight. She was very comfortable punching Tobias, Lord Killingsworth. Eager, in fact.

“What is wrong with you?” she asked finally. “Are you drunk?”

She raised an eyebrow. “I’m the one being mauled and yet you take offense?”

“I can smell it on you,” he answered which was no answer at all. “There’s no use prevaricating.”

“Not perfume,” he ground out, as if she was the frustrating one. “Dark magic.”

Her eyes narrowed to angry slits. “I beg your pardon.”

She aimed for his head. It was big and fat and so perfectly groomed, how could she miss? He caught her wrist and squeezed. Hard. He shouldn’t have been fast enough.

An iron-nail pendant in the shape of a wheel slipped out from under his collar. Gretchen stared at it, then transferred her glare to his haughty, unkindly beautiful face. “I knew it.” She gave him a smile better suited to one of the animals in the zoological gardens. “You’re a bloody Keeper.”

I’ve always wanted to be a writer. And, a mytho-archaeologist, even though I only saw it listed once on a movie credit and I’m not even sure what exactly it is. Also, Maid Marian.

Probably in high school. I wrote everything by hand (it was pre-computer after all) and I was very proud of my writer’s callus!

I started sending stories out when I was 15 years to get used to the process. I had poetry published in my 20’s and my first book when I was 30. I’m on book 13 as of this month!

Whisper the Dead is the second book of The Lovegrove Legacy. It’s about Gretchen and her cousins Emma and Penelope and their secret family history of witchcraft. It’s got magic, secrets, goblin markets, familiars, and girls in corsets who kick ass.

Bloomsbury has been my publisher for the last 10 books. I also have an Ebook coming out through Entangled.

Definitely depends on the book and the length. I’d say anywhere from 3 months to about a year.

Paranormal YA. I do love my beasties and creatures of the night!

I used to read reviews but I cut myself off when it started to make me second guess too much of my process. Reviews are about someone else’s personal relationship with my book, but it actually has nothing to do with me. That said, if every review mentioned that Chapter 11 made no sense, or something concrete like that, I’d pay attention to that.

I don’t actually get to choose the title! That’s up to the publisher. So far, Whisper the Dead (my newest) and Blood Feud have been my only titles that they have kept. And the UK version of Hearts at Stake uses my working title of My Love Lies Bleeding.

Whisper the Dead takes place in Regency London so the place was easy. I collect names and use sites like nameberry.

Both! I generally start with a character and a vague idea and then I find out more about them as I write the story.

All books, all the time!

I have so many favourites and I definitely reread them. Some include The Wood Wife by Terri Windling, Pride and Prejudice, and The Daughter of Smoke and Bone by Laini Taylor. 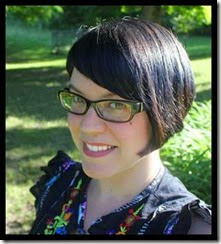 Alyxandra Harvey lives in a stone Victorian house in Ontario, Canada with a few resident ghosts who are allowed to stay as long as they keep company manners. She loves medieval dresses, used to be able to recite all of The Lady of Shalott by Tennyson, and has been accused, more than once, of being born in the wrong century. She believes this to be mostly true except for the fact that she really likes running water, women’s rights, and ice cream.

Posted by authorkarenswart at 8:06 AM