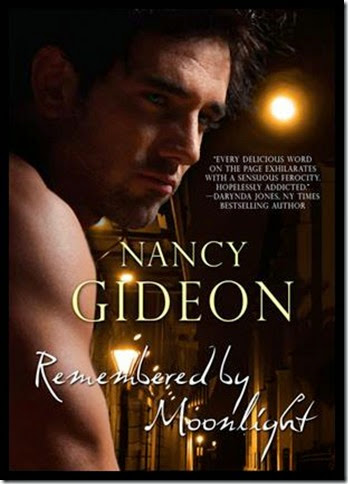 Clever, cool and preternaturally lethal, Max Savoie is leader of a secretive shape-shifter clan, heir to a mobster’s legacy, and the love of New Orleans’ top cop . . . but he can’t remember any of them. The only way to recover his past, and his rightful place in the arms of the woman who risked all to save him, is to surrender to a mysterious visitor who could use him as a weapon against all he’d loved.

After rescuing her mate from his ruthless captors in the North, hard-hitting Detective Charlotte Caissie is now painfully vulnerable—a stranger in his eyes . . . and in his bed. The key to his memories is locked in a tortuous past. To reclaim the strength of their passionate bond, Max must learn to trust her enough to face that darkness at her side before the threat it hides exposes the secret Cee Cee carries.

When an investigation into grisly deaths in an underground Shifter fight club points to more than just dangerous clan rivalries, Cee Cee enlists Max’s help to find a traitor in their midst while there’s still time to turn a deadly invading tide. But the cost of saving their treasured future may mean sacrificing his past. Especially when the enemy they pursue . . . might be Max, himself.

“Every delicious word Nancy Gideon puts on the page

Praise from Publisher’s Weekly for the “By Moonlight” series:

“A paranormal romance series with intriguing characters and zippy action . . . Gideon masters the tension required to keep her complex and engaging story moving.”

All the fear and tension of the past hours rattled through her. Cee Cee hugged her arms about herself to still the shivering. The events emphasized her fragile hold on those she cared about. For all her best and bravest intentions, she couldn’t protect them, especially within the often-lethal uncertainty of their preternatural sphere. One she was now a part of by choice and by recently-discovered heredity.

Still, she wasn’t doing Max any favors by keeping him isolated in emotional bubble wrap. If he was going to recover any sense of normalcy, he needed to get out into the world and out of her panicked grip. Almost losing her partner made that all the more painful to accept. To be alone again. To not share her life, her thoughts, her heart with another . . .

What did she have to lose? She had none of that now in her despondent dream that all could go back as it was.

Her system gave a jolt when she realized Max had come up behind her to make amends.

“You weren’t being foolish.”

The rumble of his deep voice caressed over her nerve endings, quieting them like a balm. “Yes, I was. If you and Giles hadn’t been so close by, MacCreedy would be dead, and I wouldn’t have been able to live with that. I should be thanking you, not treating you like a runaway child who broke curfew. I’m sorry.”

His hand settled on her shoulder, and the weight and warmth of it had her dying inside. “Don’t apologize. I know how hard this is for you. I appreciate all you’ve done for me.”

Past tense. A bittersweet twist shaped her mouth. “All I’ve done has been for me, not you. I haven’t given you much consideration at all. I’m selfish that way.”

His palm rubbed over the cap of her shoulder, fingers gently kneading. Leaving her needing as he objected quietly, “There’s not a selfish bone in your body, cher.”

A laugh. “How would you know? You’re hardly an expert on what I am or I’m not.”

She wasn’t sure if he stepped forward or she leaned back. Their bodies bumped, and the shock of it undid her.

Cee Cee turned right into his arms. Hers circled him in a frantic clutch. Cheek pressed to the hard wall of his chest with only a thin weave of white linen between them, she squeezed her eyes shut and simply breathed him in. Love, longing, desire all quivered through her, a bouquet so potent he couldn’t be unaware of it. This was where she belonged, where everything made sense.

And then she realized he no longer held her, that his arms had dropped to his sides, as his breath suspended. She knew if she looked up, she’d see that horribly familiar blankness in his eyes, that stiff distance in his expression, and suddenly that hurt worse than the thought of his absence.

She pushed away with a crisp, “I’m sorry. I’m breaking the rules. I forgot we were strangers.” She turned to her dresser to snatch up those things that defined her: shield, cell, holster and gun. “Consider yourself off the leash, Savoie. You’re capable of handling your own affairs. I’ll stick to mine. If you’ll excuse me, I’ve got a report to file.”

He didn’t move to stop her.

Describe yourself- what is your worst and best quality?

How difficult it was for me to bend my rules to have Max in my life.  I was raised to believe in a certain code. I lived by it.  It was all I had to cling to until the worst possible thing happened—I fell for the one man who was absolutely wrong for me—and at the same time, oh so right.  I had to struggle to justify how I felt, and to accept what I needed.  I still do.

What is your biggest secret- something no one knows about?

Some already know it, but the most important person doesn’t remember it.  It’ll be hard to hide for long.

Being vulnerable.  I was a victim once.  I didn’t like it.

Complicated!  I’m bonded to Max Savoie, who’s the exact opposite of everything my life stands for.  And to make things worse, he doesn’t remember me.

My partner calls it “Hooker Chic”, but I prefer “edgy.”  Is there a rule that says you can’t go to a crime scene in stilettos?

Only in the fashion sense.  On the job, I’ve always been strictly play by the book.  But since Max and I have gotten together, he’s added some interesting pages!

Earning my shield, to protect the innocent and serve my city.  Some days that’s harder to do than others.

Sex-on-the-Beach.  And not just the drink.  Sun, sand, sex, and the man I can’t live without.  Heaven.  Too bad the vacation’s over.

Frustrated, angry . . . scared.  I’m afraid the future Max and I dreamed of will never be more than that—just a dream.

The pearls Max gave me, for very personal reasons, for both of us.  And my shield.

Determination.  I don’t give up and I don’t let go.  Ever.  If I’ve got your back, consider yourself covered.

Evil.  It comes in a lot of forms, sometimes nicely dressed and running for public office, sometimes so strong it takes away those things you love the most and you can’t do anything about it. Doing something about it is my job.  And I’m good at it.

The one who stole my happiness away on an experimentation table in Chicago. When I find out who, they’ll find out how much.

Deciding to walk home with my best friend after that high school basketball game. If we’d taken that ride, everything about our lives would be different.

Tolerance for who I am.  I live in a man’s world and being a girlie-girl is foreign to me.

Father Michael Furness of St. Bart’s where I spent most of my growing up years —until I found out he wasn’t at all who I thought he was.

I wish I could be more forgiving. 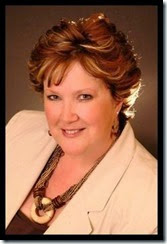 Nancy Gideon is the award winning author of over 55 romances ranging from historical, regency and series contemporary suspense to paranormal, with a couple of horror screenplays tossed into the mix.

She works full time as a legal assistant in Southwestern Michigan, and when not at the keyboard, feeds a Netflix addiction along with all things fur, fin and fowl.