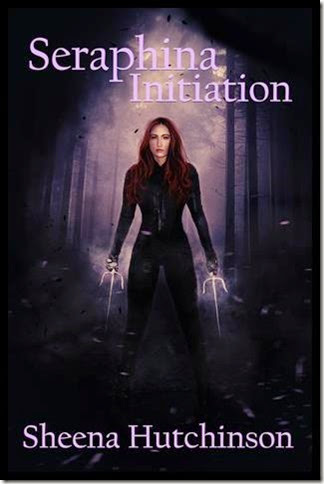 Seraphina Cross is unexpectedly thrown into this crazy, spiritual world of Angels versus Demons. Never did she expect to meet Nate who was just a figment of her imagination until last week. Now she finds herself moving in with him because of her innate responsibility to protect her loved ones from harm.

Finally beginning to feel at home in her new house and with her new relationship. Nate begins training Sera in all that she can do, surprising even himself at times.

Just when she is starting to feel safe and powerful, the Devil finds a new way to attack her at her most vulnerable.

When her dreams are no longer a gift, can Sera control the powers needed to defeat what's coming before Lucifer fulfills his promise to her?

Climbing the three steps, I turn to Nate and state, “I want to cook!” as I push him into his seat in the breakfast nook.

“Are you sure?” he asks me knowing full well I have no culinary skills and we could conjure a meal in seconds. I could attempt to conjure a meal, but to be honest I crave some normalcy.

“How bad can I screw up eggs?” I joke over my shoulder as I’m checking the cabinets for a frying pan. When I find it I open the refrigerator for some eggs. As I open the door, I feel the cold hit my bare legs and I’m suddenly fully aware I’m wearing nothing but a short, sheer, silk nightgown. I’m beginning to feel Nate’s eyes all over me. I take a calming breath, grab a few eggs, and turn to the stove pretending not to notice. I turn the flame on when he finally speaks.

“I feel useless! Can’t I do something?” he asks with a smirk I know implies more than he says.

“Uh, you can make the toast!” I turn around and joke, but he rises. Passing me so close he just barely makes contact, but I can sense his body heat radiating towards me. He pops a few slices of toast into the toaster before I feel his body heat behind me again. My body stiffens when my senses begin to go haywire. Then I feel his fingers touch my waist through my nightgown sliding themselves lightly up and down the side of my body. With his other hand I feel him move my hair to one side, over my shoulder as he gently places a kiss on the back of my neck. His body heat is rising behind me as he kisses down my neck to the tip of my shoulder. I close my eyes relishing in his touch and let my senses feel him. I let myself feel him, his touch, his emotions, his heat. I can sense him, and… smell him? I smell something else, something burning. I look over to see the toast hasn’t popped back up. Regrettably and slowly pulling away, I walk across to the toaster and pull out the black bread.

“I give you one job!” I joke waiving the burnt toast in his direction.

“Sorry, I was distracted!” he defends mockingly looking down like a puppy in trouble.

“Well, don’t let it happen again.” I parentally joke back as I throw the blackened bread at him playfully. He flashes me a heart-stopping smirk before sitting back in his place while I serve him his eggs. We eat breakfast in silence. It’s hard to put into human words, but it’s as if there’s some unspoken connection in the room. One that we are both aware we want, but we don’t want to act on it. So instead, we sit staring at each other, basking in the emotion the other is giving off for what seems like forever until Nate breaks the silence.

“Okay,” he leans back throwing his arms up in defeat, “I think it’s time you put some real clothes on so we can get some actual work done today!”

I giggle looking down at the nightgown that’s hugging my body before getting up to change. I’m almost down the stairs when I hear,

“Aren’t you going to clean up your mess?” Nate asks in his stern training mode voice.

“What?” I flash back around to ask in surprise.

“I think it’s time you try using your mind powers, clean this up,” he replies trying not to move his eyes lower than my hazel ones.

I sigh before closing my eyes, trying to remember how Nate explained using them. I focus my mind on all the dishes being clean and tucked back into their little places in the

cabinets before snapping my fingers. I open one eye first to check the table, when I see all the plates are missing from the table I open the other. I smile proudly, shrug my shoulders before turning around and dashing upstairs to put on something more, appropriate.

A few minutes later, I’m running down the stairs in my training clothes and my hand excitedly reaches for the front door when I hear Nate cough behind me. I turn to see him standing in the dining room. Confused, I walk towards him.

“Aren’t we going for a run?” I ask him pointing over my shoulder to the door behind

“I’m sorry Sera, but we can’t go outside anymore. If you need to release some

energy I made a treadmill in the basement.”

I freeze staring past him and out the glass wall of the dining room at all the trees and the gorgeous cliff and my heart sinks. I can’t go outside anymore? I can’t feel the sun on my face? The wind in my hair? The heartbeat of the earth? I’m a prisoner in my own house. I know this is because of the bear yesterday and that this is for my own safety, but I can’t help feeling my heart drop and I know Nate can see it sprawled all over my face.

“I’m sorry Sera, but until you are trained you shouldn’t be in harm’s way… consciously, not if I can help it.”

I can’t be mad at Nate he’s only trying to protect me, but I can’t help the resentment I feel. I turn around without a word, open the basement door against the side of the staircase, and slam it behind me as I descend the stairs. When I reach the last step, I eye the plain cement basement with the treadmill in the middle of the room. He has set up a flat screen television with a picture of the forest, but it doesn’t help. Looking around, in this dreary training facility I notice there are no windows or air. I can’t help the anger I feel, but instead of thinking about it, I try and focus it. I turn the treadmill up and run. I run as fast as the stupid machine will go. I run, trying to escape all the anger, all the sadness, all the confusion and all the other weird feelings I can’t put into words. I run until all my overwhelming emotions produce a tear. I feel it begin to trace its way down my cheek. As if in slow motion, I see the singular tear drop all the way down to the belt before my foot extends and I step on it. I slam my foot down as if I’m repressing all the depressing feelings, all the anger I harbor. Somehow in all that is going on I realize the old, depressed, weak Sera is gone. She died that night in the middle of the street. The only thing that remains is Seraphina. She is strong, confident, and she is who I need to become. I slam my hand down on the ‘Stop’ button and jump off the treadmill wiping my cheek before heading upstairs, ready to learn how to become who I need to be.

Character Bio: An accident turns Sera into a once in a lifetime powerful anomaly. She has since come to grips with the fact that her Guardian Angel stepped over the line in coming to her rescue and in a strange change of events, he’s now her Fallen Angel boyfriend/ roommate. She’s just now beginning to train and learn all about the new person she is becoming. 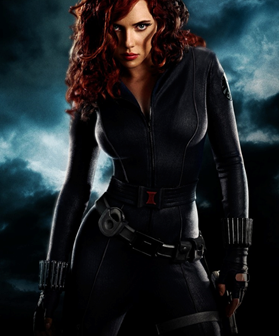 My worst quality, Nate would say it’s my selflessness. I ‘m willing to do just about anything for my loved ones. But, I think that’s my best quality. I consider my worst being my lack of indecision, I’m certainly unable to give up the past.

I’m shy at first, but once you get to know me I’m actually kinda of funny!

After a car accident, my Guardian Angel (he’s kind of my boyfriend now) crossed a super thick line when he gave me his blood and now… well, let’s just say I have developed some gifts.

Inadvertently being the cause of my family’s deaths.

To live with Nate in his cabin in peace.

Obsessed, but playing it cool.

What fashion? It’s all combat clothes now!  “Combat Barbie” is what Amanda calls me.

Like -10% I don’t even color outside the lines, but when it comes to the people I love, nothing is out of the question.

Being able to protect Nate for once.

A glass of Nate’s “special” wine snuggled up to him on the couch in front of the fire.

Worried & preparing for the worst.

The Infinity necklace Nate gave me.

Evil, Demons, Possessions, all of it I can do without.

I don’t know if he can be considered ‘living’ but topping my To Kill List is definitely: Lucifer, when I get my hands on him…

That I hurt Jack and I might never see him again. Was I too mean?

I need someone who is genuine, someone I can trust. I have too many people against me right now.

Superwoman, I’m all about a kick ass female!

I’ve always admired Amanda’s spontaneity and ability to live in the moment. I aspire to be more like that.

Nothing, everything I am shaped who I am today.

Live in the moment, no one knows what tomorrow holds. 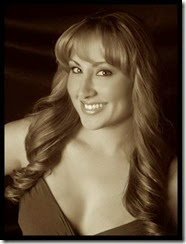 Sheena is a born and raised New Yorker, even her writing can't seem to hide her hard sarcasm. She claims destiny has lead her back to her true passion for writing.

She constantly strives to be a positive role model and writes stories that empower and inspire. Sheena always roots for the underdog, believes in love at first sight, and that everyone should have their happily ever after.

While God is currently still writing her love story, she continues to put all her effort into her writing as she is constantly getting new inspiration.

For more info, updates, and fun facts visit her website at www.SheenaHutchinson.com

Posted by authorkarenswart at 9:58 AM