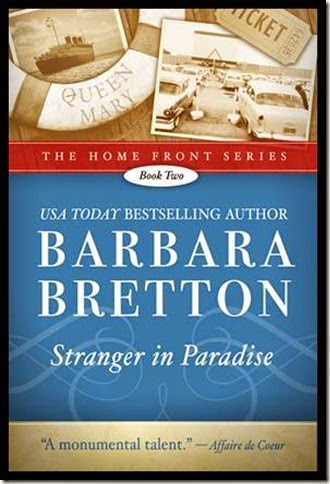 Before they became The Greatest Generation, they were young men and women in love . . .

The year is 1953 and London is throwing the party of the century. Even though the ravages of World War II are still visible throughout the kingdom, the world is gathering on the Mall to celebrate the coronation of England's beautiful young queen.

For almost ten years, journalist Mac Weaver has been far from his New York home. America has changed since the war ended and he wonders if there's still a place for him in the land of backyard barbecues and a new Ford in every driveway.

However a chance encounter with beautiful English reporter Jane Townsend is about to change his life forever. As the new monarch waves from the window of her fairy-tale glass coach, a homesick Yank and a lonely Brit fall in love.

One week later, Mr. and Mrs. Mac Weaver board the Queen Mary for New York and a guaranteed happily ever after future in the land where dreams come true.

But there are dark shadows on the horizon that threaten Mac and Jane's happiness and family scandals that just might tear them apart . . .

"This generation of Americans has a rendezvous with destiny."

Read a sneak peek at http://www.barbarabretton.com/sip.shtml

Yes, I’m one of those people who knew from the first instant that writing was my destiny. There was never any doubt this was what I was meant to do, what I truly had to do.

From the first moment I put pencil to paper.

I sat down to write LOVE CHANGES on February 1, 1982 and sold it on February 22, 1982. I know that sounds crazy and impossible, but it happened to me. Vivian Stephens had just joined Harlequin and was beginning to put together American Romance. In January 1982, I sent her a proposal and heard back within days. “That’s what I’m looking for,” she said. “Can you write fast?” “Sure,” I said, even though I’d never written an entire book in my life. “Very fast!”

And I did. I sat down at the kitchen table and poured my heart and soul onto the pages. (Yes, pages. This was pre-computer, back in the days of typewriters and carbon paper and Liquid Paper!) I finished on Thursday and received the phone call ever writers dreams about on the following Monday.

I’ve never held a decent job (other than writing) in my life. I dusted buttons in the notions department at W. T. Grant’s. I typed envelopes and index cards. I worked part-time for a fiber artist. I even did some computer programming. But I never held a meaningful full-time job with benefits or a future because I was “saving” myself for what really mattered: writing.

My Home Front series, SENTIMENTAL JOURNEY and STRANGER IN PARADISE were just released for the first time in digital format.

“Before they became the Greatest Generation, they were young men and women in love.”

They were originally published in print by Harlequin. I was able to get back the rights and have self-published them in digital and print format

It was a natural pairing. A definite no-brainer.

Since childhood. Seriously, from the first moment I put pencil to paper I was creating stories. I “sold” my first story when I was nine. No money changed hands, but Katy Keene Fashion Queen comic books published “Debbie’s Diary” and I was off and running.

My routine is a lack of routine. I’m allergic to schedules and punching metaphorical time clocks. Mostly I’d say I work best after dark. I’m most definitely not a morning person. And strangely I seem to write best in the midst of noise and chaos. A quiet, calm room with a neat desk would send me into a tailspin.

Usually the title comes first and provides a roadmap for the story but those titles rarely saw the light of day. Traditional publishers tend to prefer choosing their own.

I wish I could answer that question, but I can’t. it all comes to me as a unified whole.

It always comes back to what Dorothy said at the end of the Wizard of Oz: “There’s no place like home.”

I was an early ebook adopter. Can’t imagine life without my Kindle.

I keep returning to Larry McMurtry’s Moving On and re-read it every year or two. I must be up to fifteen or twenty re-reads by now. It touches my reader’s heart and dazzles my writer’s brain every single time. (It’s the forerunner to Terms of Endearment.)

Anything Sichuan, Hunan or southern Italian.

I don’t really have one but there will always be a soft spot in my heart for the Temptations, Marvin Gaye, Luciano Pavarotti, and Simon & Garfunkel.

The late Laurie Colwin. Her books will be released (finally) in digital format in a few weeks and I can’t wait. 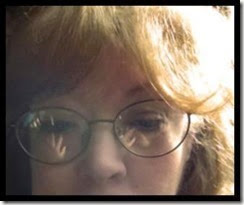 A full-fledged Baby Boomer, Barbara Bretton grew up in New York City during the Post-World War II 1950s with the music of the Big Bands as the soundtrack to her childhood. Her father and grandfather served in the navy during the war. Her uncles served in the army. None of them shared their stories.

But her mother, who had enjoyed a brief stint as Rosie the Riveter, brought the era to life with tales of the Home Front that were better than any fairy tale. It wasn’t until much later that Barbara learned the rest of the story about the fiancé who had been lost in the war, sending her mother down a different path that ultimately led to a second chance at love . . . and to the daughter who would one day tell a little part of that story.

There is always one book that’s very special to an author, one book or series that lives deep inside her heart. SENTIMENTAL JOURNEY and STRANGER IN PARADISE, books 1 and 2 of the Home Front series, are Barbara’s. She hopes they’ll find a place in your heart too.

Posted by authorkarenswart at 8:21 AM