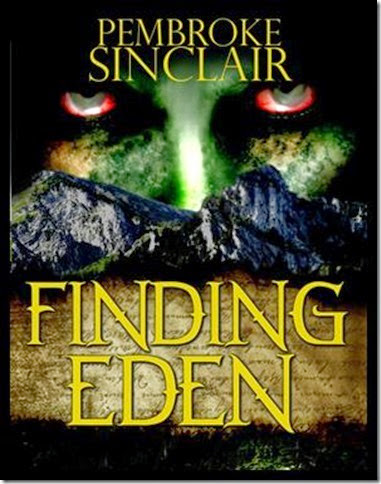 Drunk womanizer Duke, spends his life selfishly taking care of himself and screw the rest of the world. After one particular black-out alcoholic binge, he wakes to find the world changed the dead are rising from their graves.

Lonely, guilt-ridden Hank is someone who minds his own business, and sympathetic but strong-willed Lana is on the receiving end of harassment by other students. Forced together for survival, the three misfits must confront their world gone strange. God said the people of Earth would be punished for their sins, and so the end has come. Duke, Hank, and Lana must walk their own paths to salvation, but they also must depend on each other.

Will their salvation lie in Finding Eden?

Duke’s tires squealed as he slammed on the brakes, stopping inches from the garage door. He shut off the engine. The keys fell from his hands and clinked onto the floor.

He leaned forward, smacking his head on the steering wheel. Stars danced in front of his eyes, and he swore under his breath. Holding his forehead, he opened the car door and stepped out. He lost his balance and almost fell. Grabbing the top of the door, he chuckled.

“Oooo!” he exclaimed. “Might have had too much to drink.” He laughed again.

With shaky steps, he headed for his house. After two steps, he lurched to the right, almost falling into his hedges. He caught himself on the side of the garage. Footsteps sounded behind him. He turned, a little too fast. His vision blurred. Someone stood at the back of his car. The outline was distinctly female. Did he bring someone home with him? He usually remembered when he picked someone up. He usually focused on what he wanted to do with her.

He blinked a few times, clearing his vision. The woman came into view. Duke smiled.

“Heeey, Chanel.” He attempted to take a step forward, but swayed back and forth, almost falling on his face. He thought better of approaching her. “What are you doing out this time of night?”

Duke’s stomach clenched, the contents threatened to splash out. He swallowed the chunks back down. He needed some water, or another drink before passing out, but he didn’t want to pass up a chance of female companionship. Hopefully, she was just playing hard to get.

“You wanna come in and have a drink?”

In response, she gurgled. A low, rumbling sound that originated deep in her throat.

At first, Duke though maybe she burped, and was taken aback. Chanel was one of those women who didn’t leave the house without every hair in place. Was she even capable of producing gas?

His stomach lurched again. He barely closed his mouth before the vomit escaped. He covered his mouth with his hand and choked down the bile. He needed to get inside.

“Well, I’m gonna head inside. That offer still stands if you want a drink.”

He stumbled toward the stairs. His toe caught on the edge, but he caught himself before falling down. His face reddened, and he glanced over his shoulder. Chanel still stood at the back of the vehicle, watching his every move. Odd, he thought. What is she doing? But he didn’t have long to worry about it. His top priority was getting something to drink.

Duke kept a bottle of orange Gatorade in his fridge for such occasions. Bathed in the white glow of the fridge light, he downed the entire bottle, liquid running down his chin. He gasped in air when he finished, then let out a long, rumbling burp. Something shuffled in the living room. He glanced into the darkness. A shadow moved. He smiled to himself. He knew she couldn’t resist his charms for long.

Pushing the fridge door closed, he stepped into the other room. He contemplated turning on a light, but thought better of it. The hunt would be more fun in the dark. He took another step, and the floor rolled under him. He couldn’t regain his balance. His knee hit first. A dull ache throbbed up his thigh. He was going to feel that in the morning. Then his shoulder thumped onto the floor, followed by his head. He yowled.

His expectation was that Chanel would rush to his side, maybe turn on a light, to find out if he was all right. Instead, she stood there. What was wrong with her? Didn’t she care? Duke rolled onto his hands and knees and crawled to his TV. He punched the button. The flickering light lit the room. He turned to Chanel.

His breath caught. Instinctively, he crab-walked away from her. Her arms hung limply at her side, her skin pale. She stared at nothing, her eyes glazed white with dark circles underneath. Her normally flawless hair stuck out in various directions. Mud streaked her Capri pants. Her ripped white shirt exposed a lacy bra. He cleared his throat and struggled to his feet.

“Chanel? Is everything all right?”

She turned to face him, but stared right through him. That same throaty gurgle escaped her throat. It almost sounded like a growl. Duke’s stomach knotted.

“You know, um, I’m pretty tired. Maybe, ah, we could reschedule that drink for another time.”

“It was awfully great seeing you, though.” He glanced at the front door. How was he going to herd her toward it?

She took another step, her mouth falling open. A hiss escaped her lips, and determination shrouded her face. The blood in Duke’s veins went cold. He froze. She lunged forward. She misjudged the distance between them, falling to the ground. Her nails caught his neck, and she dragged them down his flesh. He bolted to the right. Taking the steps two at a time, he ran upstairs. He slammed his bedroom door shut. What was wrong with his neighbor? Was she on some type of drug? The footsteps echoed up the stairs. Slow, methodical steps that thudded through the carpet.

He locked the door and glanced around the room. His gaze fell on the gun safe. How would he explain to the cops the amount of alcohol in his system and his dead neighbor? Maybe just pointing it at her would scare her off. But what if it didn’t? What if she still came after him? He punched in the combination and took out the 300 Winchester and Smith and Wesson Model 629 revolver. Chanel pounded on his bedroom door. Crap! She was relentless! Why couldn’t she be that determined to get in his room before getting high? He glanced at the ceiling. It was his only chance. Pulling down the stairs, he scurried into the attic.

Darkness surrounded him. He stared at the floor for a long time, waiting for the door to open. His head grew cloudy, his eyes heavy. Eventually, he drifted into an alcohol induced sleep, Chanel still pounding on his bedroom door. 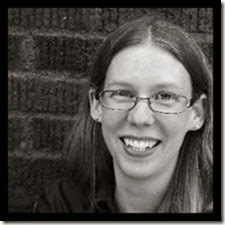 Pembroke Sinclair is a literary jack of all trades, playing her hand at multiple genres. She has written an eclectic mix of fiction ranging from horror to sci-fi and even some westerns. Born in Rock Springs, Wyoming--the home of 56 nationalities--it is no wonder Pembroke ended up so creatively diverse. Her fascination with the notions of good and evil, demons and angels, and how the lines blur have inspired her writing.

Pembroke lives in Laramie, Wyoming, with her husband, two spirited boys, a black lab named Ryder, and a rescue kitty named Alia, who happens to be the sweetest, most adorable kitty in the world! She cannot say no to dessert, orange soda, or cinnamon. She loves rats and tatts and rock and roll and wants to be an alien queen when she grows up.

You can learn more about Pembroke Sinclair by visiting her at http://pembrokesinclair.blogspot.com/