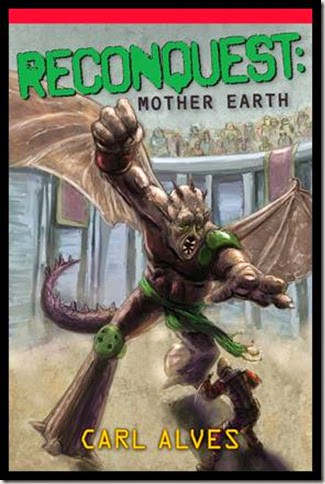 SEAL Mitch Grace was among the first humans to see the aliens when they landed at the naval base where he was stationed, but like the rest of humanity, he was powerless to stop them.

Five years later, Mitch awakens from his coma under the care of an alien physician to find that aliens control the planet. Starting alone, as a one man army, he rallies the surviving humans to build a resistance movement to take the planet back from the alien conquerors. After his capture by the aliens, Mitch is forced into intergalactic slavery to become a gladiator, fighting as the sole representative of the human species. Against all odds and far from home, he lays the plans for the reconquest of his homeland.

When I was in high school I dabbled in writing but I dropped it when I got to college. Majoring in Biomedical Engineering, there wasn’t a whole lot of time for ancillary activities. After graduation, my wife thought it would be a good idea if I started writing again, and I realized that it was something that I missed. That was when I got serious about learning the craft and trying to get published.

It was probably the day that I got my first short story published. The story was called “Let Us Prey”. It was based on an urban legend, and it was published by Nevermore magazine. The story came out the same day my oldest son was born, which made it especially cool.

My first novel published, Two For Eternity, wasn’t the first novel that I had written. It was actually my third novel. From the time I started writing again, until Two For Eternity was published was around ten years. It was a long, hard process, but one that has also been rewarding in many ways. The struggle made me appreciate it all that much more.

For my day job, I’m a Quality Engineer at a medical device company. It’s probably not as exciting as it sounds, but my role is basically to make sure the product line that I am working with, which is a surgical lighting product, meets all the demands that the FDA requires.

Reconquest: Mother Earth is a mix of Independence Day, Red Dawn, and Gladiator. A Navy SEAL has to take the planet back from alien conquerors.

My publisher is Montag Press. Based out of California, they are made up of a young, intelligent, eager team who trying to put their foothold in the publishing world.

I don’t write a single book continuously. I’m constantly bouncing from one book to the next to a short story and then back again. I would say in average it takes me three to four years.

I certainly don’t hold myself to a genre. My first novel, Two For Eternity, is an historical fantasy novel that takes place of 12,000 years. I followed that up with Blood Street, a paranormal thriller featuring vampires feuding with mobsters. My latest novel, Reconquest: Mother Earth, is a post-apocalyptic sci-fi thriller. I basically find concepts that really interest and excite me and I turn it into a story. I see myself doing more of that in the future, regardless of genre.

In my novel Reconquest: Mother Earth my favourite character is Mitch Grace, the lead protagonist in the story. He’s a Navy SEAL who is knocked into a coma on the first day of the alien invasion and wakes up five years later to find that aliens have taken control of the planet, and is determined to take the planet back from the aliens. I’ve always had a deep admiration for members of our military, specifically the Navy SEALs. They are almost superhuman to me. What they are capable of doing is amazing. For me Mitch Grace is the embodiment of what is good about the United States. He is intelligent, fit, strong in both mind and body, and has an uncompromising will to survive and not accept defeat.

I work full time. I have two small children who demand my attention. My wife also works a job with long hours, so I basically write whenever I have time. Even if it is just a few minutes here and a few minutes there. I have learned to absolutely maximize my time and make the most out of it. That’s why I find the concept of writer’s block laughable. I don’t have time for writer’s block.

Absolutely. I have been fortunate enough to have predominately very positive reviews for each of my novels. I have yet to experience the pain of gut wrenching overly negative review.

Titles are so tricky. Occassionally, I come up with a title early on in the process, but more often than not it comes later. In the case of Reconquest: Mother Earth, Brett Talley, who is a fantastic, up and coming horror writer, suggested the title.

I have no set strategy. Sometimes the name comes to me and feels right for the character. Sometimes, I randomly come up with names by looking up character names and it feels right. Sometimes, I will go with a name because of the meaning behind it.

The naming of characters and places always comes first. I just think it would get to awkward to continue to refer to a character or a place by something generic like character X until I come up with the name.

Much like the plots in my stories, I have a rough idea of what the character is going to be like, but I let them evolve as the story matures. The main character is generally fleshed out more than the side characters, but I try not to be too rigid in my approach and give room for the characters to breathe and let the story dictate who they are.

Not consciously. Occasionally a moral will develop, but it’s not something I set out to do. I am more about the story than the moral.

I still enjoy the print format, regardless of whether it is in hardback or paperback. I have a Nook and I enjoy reading on it, but it’s not quite the same as a book that you can hold in your hands and turn the pages of it.

My favorite book is most definitely The Stand by Stephen King. The Stand is the best novel I've ever read.  I tackled this post apocalyptic epic fantasy when I was thirteen.  It had a profound effect on me then and made me want to write.  There is so much going on in the novel, but if you want to boil it down to its fundamentals, it's ultimately about good vs. evil.  The personification of evil, and the best written villain I've encountered this side of Hannibal Lecter is represented in Randall Flagg, who is kind of like the devil incarnate and the one who started this super flu.

Most certainly. In fact I think Hollywood screen writing has become so predictable and cliché. There are so many movies that I watch that make me groan. I can tell you everything that is going to happen before it happens. I think the best movies and television shows in recent years have started off as books. You look at The Silence of the Lambs, Harry Potter, Game of Thrones, True Blood, The Walking Dead, and many others, and they are clearly of higher quality.

I have a number, but if I had to narrow it down, I would say old school Motley Crue and Metallica.

Stephen King. Especially his early work, which is nothing short of brilliant. 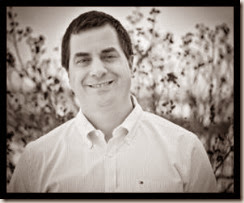 Carl went to Boston University majoring in Biomedical Engineering. Carl graduated with a BS degree, and has since worked in the pharmaceutical and medical devices industries. He later graduated from Lehigh University with an MBA degree. His debut novel Two For Eternity was released in 2011 by Weaving Dreams Publishing. His novel Blood Street was released in 2012 by True Grit Publishing. His novel Reconquest: Mother Earth is scheduled to be released in 2014 by Montag Press. His short fiction has appeared in various publications such as Blood Reign Lit, Alien Skin, and Dark Eclipse. He is a member of the Horror Writers Association and has attended the Penn Writers Conference.