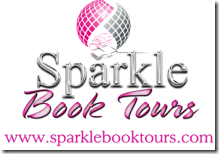 In the future, some people known as rogues exhibit supernatural abilities.  That’s not a good thing, however, because the global government hunts them down and executes them, imprisons them, or forces them to become assassins.  Silas is such a rogue.  He lives day by day constantly paranoid about his chances of survival.   So when a wide-eyed hobo offers him a solution to his problems, a mysterious man who the U.N. seems desperate to find, he follows, not having the slightest clue what he’s just stepped into.
Alice hides a dark secret. Many rogues have come and gone in past years, but if people only knew how dark her so-called gift was, they would reject her. Attack her. Kill her. Where can she turn?
Sage is the one that connects them. The one that offers hope to them both. Little is known about him and precious few have seen him. So why is he the only one that the U.N. is afraid of?

Click.  Clack.  Click.  Clack.  Click.  Clack.
Carter cringed with every step as he heard the metallic clashing of the chains that bound his wrists and ankles.  United Nations soldiers surrounded him: one at each side, two behind, and two in front.  They walked with their firearms close to their chests, ready for action at any moment.  He scanned his surroundings, looking for an exit: blank white walls, glass security panels, and grey tile ceiling.  Blue uniformed soldiers guarded every door, and he saw the door to his doom approaching.  He could see no windows looking into the room, only a solid white wall and the grey door, guarded by two soldiers.
Click.  Clack.  Click.  Clack.
The soldiers stopped at the door.  They exchanged a few words, told the guards of the door why they were there, showed their I.D.s, then entered the room.  It was far less menacing inside than Carter had imagined.  There were none of the flickering bare light bulbs, blood stains, or pungent aromas of decaying bodies that he had conjured in his mind’s eye.  The room, like everything he had ever seen in this building, was remarkably and shockingly bare.  So bare, in fact, that it was creepy.  Was this routine for them?  Was it normal?  Was there nothing extraordinary, nothing even immoral about what they were going to do?
They walked him to the wall on his left, and a touchscreen panel popped up.  One of the soldiers pressed a few buttons and he felt his wrists and legs pin against the wall.
“Sure is a sticky situation, eh?” remarked one of the soldiers to his buddies.  Soldiers often made comments like this, but always to their friends.  Common soldiers were forbidden from talking to prisoners, especially rogues.
Ten gunmen filed in from a door on the opposite wall and lined up with their guns pointed upwards.  Behind them approached an agent, instantly recognizable with his black and blue suit.  He held his military stance with his hands behind his back and recited the appropriate words.
“William Carter Jackson.  You have been found in violation of Sovereign Order 21, which dictates that no biologically outstanding person, defined as those exhibiting phenomena deemed supernatural or otherwise extraordinary, shall be allowed to live, under the equal opportunity statutes of the first United Nations Sovereign Order.  Your crime has been deemed punishable by death, and will therefore be carried out in a swift and humane manner, by firing squad, authorized by this Agent Sebastian Jefferson.  Do you have any last words?”
Carter lifted his head and established eye contact with the agent.
“Yeah, I do.”
He waited for the soldiers to shift, to listen to what last words he had.  None of them budged, but that didn’t change what he had to say.
“What’s so wrong with having good hearing?”
“Ready arms,” said the agent.
The boy refused to break eye contact.  He looked the agent in the eye, determined in a last act of ideological rebellion that they would not ignore him.
“Fire.”
All ten rifles fired at once.  Blood spattered the wall behind the boy and spread into pools on the ground.  The force broke the wall’s magnetism, leaving the boy lying upon the ground.
One of the soldiers who had escorted the boy knelt down and took a look at him.
“Affirmative,” he said.  “We’re clear for the clean-up crew.”

Probably the first time I completed a first draft.

Editing and shaping up included, probably about four months or so.

My latest book is Finding Sage, and to summarize it I’d say: People with superpowers are hunted in a dystopian future by a Fascist world government.

I’m self-published and proud of it.

It’s previously taken me about 2 years, but the Finding Sage sequel, if all goes according to plan, will have been in less than 6 months.

I plan on having four books in the series started with Finding Sage, but I also would like to write a space opera story and some urban fantasy and paranormal stories.

Dystopian. Other stories that I’m working on would be science fiction and fantasy.

Fascination with 1984, and the realization that other things could be combined with it.

That’s easily Eli. He’s very eccentric, being basically a spacy, airheaded hippie. As you can imagine, that’s a lot of fun to write.

I’ve always been inspired to write, just as an extension of loving to read.  I’ve been writing since I was 12 and more seriously since about 17 or so.

I usually listen to soundtrack music while I write.

The title always comes after, and it usually changes two or three times after that.

For character names I frequent baby name websites. For places, I usually just throw together random syllables until something clicks.

Usually before writing a book, although I sometimes create new characters in the middle of writing, in which case their traits are obviously done as I go along.

Yes.  But I like the readers to discern that for themselves.  I will say that Finding Sage was originally supposed to be about political persecution, but I think it ended up being about something else that I think is actually cooler.

Generally hardback, but eBooks are cool because they’re inexpensive.

Unwind by Neal Shusterman, because it’s the only book to keep me up until 2 a.m. I haven’t read it more than once, mostly because the series isn’t done yet.

Typically they don’t, although there are exceptions. I do like Return of the King. The worst would definitely be Eragon.

Mexican food, or anything with cheese.  Or cheese by itself. 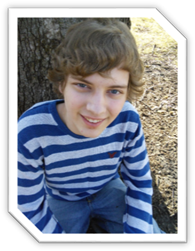 Logan Judy is a dystopia, science fiction, and fantasy author who published his first book, Finding Sage, in 2014.  He spends his days dreaming up new worlds and new stories, as well as wishing for a Serenity sequel.  He currently lives in Indiana with his wife and their Don Quixote-like guard dog.