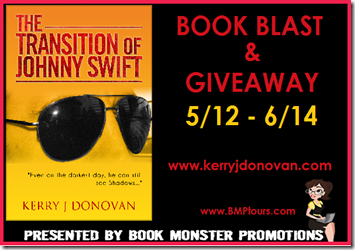 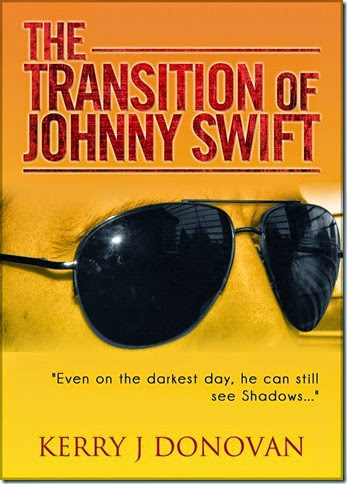 THE TRANSITION OF JOHNNY SWIFT

THE TRANSITION OF JOHNNY SWIFT is the story of one young man's fight to save his family from a threat nobody else can see or understand.

Frank Brazier—the book's lead character and narrator—is a successful racing driver a single step away from the big time. After a night celebrating a win, he takes the train to London with his sister, Paula. The train derails and sends Frank into a hellish world of pain and confusion.

In the next room, Paula is on life support. The doctors say she’s dead. They want to pull the plug on her machines, but Frank knows better—one of the voices he hears is Paula.

The book follows Frank's slow recovery from his physical injuries and his battle to save both Paula and the rest of his family. The doctors dismiss his clams as the wild ramblings of a man with brain damage. Neither his father nor girlfriend believes him either.

Only his imagined, elusive friend, Shadow-man believes. But is Shadow-man real? And if so, is he there to help or harm?

BUY LINKS: This novel is only available as a pre-order through my publisher Britain’s Next Bestseller:

Britain’s Next Bestseller is a crowd-funded publisher. To earn a publishing deal, I need to sell 250 pre-orders of the Transition of Johnny Swift at £8.99 per copy, by 22nd June 2014.

To sweeten the pot, I will send an e-version (Kindle or PDF) of my crime thriller novel, THE DCI JONES CASEBOOK: ELLIS FLYNN, to anyone placing a pre-order for THE TRANSITION OF JOHNNY SWIFT. 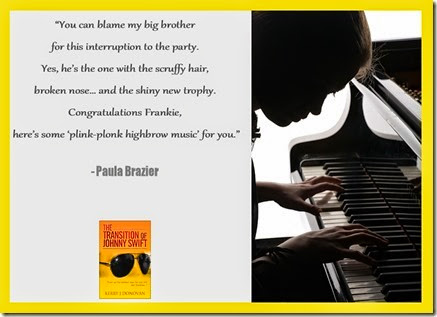 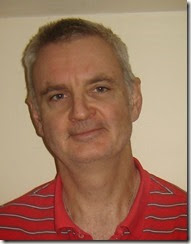 Kerry J Donovan was born in Dublin, long before the time of mobile phones and twenty-four-hour television. He spent most of his life in the UK, and now lives in Brittany with his darling wife of thirty-seven years. He has three children and three grandchildren, all of whom live in England. An absentee granddad, Kerry has grown to love video calling.

Kerry earned a First Class honours degree in Human Biology, and has a PhD in Sport and Exercise Sciences. A former scientific advisor to The Office of the Deputy Prime Minister, Kerry helped UK emergency first-responders prepare for chemical attacks in the wake of 9/11. This background adds a scientific edge to all his writing.

He currently earns a living as a furniture designer/maker and writer. He is a regular contributor to UK-based hobby magazines, and writes the occasional short story for online magazines, including Gore!, which he also guest edits.

Kerry published a novelette, The DCI Jones Casebook: Raymond Francis Collins, in May 2013, and the second Casebook installment, Ellis Flynn, in November 2013. Both are available in e-versions, and you can buy Ellis Flynn in paperback.