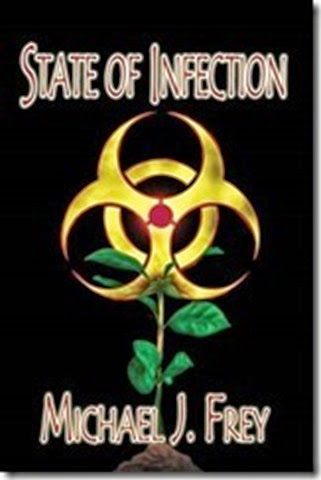 Just months before the Battle of Central Park and the onset of the Second Civil War, President Obama declares martial law in New York, New Jersey and Connecticut as Montoya’s encephalopathy spreads.

Despite the military’s best efforts, the government falls and Manhattan is reborn as a city-state under a military dictatorship. Survivors Mike Calaf, and Avalon Calendar struggle to survive, caught between the zombies and the new ruler of New York.

But long before the zombie infection, during the First Civil War, Doctor William Jackson (of the Confederate States of America) is trying to unravel the mystery behind this strange new sickness. He knows that if Complex P fails to work, there could be devastating consequences which might influence the future of mankind.

Purchase it at Amazon and BN

It’s been nearly a year since the outbreak. Most people call it the ZA infection, though it’s not really an infection. The proper medical term is Montoya’s encephalopathy (named after Claude Montoya, the French researcher who spearheaded the early studies).

I was in my office seeing patients when it began. Back then I had a medical practice on the Upper East Side of Manhattan, about a block away from my one bedroom apartment. I could get from my office to my home before you could say Jack Robinson. It was convenient as heck (and in the end, probably saved my life).

In those days my biggest concern was keeping the practice growing. Medicine is, among many things, a business, and like most businesses, mine had overhead. Lots of overhead. In my case overhead meant two receptionists and two nurses. I also had the malpractice insurance to cover, which seemed to go up almost every year. Next came the office supplies (both secretarial and medical). Then throw in the computers, maintenance, and a small reserve for holiday parties. Private practice in New York City was a costly beast to say the least.

Fortunately, I did pretty well and was able to celebrate my black Friday earlier and earlier each year. I wish I could attribute my good fortune to my skills as a doctor, but as Avalon might say, that dog won’t hunt. There were plenty of good docs in New York City before the ZA infection, so I had to find a way to stand out. The real secret to my success was keeping the waiting down to a bare minimum. I prided myself on it. Everyone hates waiting for the doctor, I get that, I hate it too. And no group of people does hurried and rushed like Manhattanites. So if Mrs. Kessler had an appointment at noon, she was seen by noon, or sooner. That, and a pair of the friendliest secretaries known to mankind, is what kept my people coming back.

Of course, it didn’t always work out that way. All it took was one complicated condition to throw off the schedule. For example, during what I thought was a routine physical exam, I felt an enlarged liver in a fifteen-year-old boy. That’s how a visit booked for twenty minutes became forty-five minutes. After explaining the findings to a terrified patient and his mother, I then had to order liver function tests, screening tests for hepatitis and a CT scan of the abdomen. It takes time, but it has to get done. You do what you can while keeping the bottom line in mind. And, if Mrs. Kessler wants to tell you about her son’s academic success at Brandeis University, or Mr. Barkman wants to show you pics of his new Shetland Sheepdog? Well, you smile and look at the pics, or at least that’s what I did. Good word of mouth followed, and my practice grew; satisfying both my needs as a physician, and as a businessman.

I wish I could say my office was filled with marble and gold leaf, and that I had one of those big fancy wooden desks. It wasn’t like that. But it wasn’t one of those tired, worn out old offices with dirty carpets and framed posters of Matisse and Van Gogh everywhere you turned. It was pretty standard I guess.

On my desk, I had two photographs. One was a recent pic of Kimberly and me in the North Fork of Long Island (the wine country). The other was of my sister and my parents, which was taken at a wedding, or bar mitzvah, or something; everyone dressed up and smiling in the type of picture that seemed dated the second it went into the frame; the type of picture destined for a desktop. Overall, I’d say it was a nice setup. Then the ZA infection came and everything changed. And if a little zombie apocalypse wasn’t bad enough, the Southern Federation showed up next to conduct what they called the Second Civil War. Talk about bad karma.

Manhattan is now what one might call a city-state, a tiny little country onto itself. And who gets to be king of New York? A man named Castor Dean does. Castor Dean is the class president...of a pretty big class. Not that he was elected by his classmates (or anyone else for that matter). His authority was given to him by what remained of the military after the government collapsed. His official political title is the Gallum Major; which means king or ruler. Personally, I would have chosen “El Hefe” if I ruled New York, but they never offered me the position. This is not to say that Castor Dean is a bad leader, it’s just that the vox populi never meant much to him. Most survivors welcomed Castor and his absolute rule. After all, because of him, the city still has electricity and clean water. That fact alone makes Castor worth his weight in gold.

Castor changed things up when he came into power. For starters, he renamed the city. Manhattan, he felt, had been erased by the ZA infection. The survivors of the zombie apocalypse needed a fresh start, a new beginning. So Manhattan was reborn as Gallum City, and Roosevelt Island (a small island adjacent to Manhattan) became its capital. Because of Roosevelt's small size, Castor’s army was able to clear out the zaps in a matter of days. This zombie-free sanctuary (just a few minutes boat ride from Manhattan) was the ideal location for the new ruling class. Roosevelt Island was divided into three sections. The southern section became a military town named New Sparta (where most the soldiers were barracked). The middle of the island was for government leaders and their families. The northern section was given to the surviving civilian population, the natives, who lived on Roosevelt before the infection. They were allowed to stay, provided they agreed to relocation.

I think my worst quality is that I let women, specifically a certain woman cloud my judgement. I think a lot of the trouble I got into was because of Avalon. But she is my weakness. My best quality is loyalty to my friends. Well maybe not all my friends. Certainly to Castor and to Avalon. Less so for Kenny Papperman. So sorry Kenny.

The one thing I wish other people knew about me was what a good doctor I was before the zombie apocalypse.  I never really got to use my skills on Roosevelt Island. My career there was very short-lived due to the problems we ran into.

I am most afraid that I will never find Avalon again. It’s not like we have cell phones in the apocalypse. Of course I fear for NYC and what might happen to it should the Southern Federation win the Second Civil War.

What I want most is to find Avalon and to make certain individuals pay for what they’ve done to me...to us and out relationship.

My relationship status is currently single, but I hope for that to change.

I’m a classy dresser, or at least I was. Maybe not on the level on Kenny Papperman, but I try.

Not much. Most of my life I have played by the rules. It’s hard to be a rebel when you choose the path of medicine. You have to answer to a lot of bosses (professors, teachers, senior doctors) if you want to become a physician yourself. Good grades are very important. Since the outbreak of infection, I have again been playing by the rules. I accept Castor Dean and his absolute rule and I obey. If there is one thing I rebel against in this world, it’s the zaps.

My service to the people of Gallum City and specifically to the service of the Gallum Minor, who is the right hand man (or should I say woman) to Castor. Her health meant a great deal to me. It was my job to care for her and I took my job very seriously.

Sometimes I think the time I had alone with Avalon, trapped in our apartment, when the outbreak first started, was my happiest time. There were no interferences from the outside. Just the two of us, safe up on the 21st floor. Of course, we eventually ran out of food and we had to do something. But for while it last, those few weeks in October were pretty sweet.

When I was up in Harlem, we had spent some time with the Inquisitor and the Golden Legion. Before we left, he gave me something very special. Something very important. I will cherish it forever. It is my prized possession.

There is a person I dislike most. Anyone who knows me knows who that is. If I ever run into that person again, I hope I have the strength to resist violence. But my inner wolf wants to fix him. Wants to put a bullet in his chest.

Not recognizing the spies among us on Roosevelt before it was too late.

I admire Castor Dean. He is a fair ruler and a good man. Yes, he has a temper, and yes he has a nasty sense of justice. Dressing people up like clowns and burning them alive is about cruel and definitely a bit unusual a punishment. But that’s just how he does things. He is a very charismatic man and knows in the inner working and machineries of his fellow survivors.  I admire that in him as well. I mean look at the new civilization he created. Look at Roosevelt and Gallum City. That’s all him. Plus was able to maintain the power distribution to the survivors. I am glad, very glad I met Castor.

Currently it would have to be, ‘Life is suffering.’ 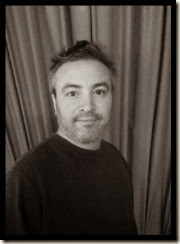 Michael Frey is a physician and assistant professor in New York City. He lives in Westchester, New York with his wife Jessica, two children and two dogs.