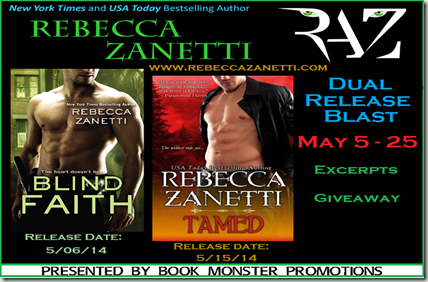 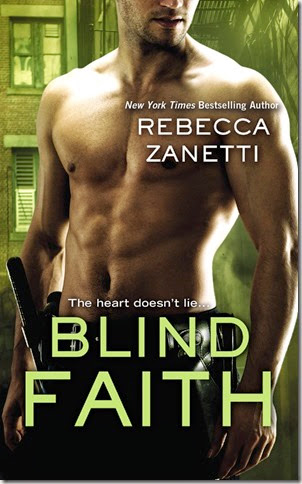 For Nate Dean, love is a four-letter word. As part of a secret black-ops military unit, he and his brothers were genetically engineered by the government to be ruthless soldiers with an expiration date. They were loyal only to one another . . . until Nate laid eyes on the woman who stole his heart and blew his world apart. Now, years later, his family is still paying the price for his mistake. But as time runs out, there's only one person who can save his family: the very woman Nate swore he'd never trust again.

The moment Audrey Madison spies Nate across a crowded ballroom, she can barely breathe. He's just as undeniably sexy as she remembers, yet there's an edge to him now that's as irresistible as it is dangerous. When he asks for her help, Audrey can't refuse. But she has secrets of her own-secrets that, if Nate ever discovers them, may cost them both their lives . .

His mouth covered hers with no hesitancy, no question—as if he had every right to go deep. His tongue was savage and demanding, holding nothing back and accepting no evasion. He tasted of loneliness, anger, and lust. Hard, needy, demanding lust.

The men at the door were watching.

But her body didn’t care—instantly igniting instead of pushing away. Her heart thundered in her ears, and she fell into his heat, uncaring of whether he caught her. He wrapped around her, his unyielding body holding her upright. He caressed her with his tongue, and she met him thrust for thrust, fierce pleasure lighting her on fire.

She forgot where they were, who they were, everything but the desperate need he created.

He broke the kiss, blatant male hunger crossing his face. His breath panted out even as he moved them in tune with the music.

She softened against him, allowing him to lead so she didn’t collapse. Her mind whirled, and she shook her head to regain reality. “Nathan, what do you want?” The question emerged as a breathless plea she couldn’t mask.

That quickly, all hints of desire slid from his face. His chin hardened. “Want? I want to know what happened to the child you were carrying five years ago when you ripped out my heart. Where’s my baby, Audrey?” 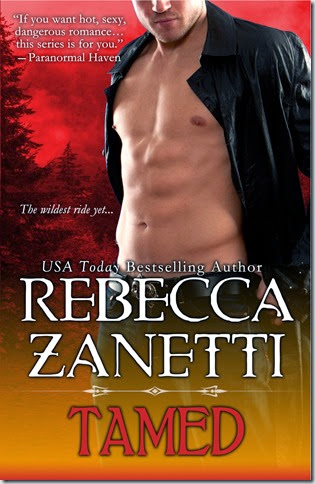 Caleb Donovan was never meant to be a prophet. At heart he's a conqueror, his appetites far more carnal than spiritual. He's not inclined to repress his passions and surrender to fate. After all, that's what cost him Lily—three centuries ago. She married another, because it was ordained. Now that he's in the same benighted calling—and forced into proximity with her—all the old desires are roaring back to life. . .

After widowhood and centuries of celibacy, Lily is eager to explore the wild side of life, except now she's vulnerable to another forced relationship, with an enemy. But this time she's determined to choose her own path. And if hot, furious Caleb comes charging to the rescue, it might just change both their destinies. . .

Love is about to start conquering. .

Caleb turned and pressed her against the worn brick building, startled yet again by the delicacy of Lily’s petite frame. He stood at least a foot and a half taller, but the woman had such a presence he often forgot her stature. Slowly, he slid his hand up to cup her chin. Curiosity and need glimmered in the depths of her mysterious eyes.

Even so, he allowed several seconds to pass in case she wanted to move away.

Her chin held a delicate stubbornness that tempted him far more than he’d ever admit. Would she still taste like strawberries?

He lowered his head, giving her plenty of time to stop him. His lips met hers, and heat slid through his veins. The rightness of the connection clicked somewhere deep inside him.

Then she sighed, and his head spun.

He pressed harder, his tongue sweeping inside her mouth.

Fire, need, and strawberries became the center of his world. The leash he constantly kept on himself snapped. He stepped into her, his body caging her, his erection brushing against her warmth.

He tangled his hand in her silky hair, tethering her, taking all he could.

She sighed and kissed him back, a soft sound of surrender emerging with her breath.

USA Today Bestselling Author Rebecca Zanetti has worked as an art curator, Senate aide, lawyer, college professor, and a hearing examiner - only to culminate it all in stories about Alpha males and the women who claim them. She writes dark paranormals, romantic suspense, and sexy contemporary romances.

Growing up amid the glorious backdrops and winter wonderlands of the Pacific Northwest has given Rebecca fantastic scenery and adventures to weave into her stories. She resides in the wild north with her husband, children, and extended family who inspire her every day--or at the very least give her plenty of characters to write about.