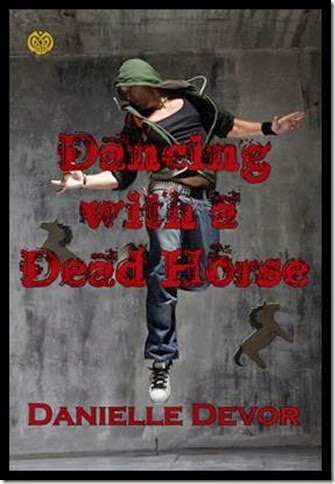 Dancing with a Dead Horse

When he finds the body of the most popular girl in school, he has a major freak-out session, and then calls 911. But if finding a body wasn’t bad enough, when a horse doll made of human skin and hair is found in his locker, the entire town accuses Jason of the murder.

As the body count rises, so does the hostility. Jason is left with a choice: To run and hide or to clear his name and find out why the killer is targeting him before it’s too late.

Living in a small town is like living in a bubble. Everything seems to go the way it has for eons, until something comes along and POP! The bubble bursts. That’s when mass panic sets in.

The panic doesn’t come immediately. Usually, it takes some loser redneck with a chip on his shoulder to say something like, “Kyle Crabtree has always been weird. Weird ain’t good.” And the next thing you know it all goes to hell and poor Kyle has a mob surrounding his house demanding justice. Unfortunately, Kyle has no idea what’s going on. Then, they drag him out of his house. If Kyle is lucky, they don’t beat him to death.

My name is Jason Miller and I almost died today. Believe me, it sucked. All I wanted was a normal life, instead, I ended up with a giant mess.

But, today wasn’t the beginning. It all started about six weeks ago…

“Jason,” Mom said. We were in the kitchen. She had done a lot of work to it over the years. The formerly green metal cabinets were replaced with white wooden ones, and the sink was made of some type of soapstone. She’d spent hours trying to decide on the right colors, the right design, but I never really paid much attention. Kitchens just weren’t my thing. Not that I really paid much attention to the rest of the house either, but that was beside the point. I looked up from my cereal. She was wearing her do-what-I-say-mister-or-you’ll-be-sorry look. Her brown hair was pulled back into this severe bun. It was so tight that it seemed to stretch her eyebrows up towards the top of her skull. People said I looked like her. I guess it was the brown hair and blue eyes. Who knew what I’d done this time. Mom was kind of obsessive compulsive.

“Yeah?” I asked. I fought not to roll my eyes. I didn’t feel like dealing with her weirdness this morning.

She put her hands on her hips, not that she really had any. She’d once been a famous ballet dancer for the Kirov Ballet, but then she’d met Dad while trying to find some obscure Chinese restaurant in New York when the company was on tour, and the rest was kind of history.

“You left towel on the floor again,” she said. It was interesting. Mom had lived in the States all these years and her Russian accent was still as strong as ever. I guess the “homeland” never left her. Not really.

But, shit. The way she acted, you’d think I just shot the dog—not that we had a dog, but whatever. I’d hit on her worst fear. She was a germaphobe of the highest order;at least that’s how it seemed to me. I didn’t mind it though.

The thing you have to know about Mom is that she has these fears because she lived through Soviet Russia. When she was a kid, she lived in an apartment with carpets on the walls to try to keep out the drafts. Everything was saved to be reused, even aluminum foil. So now, when she has something, it all has to be perfect, so it can stay good for many years. Somehow the American disposable society and her ideals still work. That is- if you can keep her from having a conniption fit when the TV breaks. Her culture was set on making things last because they didn’t have a choice. I think she resented that Americans didn’t pay much attention to things like that anymore.

Her head was probably running rampant with images of mildew snaking its way up the walls of my bathroom like some kind of space monster. And honestly, my bathroom wasn’t that bad. It was one towel for crying out loud. I mean, a little soap on the sink wasn’t that big of a deal and I’d cleaned up that part of it this time. Plus, Mom had a cleaning lady come in once a week. The place wasn’t going to turn into mold central that quick.

“Sorry, Mom. It must have fallen.” I gave her what I thought was a I’m-just-your-little-boy smile. Hell, even I had to admit, coming out of my mouth it sounded fake and hokey, but you can’t blame me for trying. Playing innocent was the only way I knew to get by Mom. But, she was getting better and better at ignoring my charm. At least I hoped it was charm.

She huffed and gave me the look. Apparently, my charm was not working this morning. “Don’t you lie to me, Jason Nicholas Miller, or I’ll make you take advanced class this afternoon.”

Oh, God, anything but that. Dealing with her reaming me out for not hanging up my towel was one thing, taking one of her classes was another. “I’m sorry,” I said. And I meant it. I did not want to spend the afternoon in tights and having sweat stick to my balls like glue. The itching would be bad enough, but the “unclean” feeling would drive me crazy.

Last thing I wanted to do was take ballet classes again. Mom owned her own studio here in town. Town was Orinth, Ohio. It wasn’t a bad place if you still liked picket fences and lots of gardens. Orinth was known for its yearly garden show. We never participated.

I felt the look of disgust creeping onto my face and I forced my facial muscles to relax and remain neutral. I needed to be strong. If I caved now, I would be so screwed. Besides, I didn’t need the “ballet dancers are manly” talk again.

Character Bio: Jason’s dream is to become a Mixed Martial Arts fighter. He’s sixteen years old and still trying to figure things out. His biggest problem? His mother wants him to be a professional ballet dancer. He spends most of his time trying to avoid going to his mother’s classes. 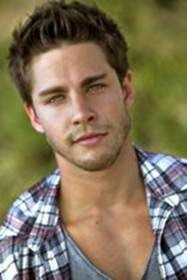 My worst quality is probably that I tend to bottle things up that bother me until they explode. My best? I am very loyal.

Sometimes, I don’t mind taking Mom’s classes, but don’t tell her that.

To be a professional MMA fighter

I dunno. American boy I guess.

My dad is a motorcycle guy, so I was kind of raised to be outside the box.

Surviving the past year. Sad, but true.

Being somewhere with a few people I care about and relaxing.

My first pair of MMA gloves.

I tend to shred my clothes when I get nervous.

Being judged by people who have no idea what they are talking about.

Not being able to save Shubangi

Being someone who I can count on

Eddie Alvarez- He’s one of the most awesome fighters ever.

I wish I was stronger- both physically and mentally 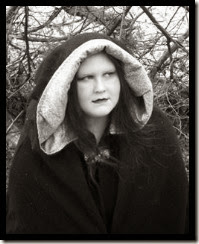 Danielle DeVor spent her early years fantasizing about vampires and watching “Salem’s Lot” way too many times. After living briefly in Baton Rouge, Louisiana, she moved back to her hometown to write. When not writing and reading about weird things, you will find her hanging out at the nearest coffee shop, enjoying a mocha frappuccino.