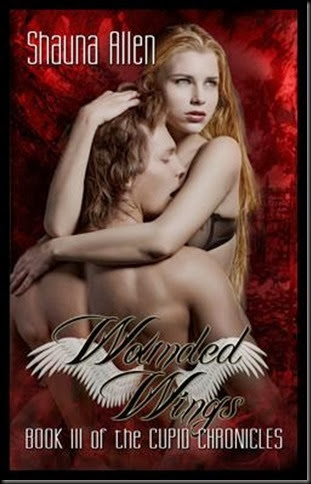 Judged harshest by his own heart after the greatest of sins, Elijah Smith imposes the most brutal of punishments upon himself. He is now a fallen angel, cast down by his own hand—lost, suffering, caught between two worlds, and searching for redemption.

Scarred emotionally and physically, Naomi Evans has always put her happiness aside to repay her debt to the one who saved her. Never quite fitting into her friendly little town after being abandoned as a child, she’s not sure love will ever find her aching heart.

New Destiny, Arizona will never be the same. Two strangers have rolled into town, shaking Heaven and Earth. One, a handsome loner is temporarily stranded and biding his time, quietly bestowing random acts of kindness on total strangers until he can be on his way. The second, an undercover Cupid named Michael, is determined to bring healing and true love.

His assignment? A fallen brother and his equally wounded soulmate.

Will Naomi be able to see past both their scars? Can Elijah ever forgive himself?

Is such redemption possible?

Eli gripped her chin and forced her to look up at him. “Are you sure about this?” he asked, indicating the space between them.

Was she sure about what?

Naomi stared into his deep, dark, endless eyes and tried to fathom what in the world he was talking about. But, for the life of her, she was lost. Her emotional radar felt skewed as her heart raced to the rhythm of her zipping nerves.

He stepped closer, his breath mingling with hers. Sweet. A hint of chocolate. She licked her dry lips and his eyes dipped to watch the motion of her tongue.

His hand, still on her chin, moved to cup her neck. She automatically gripped his waist.

Please, her mind screamed. Please kiss me without retreating and calling me a sin.

He seemed to read her thoughts.

He dipped his head and nuzzled the corner of her lips. She sucked in a breath and squeezed a fistful of his T-shirt.

He sucked on her full lower lip then trailed to the other side of her mouth. “. . . because I’m not . . .” he whispered against her cheek.

Her eyes fluttered open. “You’re not what?”

He rested his forehead against hers until they were nose to nose. “Sure.”

She flexed her fingers, gripping his shirt tighter. “About what, exactly?”

His eyes closed momentarily. “You.” He opened his eyes. “Me. Us.”

And women were supposed to be the ones who overthought everything. “Well, I’m not, either. But not everything is a sure bet. Why can’t we just enjoy each other right now? Leave what happens tomorrow for tomorrow.” She pecked a kiss to his frowning lips. “Don’t be so serious, Eli. I know nothing’s forever.”

If anything, his brows dipped further. “Really?”

She tugged his pelvis toward her until they were as close as they could be with clothes on. “Yes. Really. Now kiss me again.”

He studied her face for a few seconds as if trying to see if she was serious. She smiled and shoved back any doubt. He was a temporary treasure. Perfection for her to hold today. And she fully intended to do just that. The possible pain of losing him could wait. She’d be stronger tomorrow, after another taste of him. She sucked it up and tipped her face in silent invitation.

Finally, something clicked in his features and she felt the melting in his muscles as he relaxed into her arms. He hugged her tighter and pressed his lips to hers in a kiss that whipped through her system, as potent as any drug. As his tongue parted the seam of her lips, there was no mistaking the possession of his body around hers. Or the response of her heart.

Book Trailer for Inked by an Angel, the first book in the series: http://youtu.be/EDdKGsa_kjA 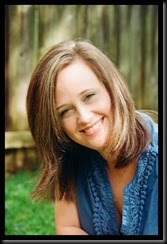 Shauna grew up an only child with two open and loving parents in Central Texas. She’s married to her high school sweetheart and is the mother to three fantastic (no, that’s not a typo!) teenagers—one she’s about to send off to the Air Force.

When she’s not writing, editing, or acting as a personal assistant to two NYT Bestselling authors, Shauna enjoys reading, movies with Gerard Butler, vacays to the beach, and hangin’ with the kiddos–even if they don’t like hangin’ with her!