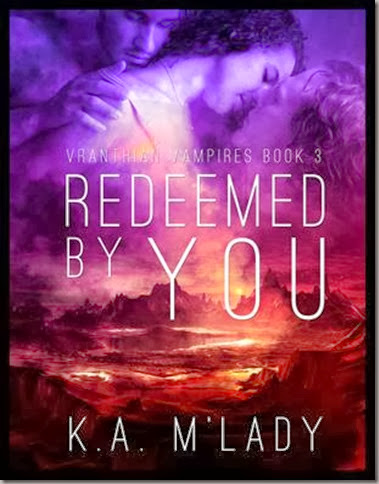 In Vranthia, The Wasting has claimed the lives of women, children, and warriors alike; many have fallen to this great plague. No one is safe from its darkness. Recklessness and subterfuge walk hand and hand amongst the Elders, as they seek a means to rule. With ferocity they intend to control the meek, with gluttony they will bleed the docile; destroying all who stand in their way.

But The Wasting can no longer be contained. What began as a dark elixir, stoked in the veins of hatred and revenge, from an enemy long thought dead, has spread beyond the great halls of the Vranthian Kingdom. And no one is certain when or where its darkness will end. Is the mystery and magic of the trion enough to save this great nation?

Kantella Balacjek is a lot of things, but a traitor to his people he is not. He needs to find the source of the darkness to prove his innocence, but the evidence against him grows almost daily. Lies told and enemies made have a way of shielding the truth from the light, even when the truth rages in the blood. Death and her harbinger await him. Will he succumb, or will The Wasting consume them all?

The Darengy grave-warriors have always walked in the shadows. But even they have their outcasts, the creatures that they fear. Onya knows what it is to be different, to be alone with the dying. The shadows and darkness hold their whispers and their pleas. Only she has the power to choose who crosses over. Enslaved by the resistance, she has learned the capacity for evil. Does her blood hold the power to seal the fate of many nations? Does she the courage to change that fate?

Mercenary, loner, wanderer – Traegar is one of the first among the Elders. He is a maker and destroyer of life. Time has jaded him. His people’s level of debauchery and power disgusts him. When the Great Wars ended he chose to walk away and hunt what he despises and loves the most; burying the pieces within him instead. Now his kindred are dying in droves. The Elders have grown unruly, and unstable in their bid for domination. In his dreams the whispers of the ancients fire his blood with the heat of the mating.

Will finding his trion redeem his faith in his people? Will their belief in each other be enough to set them all free?

Strong are the Binds of Love, Faith and Magic.

They found her standing at the balcony entry, the golden light of Vranthia’s three moons silhouetting her figure in the shimmering folds of her long, sheer gown. Her room was lit by firelight and moonlight only, the effect stunning against her pale skin and impish figure. When she turned her blue eyes on them, each were lost to her sultry, knowing gaze.

Their twin growls of hunger reached her, and Onya couldn’t help the laugh that escaped.

“You toy with danger unlike you’ve known, my sweet,” Traegar gruffly warned.

“I am braver than you think, mercenary.”

Kantella reached her first, his quick strides and firm strength encompassing her against his length. He folded her against his body, the warm heat of his lips brushing her neck as he whispered, “One of the bravest.”

“Only the bravest to be our mate,” Traegar agreed, tipping her head, stealing her sigh of pleasure with his insistent lips.

Surrounded and encompassed by them, Onya had never felt more safe and secure in her life. Desire burned through her limbs, need quivering in her belly. She clung to Traegar, the wet heat of his tongue delving, tasting, and consuming her. All the while, Kantella wove his own brand of magic against her flesh. His hands cupped her breasts, his erection rubbing against her; pressing her tightly against Traegar’s eager flesh.

They turned her in their arms so that she faced Kantella, making quick work of removing her gown. She stood between them, naked but for her low sandals, her skin glowing in the moonlight. Her long, pale hair flowed to her waist.

“So beautiful,” Kantella rasped, his lips swallowing her gasp. 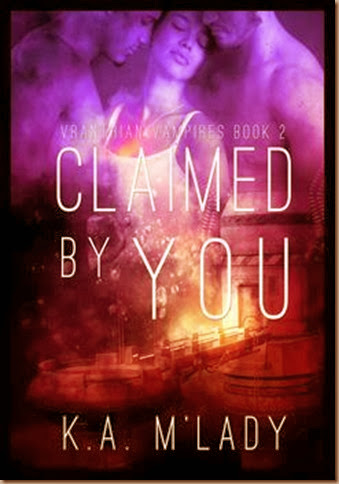 Magic Changes Everything When Loves Claims The Soul

On Vranthia, The Wasting is spreading, mutating, claiming not only the women of this fierce, warrior race, but stealing the lives of men, children, warriors, and now, some say, even the Elders among their race.

Rumors of the trion – the ancient joining of Vranthian, Darengy and Outworlder blood and magic as a cure – is growing beyond the halls of Prince Kuthar’s court. With his brother, Prince Draven’s recent joining, there is the first glimmer of hope for their people. But with hope comes lies and growing subterfuge. The Elders demand a rightful ruler and some will stop at nothing to get it.

Kuthar Balacjek – leader, warrior, and vampire is first in line to be the rightful king. Bred to rule from an early age, he has learned Vranthian laws, and their ancient history. He has studied their past, and fought their battles with the blood, sweat and ferocity, that only a true ruler can comprehend. But The Wasting is an enemy that even he is uncertain how to conquer. Will he find the answers he seeks in the ones whose fate he now controls? Or have they laid claim to his soul?

Cynthiana Rue – Cyn – has never been more irritated in her life. Space-napped by her best-friend and a misfit crew of alien vampires she is swept up in Vranthian legend, war and her captors’ unbridled passions. Will she fight for her freedom or give in to the unknown?

Ooen has known slavery his entire life. Bound since youth to guard the Elder, Vogeth, he has known a life of deception. And now, The Wasting has changed everything. Accused of Vogeth’s death, his fate now lies in the hands of the Vranthian ruler – something his human captive can comprehend. Will he too rebel, or will his magic help to set them all free? 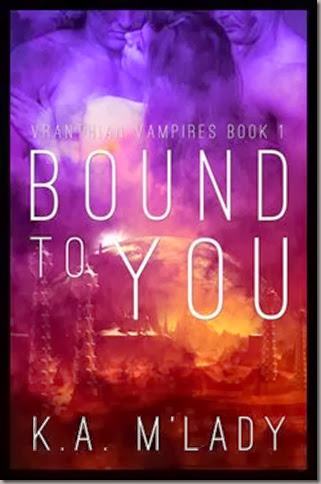 Under the dark skies of Vranthia The Wasting has spread, claiming victims by the thousands. Disease, madness and death shroud this fierce warrior race.

With the recent death of their mother, Queen Srionna Balacjek, and the imminent demise of their grieving father, King Kamet; three brothers must now find their own path. Will The Wasting’s dark madness claim them all as deceit and lies turn brother against brother. Or, is the key to saving their people in the legend of the trion. And will they find it in time?

Draven Balacjek -- warrior, Prince, immortal. Fierce in battle, sure and deadly as a dark a storm or the shadows he walks among, must choose between the ties of brotherhood or the possibility of a life without the parts of his soul he has bound in blood and magic.

The Vranthians have taken everything from Ook. Desecrated the Darengy people as a whole. But the visions of a grave-warrior tell no lies and the spirit of the human along with the fierce strength of his Prince, Draven Balacjek call to him as nothing before. Can their love together heal the wounds that time has wrought and free him of his darkness?

For singer, Leah Allen, the choice was never hers to make. But life, like the music her heart clings to, has a way of playing itself out. Will this strange new world and the fierce warriors she meets within it bring her shattered past the healing she has always needed or will the strangers she finds herself bound to be her hearts undoing? Can she make a choice between dark, intense Draven and exotic, muscular Ook? 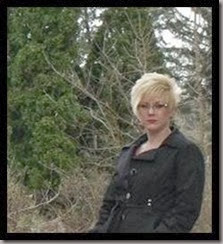 Author K.A. M’Lady lives a few stone throws from corn fields, chaos and congestion; all lying on the outskirts of the many burbs of Chicago. KA M'lady spends her days calculating life expectancies, mortality and the certainty of death and taxes while in her free time the dead wander freely, buy shoes, homes, the occasional odd business or two and, if you even think of charging them too much in taxes…well, let’s just say the tax man may never come back. But if he does he might just shamble a bit.

An All Romance eBooks bestselling author, K.A. M'lady's work has been described as scary, descriptive, beautiful, dark, frightening, addictive, sexy and believable. She loves to read paranormal romances, watching horror movies, westerns on Sundays with her husband, playing fetch with her pocket beagle, Chevy and buying weird shoes. Her friends call her eccentric, her family refuses to comment. She’s been lost in the world of fiction since she was a small child, and frankly, never wants to be found—at least not any time soon. “Myth and magic builds dreams and inspirations – and in an insane world, it is our dreams that spark the revolution of change. No matter which world is being conquered. Within our dreams – all things are possible.”