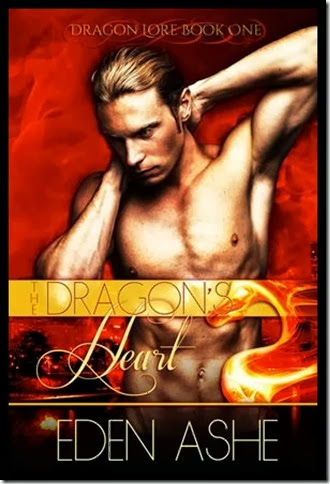 “We’re dragons. We don’t do the mushy friend thing.” - Daniel

The dragon-shifter king will do anything to keep his mate alive…even if it means war.

After millennia as king of the dragon-shifters, Daniel Ashborne wants a little peace and quiet, especially from the beautiful Hollywood starlet who haunts his memories. His escape tactics end abruptly when he is called to the ER to save the one woman he wants to forget, but who now bears his mark.

Shelby Kincade’s life and movie career were nearly destroyed when Daniel vanished a year ago. Now he’s back, claiming they have been accidentally mated. Getting over him once was hard enough, but she must choose either the life of her dreams or the man she can’t live without. With peace finally on the horizon between the dragon-shifters and the Hunters, an assassination attempt on the dragon king and his mate shatters everything. Tensions rebuild as Daniel and his loyal team of shifters try to discover who put out the hit. Enemy and ally lines are crossed, but in the end--after the battle ash has settled--no one could have foreseen who has plotted for their own gain.

A furious Daniel towered over her.

Realizing she was in an ambulance, she scooted back on the stretcher, pulling the sheet tighter around herself. Something was very, very off. There was no pain or range of motion issue with her shoulder. There was just a blackness where the last hour should have been. Whatever was wrong with her, it ran core deep, and had everything to do with the man treating her as if she’d caused all the wrongs in his world.

She let out a pathetic snort. He had vanished on her, leaving her to face the last year alone. The media wasn’t forgiving at the best of times, and they’d had a field day--field year--with America’s Good Girl falling from grace. A dead body, and the disappearance of the man accused of the crime, was too good of a story for the media not to run around the clock for a month straight.

It didn’t make any sense why he hated her. For as much hell as he’d caused her in the last eleven months, professionally and personally, nothing had prepared her for the blast of emotions that rocked her at seeing him standing close to her again. She had no idea what to do with the realization she’d missed him. As soon as she figured out what the hell was going on, she needed deep psychological help.

“So.” She was careful to keep her left arm tucked against her stomach as she tried in vain to put more distance between them. It still didn’t hurt, but the thought of ripping the rapidly healing wound open made her queasy. She’d never been a big fan of blood. Her teeth tugged at her bottom lip as she tried not to worry about how much space he took up, even while sitting on the bench. He was huge. “You’re alive.” When he leaned forward, bringing them closer together, she tried to keep her face impassive. Her gaze dropped to the huge forearms he braced against tree trunk-sized thighs, before she snapped her attention back to his face. He was a lunatic who looked to be on the verge of major violence. She wasn’t so confused she didn’t understand the combination was a powder keg with a lit fuse. “I wasn’t sure. The police said you were gone before the ambulance ever got to the hospital.”

She almost snorted at him. She’d spent the last year hoping he was still alive, and trying not to let the uncertainty drive her out of her mind. “I didn’t get myself shot on purpose, you know. So whatever you’re mad at me about, it’s not my fault. I didn’t ask them to call you.”

“Right.” He dragged his gaze from the mark over her heart back to her face. Though she was sure she was imagining it, she could have sworn his eyes lingered on her mouth. “Just like the Hunter showing up in your bedroom was just a weird twist of fate?”

“A hunter?” She asked, certain she was missing a huge part of the conversation. “Daniel, my house was in the most exclusive part of Los Angeles. There isn’t anywhere to hunt.”

She remembered that word from their first date. He’d told her it was an ancient dragon curse because his sister didn’t like him using cuss words. Funny. She’d thought it was sweet at the time. Now she was sure it just made him bat-shit crazy. 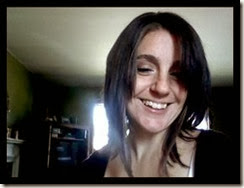 Convinced dragons have gotten a bad rep throughout time, and more than a little addicted to fairy tales and romance novels, Eden Ashe has decided to re-write history. In her version, the dragons are ancient warriors in tarnished armor, who not only deserve the girl in the end, but will fight forever for her.