Book Blitz and Giveaway: A Mate’s Bite by Milly Taiden 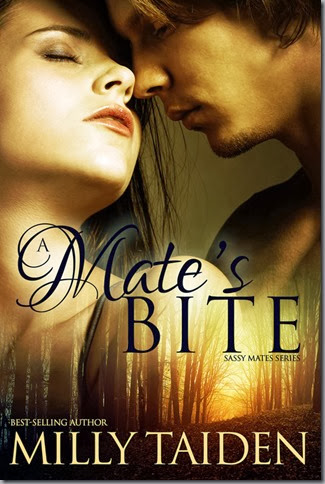 Mission: Don’t fall in love
After an explosive night of passion during a scenting ceremony, Karla Alves is sure she was just a one night stand for the man she'd been crushing on for years. She teased him and pleased him, and Nate hasn't been around since. Her fear of becoming clingy kept her from risking her heart and asking for more than a few hours of skin sin.
Mission: Crack her walls
She. Is. His. Nathan Wolfe marked Karla. His mate. Deeply involved in pack politics, Nate has had to stay away. When his sister warns that Karla needs him more than he thinks, he'll discover a bundle of secrets only his wolf can sniff out. But getting the woman he cares about to let down her guard may prove to be his undoing.
Mission: Embrace the bite
With Karla's wayward sister wreaking havoc and friends needing more of his time than ever, Nate will have to rearrange his priorities if he ever hopes to earn Karla's trust. But will time with her be enough? Only true love and a wolf's promise can hold together a relationship created with a bite, a scenting, and a hope for tomorrow.

Karla Alves listened to her friends’ hushed arguing—back and forth—over using the word “over.” She wanted to step in and tell them all to forget about the stupid word and remember the scenting ritual. After all, that was the whole reason they were using the stinking radio devices in the first place. The entire conversation was ridiculous, and she wished there was a mute button she could press. She peered into the woods and tugged on the ear piece.

“We are wearing frigging black spandex for you. I draw the line at painting lines on my face and hauling army gear. I am not going to end each thing I say with over,” Jordan threw in.

Thank you, Jordan. If Karla hadn’t agreed to help video the ceremony so Jordan could write a book for their friend Ellie, the only wolf shifter in the group, she’d never have thought to show up and peep into the ancient ritual.

Karla glanced down at the ceremony area. The Sexy Four—Ellie’s fine and fabulous brothers whom they all secretly loved to crush over—had just spoken to their parents before they separated and moved into the woods. Nerves and something like excitement sizzled in Karla’s blood. Great. She must be nuts if she thought being out there with the very real possibility of getting caught was exciting.

Emma barked out another radio command. That did it. She yanked the earpiece out. She was getting a migraine listening to all the orders from her friend. She loved Emma, really, she did. But she couldn’t handle any of her drill sergeant commands tonight.

Karla pushed another curl behind her ear while she ground her teeth. Her clothes were uncomfortable, and she kept stomping her feet in restlessness as if she was waiting for something big to happen.

The last time she’d felt this way, her brother Kelvin said she’d get into trouble. Sure enough, later that night, she’d had a fender-bender with a cop. Kelvin told her to stop ignoring her instincts and listen to what they said. Right now, they told her to get the heck out of there because she was in over her head. But did she listen? Oh, hell no. The excitement of seeing wolves in a mating ritual was just too enticing. Who in their right mind could turn the offer down? Obviously, this wasn’t something humans should be privy to, so her group of friends were to hide and stay quiet the entire night.

Karla had been tempted to point out all that was wrong with their plan, but she’d held back.

1. She hadn’t appreciated the black clothing request. She was hot. The damn yoga pants were from last year. They were a size too small and cut off her tummy, giving her a muffin top. She tugged at the front of the black tank and blew air into her boobs. It was hot.

2. They hadn’t eaten first. Now she was sweaty and hungry.

3. She has a perfectly good home that she could be in. Far away from trees, dirt, and creepy noises in the dark. Oh how’d she’d love to be wearing her stars and moons pajama pants in her too cold house.

Crouched down, she glanced at the ceremony area. Her thoughts turned back to the Sexy Four, and particularly Nate—the man no one else had ever measured up to. Nate, with his muscular body and tribal tattoos over his arms and chest. He had enough that she could spend a full day drawing each line of them with her fingers. Nate, with his pierced ears and all the making of a bad, bad boy she should really stay away from. But she couldn’t.

She remembered the first time she’d met him at Ellie’s house. The way he’d smiled. She was never the same again. Christ. That was almost seven years back. He’d come to her rescue multiple times. She’d blown a tire once, and he’d shown up out of nowhere to fix it before she had a chance to call a tow truck. And she would never forget the time they’d gone to the masquerade ball Ellie had for one of her birthdays. That had been the very first night Karla had worn a girly dress and done her best to look pretty. Or as pretty as she could get away with. The gold medieval gown she’d borrowed from her drama class had allowed her to look the part of a beautiful princess. Nate had worn a pirate outfit. The one with his chest all bare. At the time, his hair had been longer, shaggy and tempting her to run her fingers through. The tight pants and almost wild features had played havoc with her thinking ability.

When she’d seen him, all she could think of was touching his half-naked chest, running her nails down the washboard abs, and biting a nipple that continued to peek from the white shirt. One look. That’s all it took for some kind of magic to happen. Her heart beat fast and her palms moistened with perspiration. She’d rushed away to grab a much-needed breath of fresh air. He’d followed her outside and kissed her. A single kiss under the moonlight, and she’d become infatuated with him for the rest of her college years. The memory of his firm warm lips over hers rushed blood to her head. Her lips tingled with the reminder of how much he’d turned her on.

Her infatuation with him wasn’t healthy, and it bordered on pathetic. Tired of feeling like a failure in the relationship department, tired of waiting on a man who might never be, she needed to start dating. She wanted a family of her own. She wanted a man who would be there long term. She wanted more. 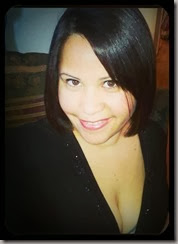 Hi! I'm Milly (AKA April Angel) I love to write sexy stories. They're usually either paranormal or contemporary with a large dose of heat. My paranormal stories can be anything from wolf-shifters (my favorites) to witches, demons and anything in between. My contemporaries are usually anything from soldiers to corporate romances.

I was born the prettiest part of the Caribbean known as the Dominican Republic. Currently, I live in New York City with my hubby, the bossy kiddo and our little dog "Needy Speedy". Don't ask.

When I'm not working some really long hours at the day job, or hanging out in the awful life-sucking invention known as Facebook, messaging my bestie in the UK or shopping with my sis Julie, then I can be found watching scary movies. Buuut when I'm not doing that, I'm usually writing because the voices won't shut up.

I am addicted to shoe shopping, chocolate (but who isn't, right?) and Dunkin' Donuts coffee.

Come on over and visit me! I love to meet new readers!

Like my books? Want to stay on top of all things Milly? Sign up for my newsletter http://mad.ly/signups/87477/join

There’s a monthly $50 GC Giveaway to all the emails signed up to get the latest news on my releases.