Series Blitz: Master of The Opera by Jeffe Kennedy 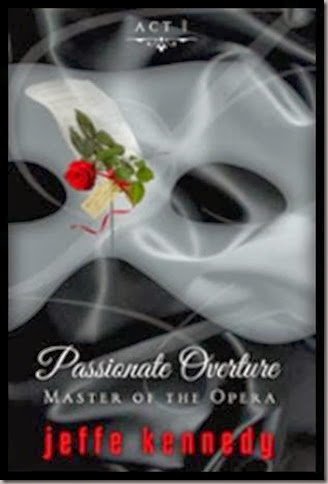 In the first tantalizing installment of Jeffe Kennedy's ravishing serial novel Master of the Opera, an innocent young woman is initiated into a sensual world of music, mystery, passion--and one man's private obsession. . .

Fresh out of college, Christine Davis is thrilled to begin a summer internship at the prestigious Santé Fe Opera House. But on her first day, she discovers that her dream job has a dark side. Beneath the theater, a sprawling maze of passageways are rumored to be haunted. Ghostly music echoes through the halls at night. And Christy's predecessor has mysteriously disappeared. Luckily, Christy finds a friend and admirer in Roman Sanclaro, the theater's wealthy and handsome patron. He convinces her there's nothing to fear--until she hears the phantom's voice for herself. Echoing in the labyrinths. Singing of a lost love. Whispering her name: Christine.

At first, Christy thinks she's hearing things. But when a tall masked man steps out of the shadows--and into her arms--she knows he's not a phantom of her imagination. He is the master of her desire. . . 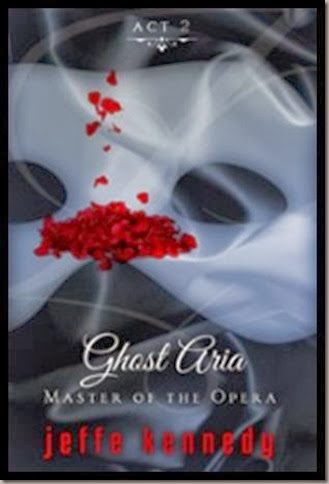 In the second seductive installment of Jeffe Kennedy’s thrilling Master of the Opera, a young woman falls deeper under the spell of the man who haunts her dreams, fuels her desire, and demands her surrender…

With each passing day of her internship at the Santé Fe Opera House, Christine Davis discovers something new, something exciting—and something frightening. Hidden in the twisting labyrinths beneath the theater is a mysterious man in a mask who, Christy’s convinced, is as real as the rose he left on her desk—and as passionate as the kiss that burns on her lips. He tells her to call him “Master,” and Christy can’t deny him. But when her predecessor—a missing intern—is found dead, Christy wonders if she’s playing with fire… 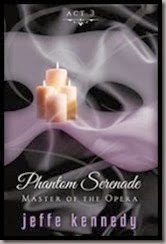 In the third enticing installment of Jeffe Kennedy’s enthralling Master of the Opera, a woman finds herself torn between two powerful lovers—and one reckless passion that leaves her aching for more…

Haunted by doubts, deception, and danger, Christy must choose between the warnings in her mind, the feelings in her heart…and the wild, forbidden yearnings that set her body on fire. 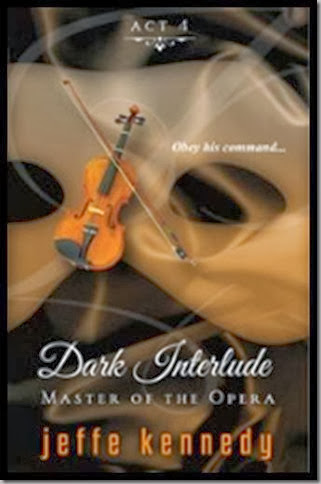 Reeling from the discovery of a dead body in the Santé Fe Opera House, intern Christy Davis is forced to reassess the strange, erotically-charged relationship she’s forged with the mysterious masked man who lives in the labyrinths below. Could her masterful lover be capable of murder, and worse? Perhaps it was the thrill of danger that drew Christy to him in the first place—like a moth to the flame—instead of a more conventional romance with the opera house’s handsome benefactor, Roman. For the sake of her sanity, she must at least give Roman a chance. But for the love of her master, she must give in to every wild fantasy, every wicked game, and every whim he commands…

Is Christy prepared to make the ultimate sacrifice? To surrender her heart, her soul, her everything? First she must acknowledge the truth: a woman in love can serve only one master… 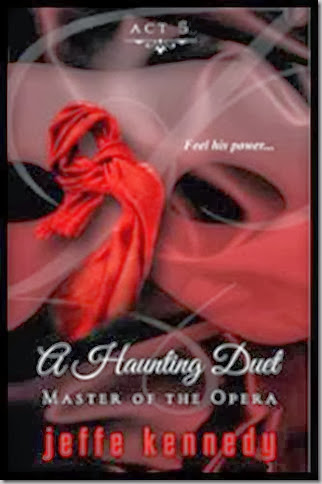 In the fifth erotically charged installment of Jeffe Kennedy's scorching Master of the Opera, a daring young woman follows her reckless desire for the perfect lover—to the point of no return. . .

He is more than just the man of her dreams. He is the master of her destiny. A mysterious masked stranger who haunts the darkened tunnels beneath the Santé Fe Opera House, the Master is like no other lover Christy has ever known. He has lured the beautiful intern to the very brink of ecstasy—and beyond. He has pushed the boundaries of her sensuality and tested the limits of her passion. But now the Master wants more. If Christy accepts his challenge, she must be willing to go further than she's ever gone. She must surrender to his every desire. She must submit to his every command. She must expose herself body and soul—or bear the scars of a broken heart forever. . .

Tonight is the night she must make a choice: to free herself from one man's obsession. . .or bind herself to him for life. 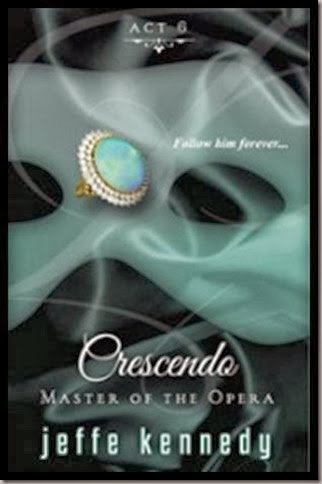 In the sixth and final installment of Jeffe Kennedy's sizzling Master of the Opera, a man and a woman risk everything they've ever loved—for the most dangerous passion they've ever known. . .

Caught in a web of secrets and lies, Christy Davis has come under the suspicion of the local police. Since becoming an intern at the Santé Fe Opera House, she has witnessed strange occurrences in the underground tunnels. She has heard inexplicable whispers in the shadows after midnight. And she has found the lover of her dreams in the masked man who lives down below. But after the discovery of a dead body and other sinister events, Christy realizes that her life is in danger. Two men hold her fate in their hands: Roman, the opera house's wealthy benefactor who uses his money and power to control her. And the masked maestro known as the Master who demands her surrender and commands her pleasure with each stroke. Both want her; only one can have her. . .

In a rising crescendo of madness, obsession, and lust, Christy must take a chance and follow her heart—to a breathtaking climax as powerful as love itself.

All six books can be found at eKensington.com 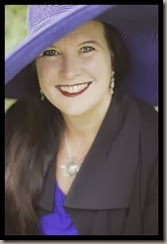 She is currently working on Master of the Opera and The Twelve Kingdoms, a fantasy trilogy.

Jeffe lives in Santa Fe, with two Maine coon cats, a border collie, plentiful free-range lizards and a Doctor of Oriental Medicine. Jeffe can be found online at her website: JeffeKennedy.com or every Sunday at the popular Word Whores blog.

Posted by authorkarenswart at 10:50 AM