Book Blitz and Giveaway: Burn For Me by Cynthia Eden 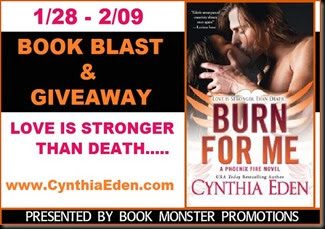 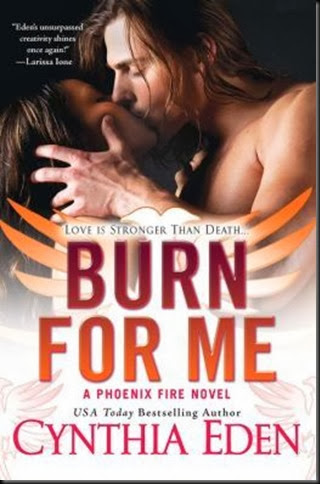 Eve Bradley was undercover looking for a story, not a cause. But something about the man they called Subject Thirteen got her involved. The scientists said he was a devil, and they had a decent case: Terrifying power. A bad attitude. And looks that could lead anyone to sin. . .

Cain O’Connor knows the minute he catches her candy scent that Eve could drive him wild. But she’s a threat–in a way no one has been for him in years. She’s safer away from him, too. But with a powerful conspiracy determined to shut Eve up for good, there’s no time to argue. All they can do is trust their instincts–and their hearts. . .

Cynthia is a southern girl who loves horror movies, chocolate, and happy endings.  She has always wanted to write (don’t most authors say that?), and particularly enjoys creating stories about monsters–vampires, werewolves, and even the real-life monsters that populate her romantic suspense stories.

Cynthia’s foreign sales for her books include translations to Japan, Germany, Thailand, Greece, and Brazil.