Character Interview with Daniel Ashborne, from The Dragon’s Heart by Eden Ashe

Hi guys, today on the blog we have the delicious Daniel Ashborne, from The Dragon’s Heart by Eden Ashe. So sit back and relax and let’s find out more about this dreamy guy.

The Dragon King. At several millennia old, Daniel’s only goal in life is to keep his people safe. When Shelby Kincade becomes the only dream he’s ever had, he has to make the decision to fight for the woman he doesn’t know how to live without, or let her go to keep her, himself, and his people safe. 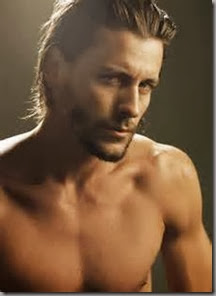 Daniel snorts out a humorless laugh: My worst quality is probably my tendency to sound like a bastard every time I open my mouth. I don’t mean to be a jerk, but I’m the king. I say what I’m thinking because I don’t have time to worry about prettying up my words to spare feelings. And best quality? Ah, okay. I’m not sure I have a ‘best’ quality, but Shelby assures me it’s my ability to love. I have to admit I never thought about it before, but Shelby opened something in me, a willingness to open my heart and admit I became king because there’s nothing I wouldn’t do for the people in my life.

That’s a tough one. I generally don’t care what people thing, except for Shelby, but I guess if I have to answer, it’s that I don’t mean to sound like an ass all the time. I’m still working on softening the words in my head before I allow them to come out of my mouth.

:He winces a little: Don’t tell Shelby, but I’ve been taking cooking lessons. She’s been teaching herself and she’s not bad, but she loves to eat and it’s one of those things I want to be able to do for her.

Failing. Failing my people, my dragons, failing Shelby. I am king not only because I am the strongest, but because there is nothing—nothing—I wouldn’t do to protect my clan.

A family. I want kids. But until this war is over, it needs my absolute focus. Shelby’s already been used against me once, and I’ve barely recovered from that. I’m not adding children to the list of people that make me vulnerable.

He grins, his silver eyes lighting up: Mated until the end of time, and currently engaged.

He half-snorts, half-winces: Dark Henley’s and jeans. Shelby says my wardrobe reminds her of a storm cloud.

Is it considered being a rebel when you’re the king and can do whatever you want, whenever you want to do it?

Somehow convincing Shelby I’m worth taking a chance on.

Crawling into bed every night next to the love of my life. The way she sleeps half on top of me, as if to make sure I don’t disappear on her.

Edgy. The war between dragons and hunters is ramping up, and I need to assure my people are ready. I want peace, and I refuse to lose anymore dragons to a war that no longer makes sense.

My arsenal. It keeps those I love safe.

Apparently I growl a lot.

The eleven months I lost believing Shelby had hired someone to kill me.

His ability to protect those physically weaker than him.

Strength and courage, the ability to fight however they need to when the world is collapsing around them. It’s not always a physical fight, sometimes it’s just standing up again and refusing to be beaten down.

Eomer from The Lord of the Rings. Even when he was banished, he still fought for his king and country.

Patrick Stewart. His work to stop abuse is the stuff of legends.

My inability to speak sometimes. It would cause a lot less fights if I could just say what I’m thinking.

From the Harry Potter movies: It does not do to dwell on dreams and forget to live.

If you would like to know more about Daniel and his world check out today’s book blitz.

Posted by authorkarenswart at 10:05 AM