Book Blitz and Giveaway: The Soul Stealer by Maureen Willett 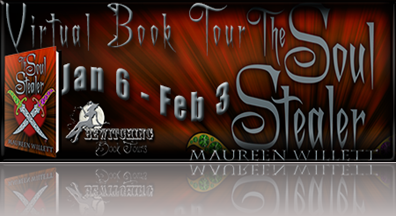 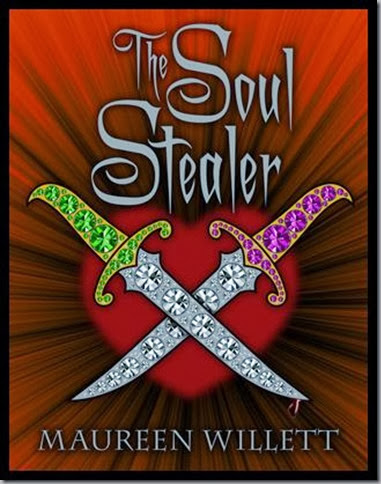 Hunter Blackthorne has almost all he needs: powerful magic and the seductive art of deception. Now, all he needs is her soul.

In the dark, twisting world of The Soul Stealer, half-human Hunter Blackthorne embarks on a quest to vanquish the heir of his father's enemy by stealing her soul. Though his father would settle for her mere death, Hunter is determined to pilfer Malia Smalls' very essence in hopes of obtaining supreme power. The Soul Stealer is a story of questioned loyalties, power struggles, and decidedly unconventional romance.

Since his target is a mere human, Hunter's mission seems laughably straightforward. However, upon meeting Malia, Hunter realizes that this task is anything but uncomplicated. Hunter starts to waver between commitment to his father's cause and an unshakable feeling of foreboding guilt over his mission. Hunter thought he knew everything there was to know about his identity and his family, but signs of a darker truth lurk below, threatening to overturn everything.

A story of alternate realities and twisting complications set in exotic Hawaii, The Soul Stealer is a story of fantasy, magic and mysticism, but also a story about humanity and the moral and emotional conflicts that we all face. The Soul Stealer transports the reader to an exciting, dangerous, and captivating world that won't be easily forgotten. 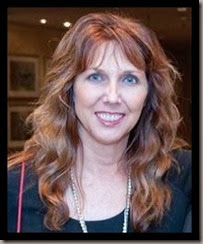 Since she was in grade school, Maureen Willett has been a writer of fiction that pushes the boundaries of what is and isn’t. At that time, she twisted class writing assignments into stories about witches, tricksters in the night, and sparkling faery dust. And, participating in the art of levitation every time her family gathered at holidays made Maureen feel more than qualified to write fantastic tales. Magic had always been a secret part of her family’s legacy--toyed with but never spoken about.

But life got in the way. A successful career in automotive journalism and public relations in Los Angeles took her places in the corporate world she had dreamed of while majoring in communications in college. Climbing the corporate ladder to vice president of a prestigious public relations agency was engrossing, but did she really want to spend her days writing about cars and monster trucks, and trying to break through the thick glass ceiling of the automotive world?

Then one day, she was offered a transfer to the Honolulu, Hawaii, office of her agency. She jumped at the chance to change her predictable and stressful existence for one of soaking up the sun on a white, sandy beach. Or so she thought.

Hawaii didn’t prove to be as stress free as Maureen had hoped, but it did offer a fresh perspective. After two uncertain years of trying to blend into the foreign island culture, Maureen fell in love with Oahu and vowed never to leave. The tropical paradise held a soft yet powerful mysticism that inspired her to set pen to paper once again.

Even the office buildings in downtown Honolulu were haunted. Maureen often saw ethereal beings in the halls of the radio station where she was the manager of local and national sales. These pesky pieces of grey mist didn’t bother her, though. Maureen thought of them more as interesting topics for urban fantasy tales than scary apparitions.

Magical creatures pop off the pages of her novels, but at the core of each story are great characters in very human conflicts that anyone will find compelling. Very often, Maureen writes about angels, faeries, and even leprechauns, but they are always woven through an authentic story.

As an avid reader herself, Maureen wants a page-turner that keeps her up until the wee hours of morning. She strives to create that same experience for her own readers. Each novel is carefully crafted as an exciting, mind-bending experience that will take readers beyond their day-to-day lives.

But don’t expect to think too hard, or contemplate the meaning of life. Pure fun and page-turning entertainment is what you’ll find in a novel by Maureen Willett. It’s almost a magical experience.